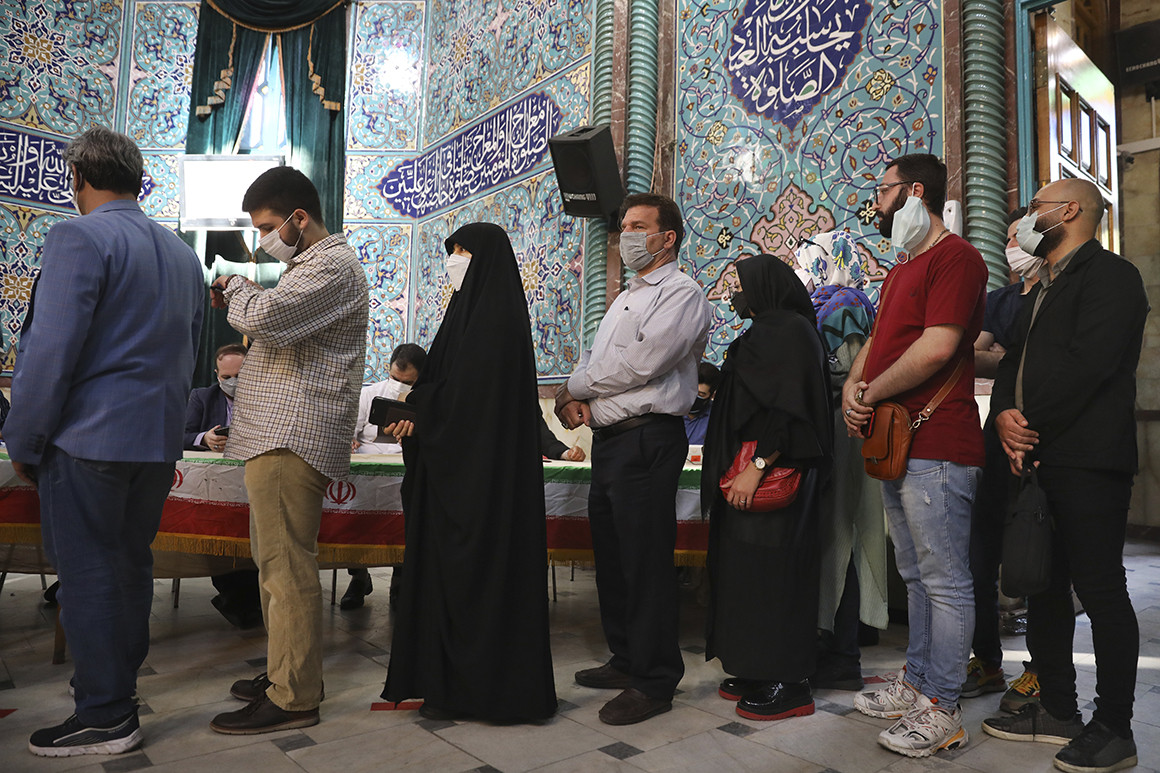 Washington, DC – National Iranian American Council (NIAC), the largest grassroots organization of Iranian Americans, issued the following statement following the announcement that Iran Judiciary Chief Ebrahim Raisi will be the next President of the Islamic Republic of Iran:

“The ascension of Raisi to the presidency will be widely viewed as a victory for hardliners in Iran and the U.S. who seek confrontation over conciliation between the U.S. and Iran. The authorities of the Islamic Republic will have to grapple with the fact that so few Iranians felt compelled to vote due to anti-democratic machinations and to the efforts to silence and delegitimize voices that fall outside of the exceedingly narrow spectrum of what is deemed acceptable political debate.

“Ultimate accountability for the suffering of ordinary Iranians and the steady diminishment of any claim to republicanism in Iran lies with Iran’s ruling authorities, starting with Supreme Leader Ayatollah Ali Khamenei. As Americans, we must also hold our own government to account for any role it has played in helping to undermine the aspirations of the Iranian people. The lesson from the past four years — where an ascendent Iranian movement for moderation and engagement marked by record-breaking voter turnout in successive elections and a landmark diplomatic agreement with the U.S. was snuffed out and replaced with what we have today — is that U.S. coercion and interventions with Iran benefit the most authoritarian elements of the Islamic Republic. This was Iran’s Maximum Pressure election and the authorities predictably have been aided by our policies to further consolidate economic and political power in the country.

“The best and only effective response to this outcome is for President Joe Biden and his Administration to remain vigilant in pursuing the full restoration of the Iran nuclear deal as a first step towards direct diplomacy that can improve lives, prevent war, and create circumstances far more conducive for Iranians to secure their aspirations.

“The election of Raisi will be met with the same calls from those who oppose diplomacy as an excuse to revert to the dangerous status quo that helped bring us to this point. Instead, the Biden Administration must remain resolute and seek a break from the disastrous conditions that helped contribute to this result. Only diplomacy can resolve the serious challenges we face with Iran regarding non-proliferation, regional security, and supporting the human rights of Iranians.

“In addition to direct talks, the Biden Administration should be considering any and all steps necessary to reduce the burden of sanctions on the Iranian people and on Iranian civil society that has so vastly increased these past four years, and ensure that any such measures are squarely targeted at bad actors rather than the broad Iranian populace.

“The pendulum often swings in Iranian politics between various factions, and now it is tilted heavily toward hardliners at a critical juncture for both the U.S. and Iran. As Iranian Americans, we stand in solidarity with the people of Iran and will continue to press for our own government to take actions that put people, not ideology or great game geopolitics, first.”