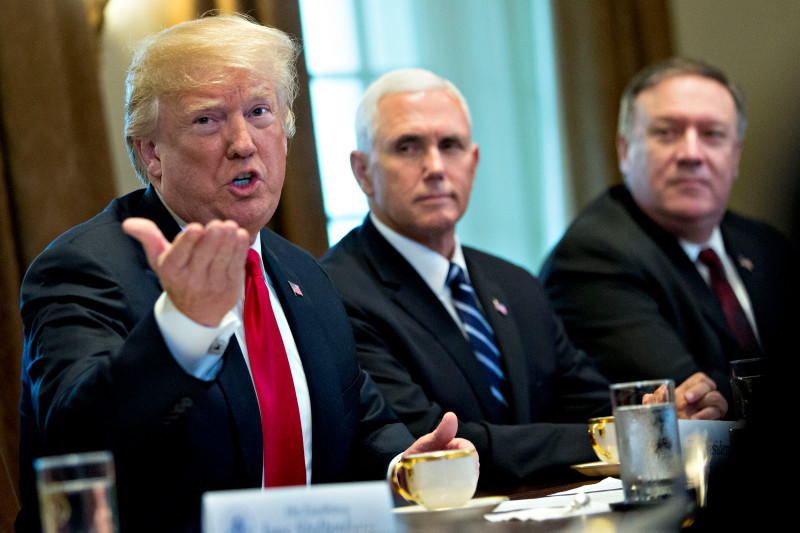 WASHINGTON DC – NIAC President Jamal Abdi issued the following statement regarding a New York Times report that President Trump sought military options to respond to Iran’s nuclear expansion, which was triggered by the U.S. withdrawal from the Joint Comprehensive Plan of Action:

“Trump’s request for military options to strike Iran’s nuclear program in his waning days in office encapsulates the bankruptcy of the pressure-only approach toward Iran favored by so many in Washington. Trump clearly seeks to demolish any chances for U.S.-Iran de-escalation under a Biden administration. His desire to bomb Iran comes as his administration plans to pile on more sanctions all the way up to January 20th to tie Biden’s hands diplomatically and prevent the restoration of the 2015 nuclear deal.

“Trump took office in a more favorable position on Iran than any President since Jimmy Carter. Iran’s nuclear program was contained and there were prospects to resolve further challenges since the two countries were finally talking. Trump listens to opponents of diplomacy and burned it all down, sparking an entirely-avoidable crisis that he now wants to try to bomb his way out of.

“All political leaders should be clear: this recently-defeated President has no authorization for a new war. Bipartisan majorities in Congress directed the President to withdraw from hostilities with Iran earlier this year and should reiterate this point.

“Fortunately, the days of Trump’s reckless leadership are drawing to a close – and not a moment too soon. It is more important than ever that President Elect Biden take the U.S. off the path of war and return to compliance with the nuclear deal.”