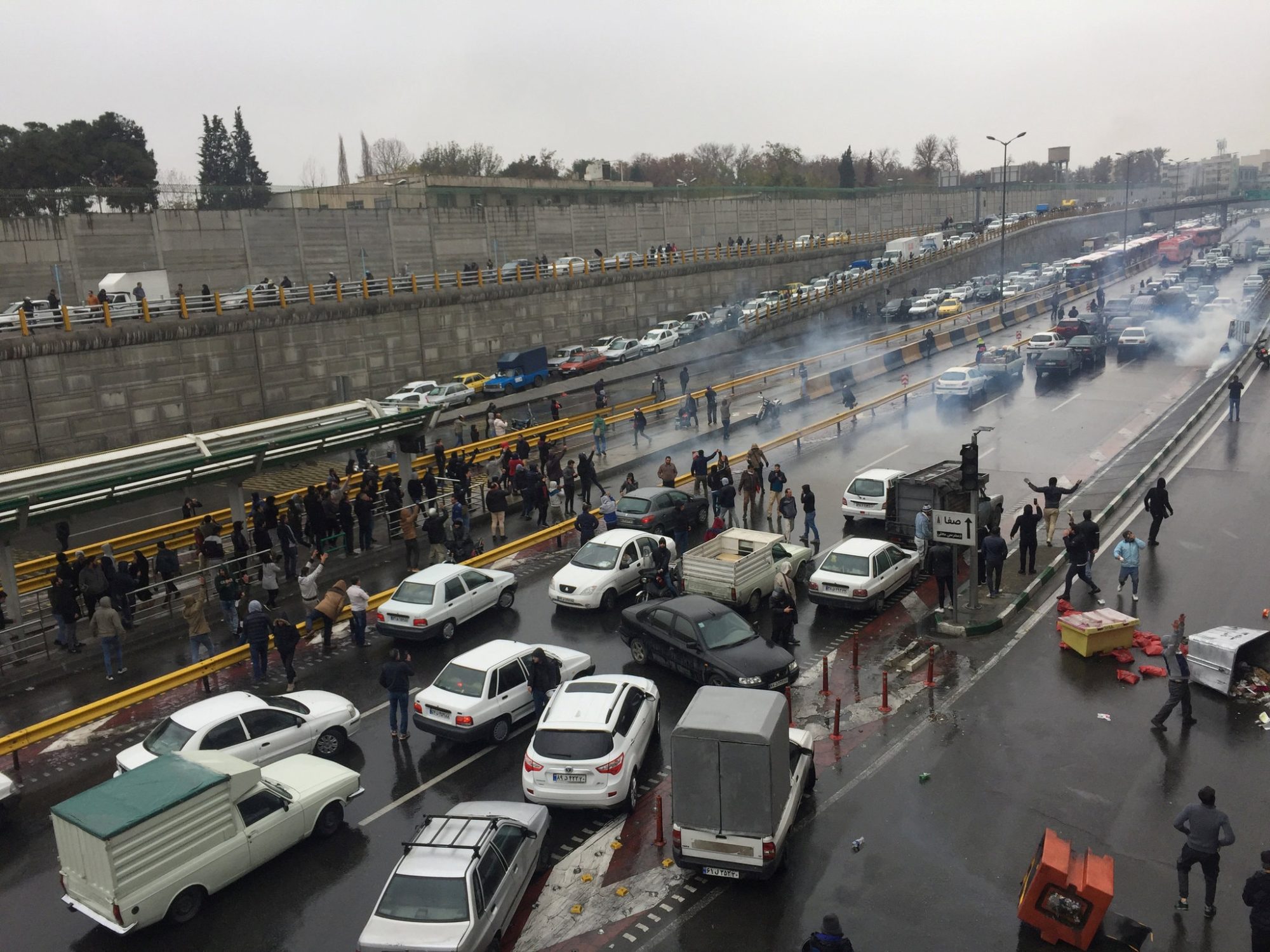 WASHINGTON DC – Jamal Abdi, President of the National Iranian American Council, issued the following statement on the one year anniversary of protests that erupted in tens of cities across Iran and a violent crackdown by Iranian authorities that killed hundreds:

“Today, we remember the Iranians killed last year in a brutal crackdown by Iran’s security services and reiterate our condemnation of Iran’s use of force against peaceful protestors and efforts to conceal its actions via an unprecedented stifling of the internet. Some reports suggest that Iranian authorities have plans in place to stymie protests that might ensue on the anniversary, violating the rights of Iranians to freedom of assembly and freedom of expression.

“NIAC continues to call on Iran’s government to uphold its international human rights obligations and urges that Iran’s government expand its recent granting of amnesty to 157 prisoners arrested during the protests and free all prisoners of conscience.

“True accountability for the Iranian people has been difficult to secure, and unfortunately the gross human rights violations and corruption of Iran’s government is all too often used to justify U.S. policies that further punish the Iranian people and ultimately benefit the regime. We hope the incoming Biden administration will end the inhumane sanctions imposed on ordinary Iranians that undermines their struggle for human rights, take steps to credibly hold human rights abusers accountable, and restore America’s diplomatic power so we can truly pursue legitimate human rights interests.”