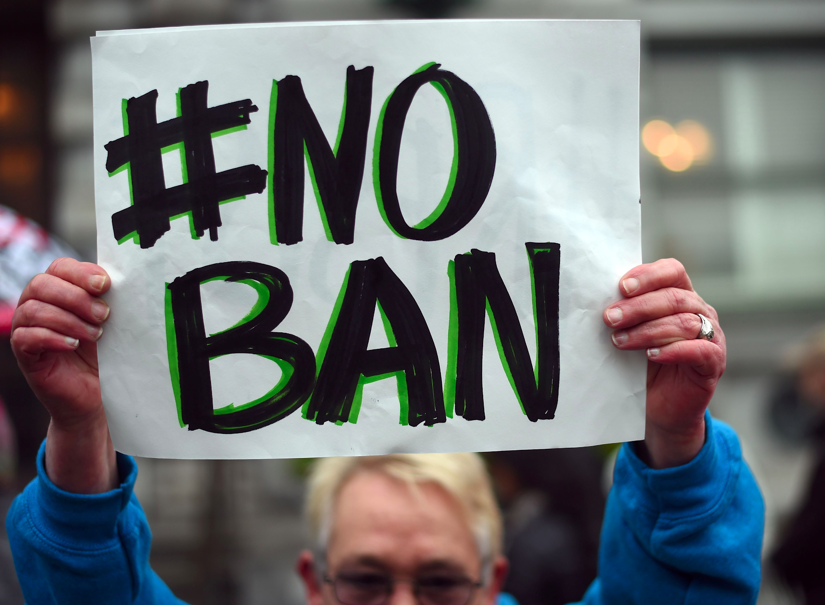 Washington DC–Jamal Abdi, President of the National Iranian American Council (NIAC), issued the following statement on the House passage of the NO BAN Act (H.R. 1333) from Rep. Judy Chu (D-CA) and Access to Counsel Act from Rep. Pramila Jayapal (D-WA):

“The protests against Donald Trump’s Muslim ban fed into a movement that swept Trump from office and brought in Joe Biden, who ended the ban on his first day in office. But the work remains for those who continue to be impacted by the ban and communities – like the Iranian-American community – who risk being targeted by subsequent bans. Unfortunately, Trumpism and the ugly xenophobia that fuels it remains a powerful force in American politics.

“Thankfully, the House took the first step toward guarding against any future discriminatory bans by passing the NO BAN Act. This critical legislation – crafted by legislators in consultation with civil rights groups and impacted communities – helps ensure that the stain of the Muslim ban is never repeated. Now it is time for the Senate to officially debate the ban for the first time and pass the NO BAN Act. We call on Sen. Schumer and all Senators of good conscience to send the NO BAN Act on to President Biden for his signature. We also call on Congress and the administration to ensure that all those impacted have had their harm redressed, including diversity visa recipients unjustly blocked by Trump’s discriminatory orders.

“Iranian nationals and Iranian Americans were the Muslim ban’s largest target, with 30,000 Iranians denied solely on the basis of Trump’s bigotry. Yet our community never accepted the ban and fought tooth and nail to ensure it was defeated and that families could reunite.

“Considered along with the NO BAN Act is Rep. Jayapal’s Access to Counsel Act, a critical bill to ensure that U.S. nationals and those with valid visas have access to a lawyer at ports of entry. Under the Trump administration, many individuals of Iranian heritage were subjected to detention, deportation and abuse solely on the basis of their national origin – including students with valid visas deported arbitrarily and Iranian nationals detained at the Blaine Port of Entry amid heightened tensions with Iran. The Senate should pick up this bill and pass it without delay, along with the NO BAN Act.”