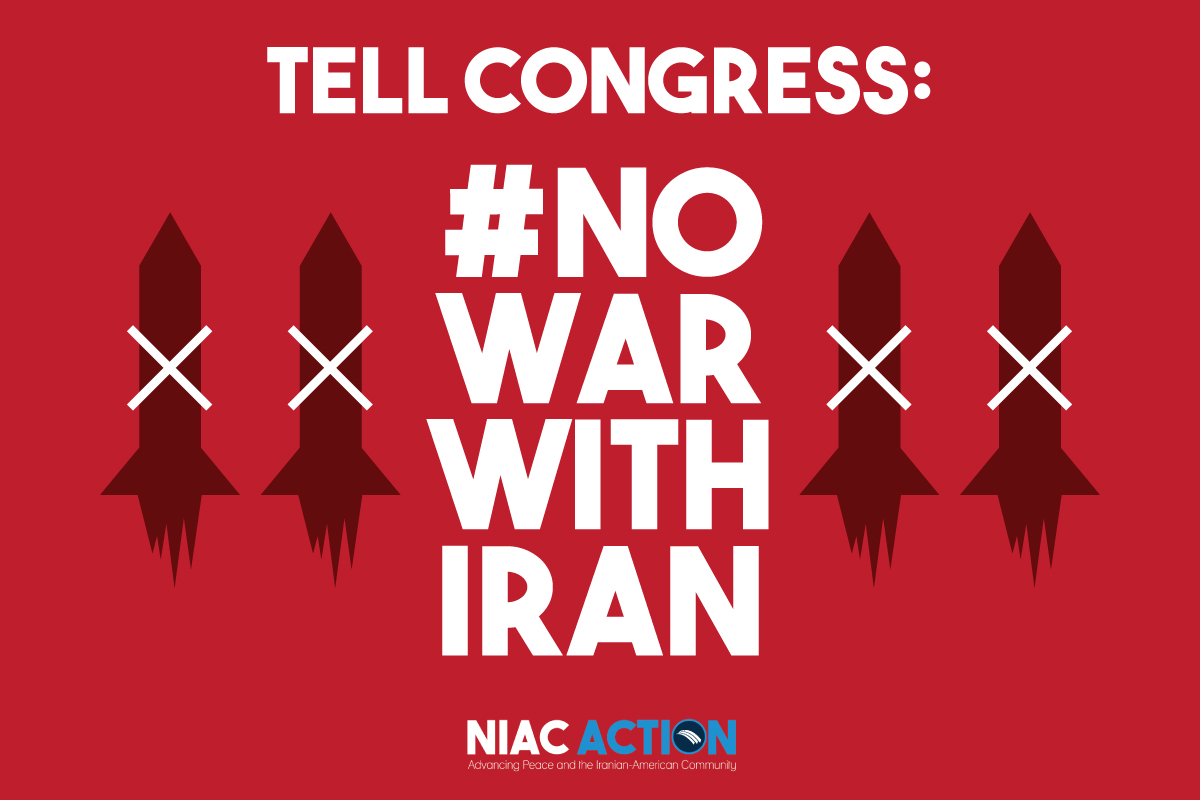 Washington, DC – As early as next week, the House of Representatives will consider the National Defense Authorization Act (NDAA) – often the most significant annual foreign policy legislation that is considered by the U.S. Congress. The NDAA is one of the few foreign-policy related bills that is considered a “must-pass” priority by both Congress and the administration, so the process of amending the final language before the final vote is highly consequential.

Among the positive legislative proposals offered, Rep. Ro Khanna (D-CA) has offered two important amendments clarifying that nothing in the NDAA or any other act authorizes the use of military force against Iran. Similar amendments have been added to many past NDAAs, and help to clarify that the Biden administration does not have authorization for military conflict against Iran. With the nuclear crisis continuing to escalate as the administration has failed to lift sanctions and restore the JCPOA, Khanna’s amendments are both factual and an important reminder of the stakes.

Second, Rep. Chuy García (D-IL) has offered an amendment requesting that the Government Accountability Office (GAO) conduct an independent review of the humanitarian impacts of U.S. sanctions. A similar amendment was adopted by the House of Representatives in last year’s NDAA, but was dropped from the final bill. Given the continuing humanitarian impacts of sanctions, which were exacerbated by the COVID-19 pandemic, the García amendment is an important initiative and can support a broader understanding of the human impacts of sanctions. It is important that it is included in the final NDAA.

Third, a bipartisan amendment from Reps. Tom Malinowski (D-NJ), Brian Fitzpatrick (R-PA) and several other lawmakers from both sides of the aisle requires the the Biden administration to issue a report on Iran’s online repression and encourages the administration to support internet freedom in Iran by broadening sanctions licensing. It reflects an October letter from Fitzpatrick and Rep. Gerry Connolly that encouraged the administration to support internet freedom by broadening General License D-1, and fits with NIAC’s years-long support for exempting key communications tools from U.S. sanctions. Regrettably, sanctions licensing has not kept up with the pace of technology, as General License D-1 was published in 2014 and has not been updated since. With major technology firms having pulled out of the Iranian market, and Iran’s government continuing its efforts to restrict online spaces and impose internet shutdowns at times of unrest, the Biden administration should heed the authors of this amendment and revise its licensing accordingly. NIAC Action strongly supports the amendment and will work to ensure that it is adopted into the final NDAA.

Additional amendments may also be relevant for the Iranian-American community and all pro-peace Americans. Rep. Khanna has offered an amendment requesting an assessment of the feasibility and costs of a proposed missile defense system for Israel and the Gulf states, which is a central piece of President Biden’s proposed deal with the Kingdom of Saudi Arabia that may be announced during his trip to the region next week. Earlier language adopted by the House Armed Services Committee encourages the Biden administration to establish a regional missile defense system aimed at countering Iran yet fails to request any clarification on the feasibility, costs and potential diplomatic impacts of putting such a system in place. A separate amendment from Rep. Ilhan Omar (D-MN) prohibits funding for entering into any new security agreements with Saudi Arabia or the United Arab Emirates without prior Congressional approval.

Separately, an amendment from Reps. Malinowski, Khanna, Katie Porter (D-CA) and Anna Eshoo (D-CA) requires the State Department to detail which foreign governments have been funding inauthentic social media accounts that target and intimidate individuals in the United States. Regrettably, it appears that the Iran debate has been heavily skewed at times by inauthentic accounts, including via the IranDisinfo scandal and bots boosting Trump administration messaging.

Several more Iran-related amendments have been offered aimed at restricting the Biden administration from offering sanctions relief to Iran. Such efforts would take direct aim at renewed American compliance with the Iran nuclear deal, though are somewhat unlikely to be made in order as Democrats – who are generally aligned with the President’s diplomatic efforts – control the chamber.

The Rules Committee will meet early next week in order to determine which amendments offered will receive votes on the House floor. Once the House version of the NDAA passes, which is expected later this month, representatives of the Senate and House will meet to negotiate the final version of the bill that is sent to the President’s desk and signed into law. Even if an amendment is adopted by the House of Representatives, it will not necessarily make it into the final bill. NIAC will continue working to help pass these positive amendments and is tracking the process closely.