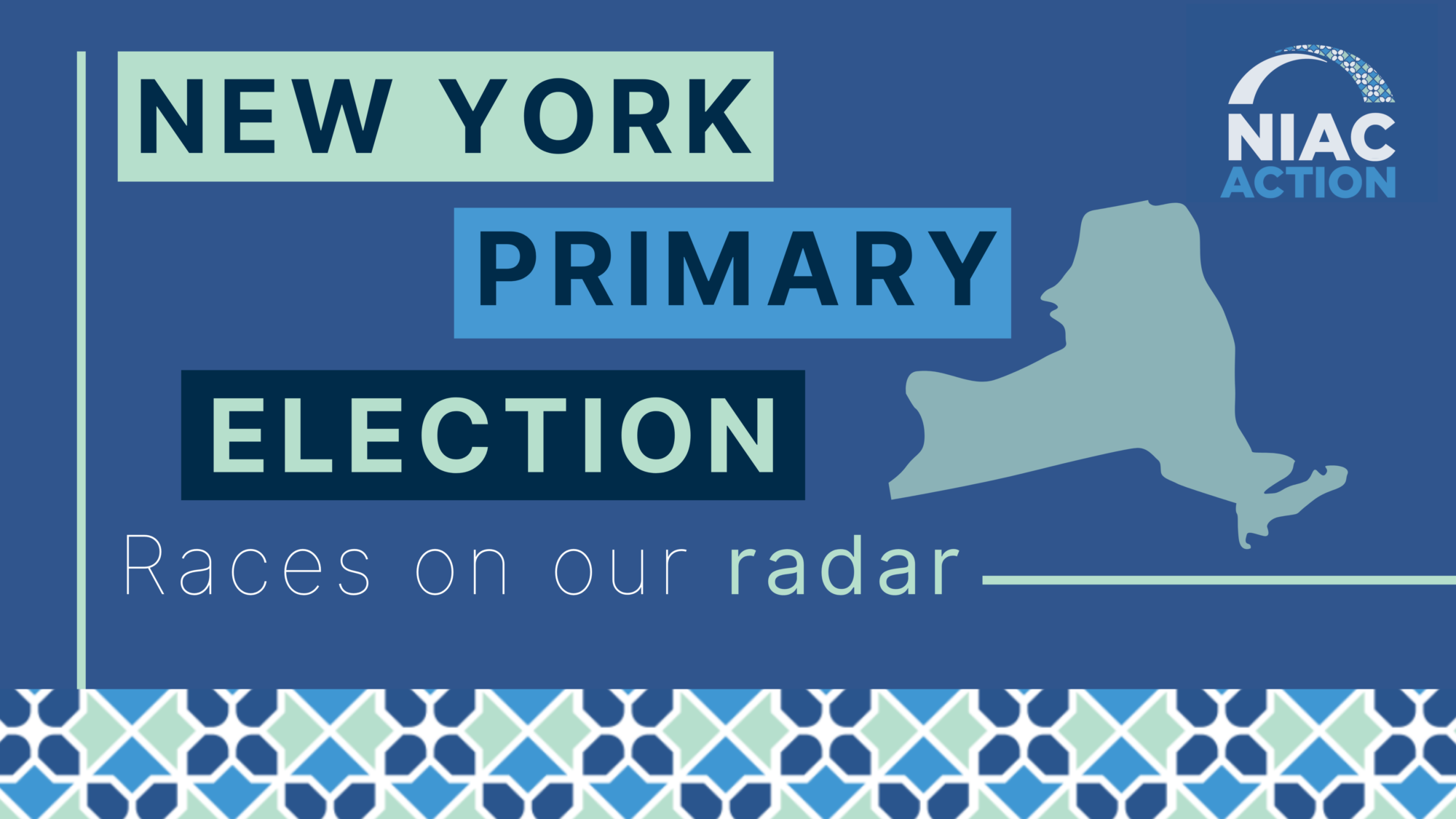 In NY-10 Dan Goldman beat Yuh-Line Niou by a tiny margin in a very crowded race. Goldman’s 16,000 votes scraped past Niou’s 15,000, while candidates like Rivera and Jones had over 10,000 votes each. With Jones being pushed into NY-10 it made the race more difficult for a progressive candidate to win.

In NY-12 Even though he lost half of his constituents in rezoning, Nadler won in a landslide victory with 45,000 votes against Maloney’s 20,000 and Patel’s 15,000, establishing the Upper West Side as a political force to be reckoned with. Even though Patel finished third, he still was able to come close to the longtime Upper East Side incumbent Maloney and showed that he is a formidable opponent.

In NY-16 Bowman won his primary with 17,000 votes to Gashi’s almost 7000,  implying that NY-16 is happy with Bowman’s track record. Having won a district that is now mostly Westchester, the pro-diplomacy legislator has established himself as here to stay.

In NY-17 Sean Patrick Maloney won his primary against progressive challenger Biaggi with 21,000 votes to her 10,000. It seems that while Biaggi invested heavily in canvassing, she didn’t focus on TV advertising.  That could have been a major factor in her loss to Maloney, who voted for the JCPOA in 2015.

Tuesday, August 23, 2022 is New York’s second Primary Election Day in 2022. Due to a court rejection of the first redistricting attempt, New York’s Congressional and State Senate primaries were separated from the majority of the state and local races. That being said, with AIPAC and DMFI spending millions of dollars in competitive Congressional primary races, the battle for diplomacy with Iran will be on the ballot this August. It’s especially important to follow these competitive primary races as important issues including, peace, diplomacy, travel, immigration, and domestic policy at stake for our community. There are four particularly interesting and competitive primaries that we have identified. Read on to find out where the candidates stand on diplomacy with Iran. You can also check the incumbent candidates’ full track record on NIAC Action’s priorities on our Congressional Scorecard.

Two years ago Mondaire Jones (currently NY-17), a current NY Peace Action Network endorsed representative and supporter of the JCPOA in Westchester County, won his seat in the House of Representatives. But after the redistricting, he is running for “re-election” in the newly zoned NY-10, a chunk of lower Manhattan and Brooklyn, as to not compete with longtime incumbent Sean Patrick Maloney.  Rep. Jones is a strong supporter of re-entry in the Iran Nuclear Deal, making it a cornerstone of his first Congressional run. Rep. Jones is the only member of Congress running in one of these competitive primaries to sign the humanitarian sanctions relief letter to President Biden, urging him to help the Iranian people combat the spread of Covid-19.

However, Mondaire Jones is not alone in challenging the Iranian-American populated district, with a slate of 12 candidates running for this Congressional seat. NIAC Action reached out to the top three candidates in NY-10, Carlina Rivera, Dan Goldman, and Yuh-Line Niou. Carlina Rivera, who has been holding office in the NYC City Council for four years, is running on LGBTQ+ and abortion rights. She responded to our questionnaire stating that she believes that it was a travesty to pull out of the Iran Nuclear Deal and it’s paramount that we try every diplomatic solution to revive it.

Federal prosecutor Dan Goldman, who rejected a Trump endorsement, replied to our questionnaire saying he believes Iran’s nuclear weapons program is a severe threat to peace and security in the middle east. He also thinks the U.S’ return to the Joint Comprehensive Plan of Action must be accompanied by longer sunset provisions that match the near-term risk that Iran poses to the region and more aggressive inspection protocols without conditions Iran sets. Notably, after Goldman received the New York Times endorsement, progressive candidates Rep. Jones and Yuh-Line Niou teamed up to host a press conference citing Goldman as a conservative Democrat and urging voters to vote for “anyone but Goldman.”

Unfortunately, we did not get a questionnaire response from Yuh-Line Niou, who is the NY State Assembly member for District 65, which includes lower Manhattan and Chinatown, as well as the first Asian American Pacific Islander (AAPI) to be elected to the New York State Assembly. She is running on Immigrant Justice, Criminal Justice Reform, and other policies that would benefit New Yorkers quality of life.

New York’s redistricting resulted in the battle of two long-time incumbents: Chairman of the House Judiciary Committee Jerry Nadler (currently NY-10) and Chairwoman of the House Oversight Committee Carolyn Maloney (NY-12), with outside challenger Suraj Patel trying to upset them. J Street endorsed Rep. Nadler voted yes on the 2015 Iran Nuclear Deal. He was also heavily critical of President Trump’s withdrawal from the deal, which he cited as unwarranted given Iran’s continued compliance. Nadler has a voting history of choosing diplomacy over war, as proven by his No vote on the Iraq war.

Rep. Maloney, who also rejected an endorsement by Trump, joined a minority of Democrats in opposing the 2015 Iran Nuclear Deal. She claimed that the deal was not strong enough and did not counter Iran’s other regional mal-activity. Despite her no vote, Rep. Maloney disapproved and was shocked by President Trump’s withdrawal of the deal. The Congresswoman’s record has consistently favored aggression over diplomacy, having voted Yes on the Iraq war. She also refuses to apologize and rather continues to defend her choice in wearing a burqa on the House floor in support of the invasion of Afghanistan.

The younger Suraj Patel, challenging both Representative Maloney and Nadler, is also a strong supporter of re-entry in the Iran Nuclear Deal. He heavily criticized President Trump’s withdrawal claiming that American credibility was diminished while the chance for a costly war skyrocketed.

NY Peace Action Network and J Street endorsee Jamaal Bowman (NY-16) has been a pro-diplomacy champion in a less progressive district of southern Westchester county. He has been supportive of returning to the JCPOA. Since being elected to the House of Representatives, he has been an outspoken advocate on ending endless wars, and sees the Iran nuclear deal as the most viable pathway to prevent another costly war in the Middle East.

He is being challenged by Vedat Gashi, who has openly criticized Rep. Bowman for his alleged lack of support for Israel. Not surprisingly, Gashi has been endorsed by former Rep. Eliot Engel whom Bowman defeated for his seat, in part by criticizing Engel’s track record of opposing the JCPOA.

Sean Patrick Maloney (currently NY-18), the head of the Democratic Congressional Campaign Committee, decided to switch districts and run in NY-17 after redistricting. This was seen as a controversial move by progressives in the district as he did not consult the current incumbent, Rep. Mondaire Jones, prior to making this decision. Rep. Maloney was against the withdrawal from the JCPOA and voted in favor of the agreement in 2015 but did not sign a key 2020 Congressional letter supporting re-entry into the deal. The AIPAC and DMFI champion’s main competitor is NY Progressive Action Network and Alexandra Ocasio Cortez endorsee, New York State Senator Alessandra Biaggi.

Unfortunately, we were unable to get an answer from Biaggi on her stance regarding the JCPOA, but she is running on affordable housing and climate change after a strong start in the New York State Senate. She ran to help turn the New York Senate blue, and in three years, completed all of her campaign promises.