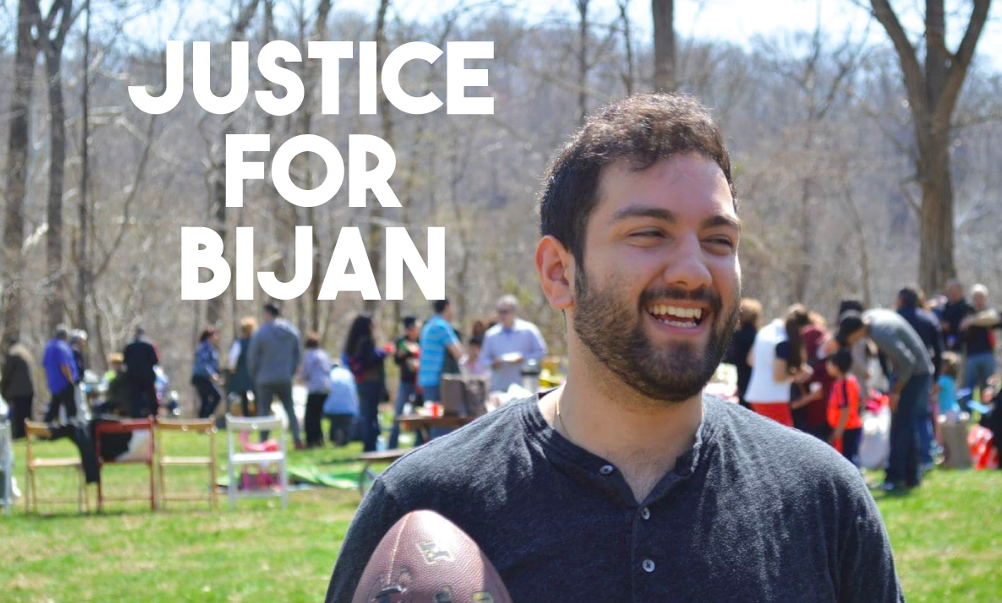 Jamal Abdi, President of the National Iranian American Council, issued the following statement calling on the Department of Justice to open an investigation into the 2017 killing of Iranian American Bijan Ghaisar by U.S. Park Police:

“The Ghaisar family has been strung along for nearly five years without justice after the killing of their son, Bijan, by U.S. Park Police Officers. The latest injustice in this horrific saga is the new Virginia Attorney General dropping the state’s appeal of a federal judge’s dismissal of the case, which followed the Trump Justice Department’s decision not to prosecute it. The decision to drop the appeal, coordinated with former Attorney General Bill Barr, risks permanently closing the door to justice for Bijan.

“The Department of Justice has a chance to right these wrongs and pursue justice for the Ghaisar family by reopening the investigation into Bijan’s killing. This is a position supported by the Ghaisar family’s lawmakers in Virginia, the Iranian-American community and all of those concerned by the shocking display of police brutality toward Bijan. The Biden administration can and must step up where the Trump Department of Justice shamefully failed.

“There must be legal recourse for the Ghaisar family to pursue accountability for their son’s death. It is vital that the Department of Justice revisit this case and reopen the Department’s investigation into the killing of Bijan Ghaisar. Our hearts go out to the family and all of those impacted by Bijan’s tragic death.”