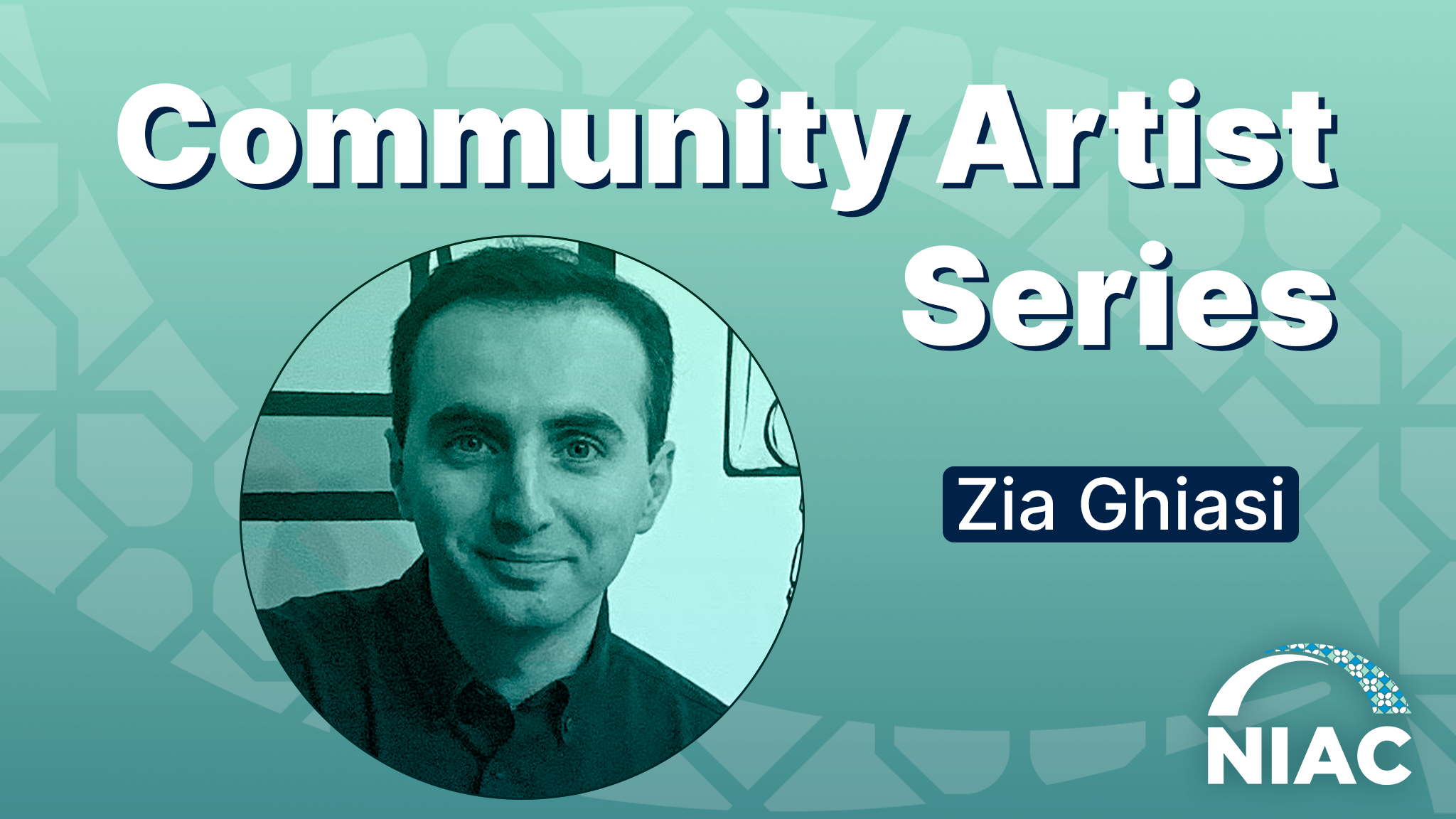 Art and culture are integral to the Iranian-American experience. We at NIAC are so grateful to the artists that performed at our virtual events since the pandemic began to help us virtually build community and celebrate our heritage. To show our appreciation, we are launching the NIAC Community Artist Series to spotlight singers, dancers, musicians, and other artists honoring our culture. Today, we are highlighting Zia Ghiasi!

Zia Ghiasi is a data scientist and music composer living in Chicago, Illinois. You can learn more about Zia by checking out his website, and listen to his music on Spotify, Soundcloud, and Apple music. You can also watch Zia’s performance for NIAC Los Angeles’ Norooz 1400 event here.

Zia first played the setar at the age of 18, in his first year of college. As he attended music classes, he became more interested in tanbur, which is a lesser-known instrument so it was hard for him to find a teacher. After searching for many months, he finally found a teacher in Madison, Wisconsin named Adel Ardalan, a student of the famous Kurdish tanbur player Ali Akbar Moradi. For three months, Zia made the difficult three-hour drive from Chicago to Madison just to learn tanbur.

Today, Zia’s primary instrument is the piano. Zia’s transition from playing tanbur to piano was nuanced. He was impressed by the simplicity of piano as a medium to express the musical ideas that he had in mind, and tanbur and setar were not as simple and as flexible as the piano for that purpose. So after a couple of years, he started learning piano from videos and practicing. What’s so interesting about Zia though, is that  started composing without a piano–he would come up with simple music in his head then play it on his computer keyboard and record it through software. Then he would create numerous melodies to expand it and then compile that into a song. Zia followed this technique of composition for several years but then realized he needed a piano. While the piano is currently his primary instrument, he’s more interested in composition, with heavy influence from minimalist piano composers such as Ólafur Arnalds, Yann Tiersen, and the Polish film score composer Zbigniew Preisner. He is now working on one hundred melodies and plans to produce and release more singles in the near future.

Zia moved from Iran to Chicago in 2011. Unfortunately, he hasn’t been able to engage enough with the music scene in Chicago, and has only collaborated with a couple of musician friends in town. However, Zia does collaborate with musician friends from Iran, and composes music for short filmmakers as well as architects/artists who need music for their promotional videos.

Zia finds it challenging to balance his day-to-day job as a data scientist with creating music but finds time by devoting his weekends to music. For those who want to pursue music, Zia says it’s not as difficult as it sounds and advises to start playing favorite songs, which is much easier and more enjoyable. He also notes that learning how to play instruments such as tar and setar is hard in the US, but teachers are generally easy to find in big cities.