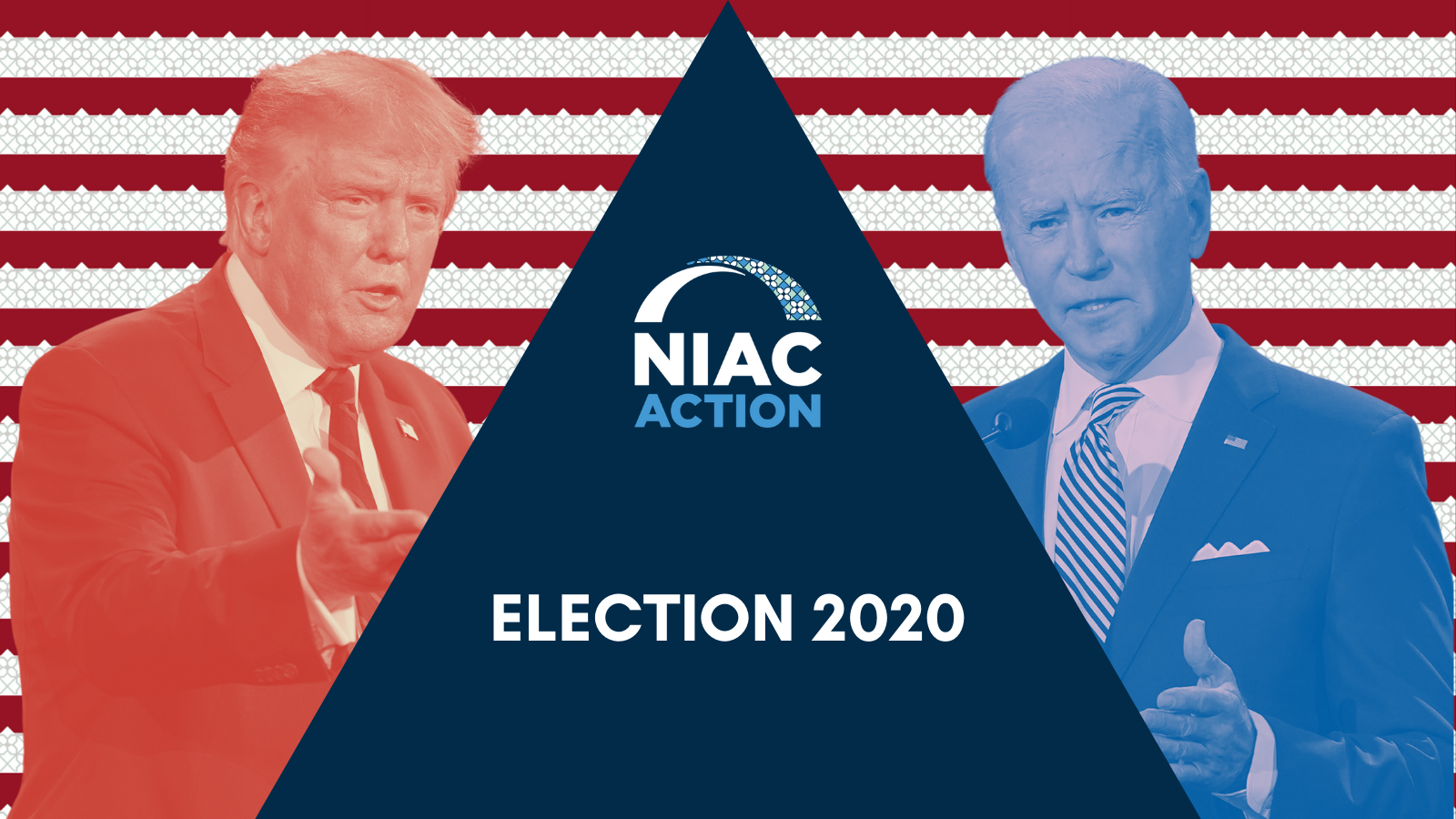 What We’ll Be Watching For On Election Night

Today’s the big day. NIAC Action has raised over $600,000 for the Biden campaign, key Senate candidates, House champions and challengers, and Iranian Americans running in state and local elections. Our volunteers have made tens of thousands of phone calls and helped register and turn out thousands of Iranian American voters. Now, election night is upon us and here is what we will be watching for (you can also follow along with us on our staff’s Election Hub tracking doc here):

Biden’s path to victory is winning back Wisconsin and Michigan — two Democratic strongholds where he is heavily favored but which were key to Trump’s surprise victory in 2016 — and there is a decent chance we will know the results in these two states on election night. With wins here, he would need to pick up just one major swing state to clinch the election.

All eyes tonight will be on Florida because it is (ironically) the most likely swing state to have a full count by election night. Biden doesn’t need Florida to win, but Trump all but certainly does.

Without Florida, Biden would need to win in another major swing state to clinch: Georgia is the next most likely to have results on election night, followed by North Carolina. However, if the election comes down to Pennsylvania, expect things to stretch out because it will be among the last states to fully count its votes.

Arizona is also on the list of most likely Democratic pickups, but by itself would actually leave Biden with a 269-269 Electoral College tie. He would need to pick up one more vote in one of the states that split their votes by district — most likely in Maine’s 2nd district or Nebraska’s 2nd district, to get to 270.

Democrats need to win a net total of four seats to win the Senate. Incumbent Senator Doug Jones (D-AL) appears likely to lose his seat in deep red Alabama, while Senator Gary Peters (D-MI) is expected to win. So Democratic challengers will need to win five seats for a 51-49 majority (or 4 seats for a 50-50 tie that would be broken by the winner of the White House).

Then the toss up races that could pad a majority are in Montana (Steve Bullock), South Carolina (Jaime Harrison), Georgia (John Ossoff) and the Georgia special election (Rapheal Warnock).

Democrats are widely expected to build on their current 35 seat majority in the House. NIAC Action has endorsed in 11 House races, 6 of which are safe seats and 5 that are competitive.

Mike Siegel (D, TX-10) (challenger) — Mike is City Attorney for Austin, Texas and earlier this year led demonstrations against war with Iran. Now, this foreign policy progressive has a chance to defeat the ranking Republican hawk on the House Foreign Affairs Committee, Michael McCaul, and recast the national political narrative on foreign policy. This is a Toss Up race and a rematch from 2018 when Mike lost by 4 points. A Texas blue wave this time can carry Mike over the finish line.

Nancy Goroff (D, NY-1) (challenger) — Nancy strongly supports returning to the Iran deal and has been a leading voice opposing war. She has a chance to defeat Lee Zeldin, one of the most hawkish Republicans in the House who the Republican party has used as a key messenger for disastrous Iran policies and anti-Iranian American discrimination. This is a Lean Republican race and Nancy is just 1 point behind in the polls.

Rep. Tom Malinowski (D, NJ-07) (incumbent) — Tom is the former Assistant Secretary for Human Rights under Obama, he was elected to this purple district in 2018 and his voice carries weight on the House Foreign Affairs Committee on issues of human rights and U.S.-Iran policy. He is running one of the toughest re-election races for a House Democrat and needs our support. This is a Lean Democratic race.

Rep. Harley Rouda (D, CA-48) (incumbent) — Harley beat Dana Rohrabacher, who advocated fomenting civil war in Iran and was the MEK’s favorite Congressman, in 2018 but faces a tough challenge in this previously deep red district. After having turned Orange County California blue for the first time in the previous mid-terms, this race will be a test of whether that can hold and whether one of the largest Iranian-American districts in the country will be held by a pro-peace Democrat. This is a Lean Democratic race.

Rep. Peter Defazio (D, OR-04) (incumbent) — Defazio is a strong progressive on domestic and foreign policy issues who has held this seat since 1987 and won past reelection bids handily. But he is facing a tough challenge from 28-year old Republican challenger Alek Skarlatos who helped foil a terrorist attack in France in 2015 and has since appeared on Dancing with the Stars and regularly on Fox News. This is a Lean Democratic race.

Finally, we are expecting our incumbent endorsees Anna Eskamani and Shireen Ghorbani to win re-election and will be cheering (and phone banking all day!) for the challengers we’ve backed this cycle like Sepi Shyne, who could become the first openly queer person of Iranian descent ever elected, and Yassamin Ansari, who is poised to serve on the powerful Phoenix City Council: