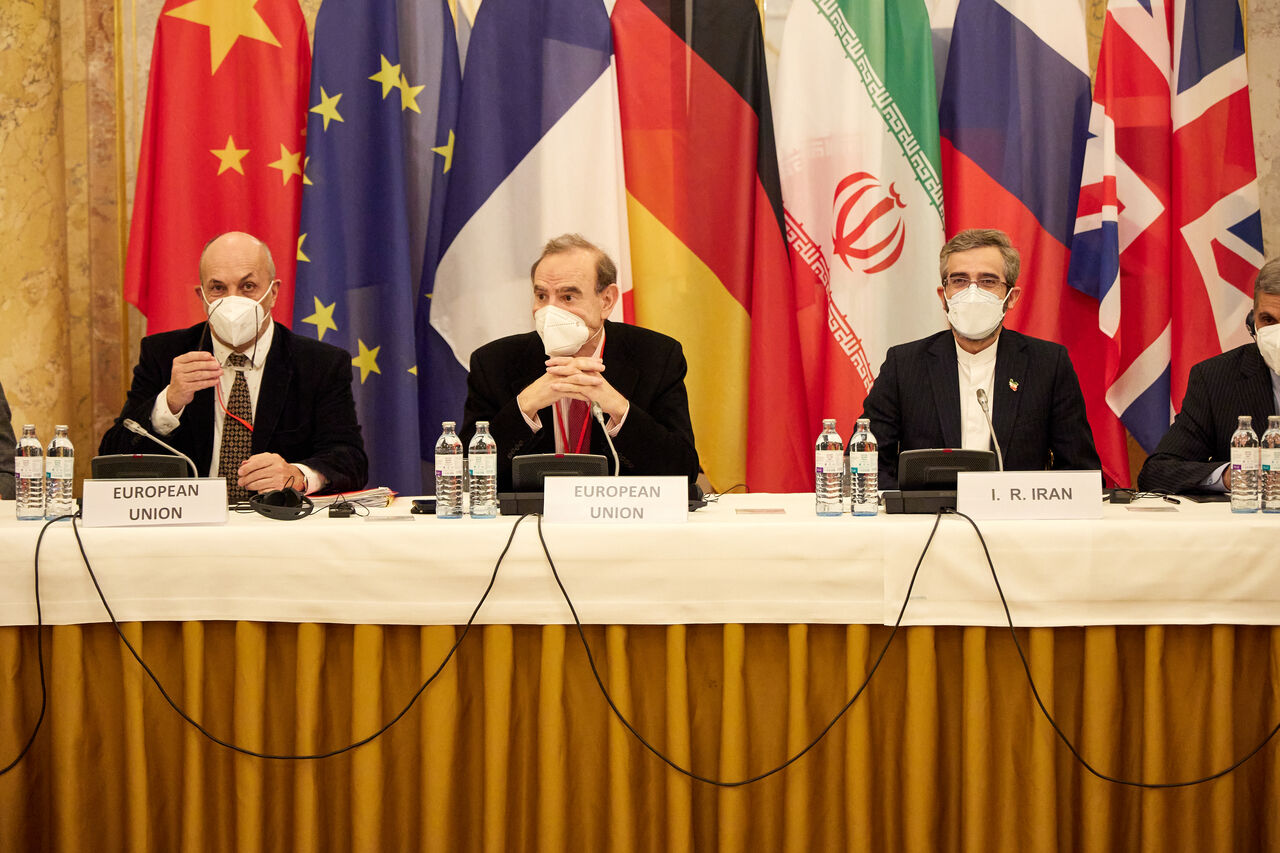 Negotiations to revive the JCPOA have resumed in Vienna after a one-week break. Last week’s negotiations ended on a negative note, with the European parties denouncing two proposals brought forth by Iran on sanctions lifting and meeting its nuclear commitments under the JCPOA. The Europeans said these proposals breached the draft agreement reached by the sides after six rounds of negotiations in June.

The negotiations have resumed in Vienna on a more positive note. After the JCPOA’s Joint Commission (composed of Iran, the P4+1, and the EU) ended on Thursday, there was positive rhetoric from the Iranians.

Ali Bagheri, Iran’s top negotiator in Vienna, said after the Joint Commission meeting: “I feel that the other side is serious about entering impactful and results-oriented negotiations.” Bagheri added: “My feeling today is different from how I felt last Friday.”

Russia’s envoy at the Vienna talks Mikhail Ulyanov was also more upbeat. He stated that “Iran showed a great deal of pragmatism.” He added that the Vienna talks will proceed “from drafts elaborated by June 20 (the end of the sixth round). But the new Iranian ideas must be properly discussed and thoroughly considered.” He also stated that “the negotiators managed to remove some misunderstandings which we faced at the end of last week.”

The EU’s Deputy High Representative Enrique Mora, who is the coordinator of the Vienna talks, stated after the Joint Commission meeting: “What I felt this morning is that all delegations have a fresh sense of the need to do work to revive the JCPOA.”

Reuters also ran a story citing a European official as saying that Iran was ready to continue the negotiations based on where they left off in June. However, Iran’s Tasnim news outlet has rejected this and said: “the proposals and views provided by the Iranian delegation last week are still on the table.” Tasnim cited a source close to Iran’s delegation as saying: “There has been no revision of our position and the proposed drafts have not been withdrawn.”

Meanwhile, Iran’s Foreign Minister Abdollahian told EU High Representative Josep Borrell that “Iran’s negotiating team will stay in Vienna as long as is necessary.” Rob Malley, the U.S. envoy for Iran in Vienna, told BBC Persian that if the negotiations fail, there will be “severe economic and diplomatic pressure” in Iran.

The U.S. also imposed new human rights sanctions on Iran.  There was also strong rhetoric from the E3 (Germany, France, and the UK) rejecting Iran’s proposals from last week. British Foreign Secretary Liz Truss warned that this round of Vienna talks is Iran’s “last chance” to revive the deal.

In the coming days, the working groups focused on how all sides can return to JCPOA compliance will be meeting in Vienna.

President Raisi blasted elements he said were manipulating Iran’s exchange rate to “tie the economy to the [nuclear] negotiations.” He stated this week: “We have specific information that some individuals are trying day and night, simultaneously with the negotiations, to increase the cost of currency to tie the negotiations to the economy and impose their demands on the nation. Our intelligence agencies are pursuing identifying these people.”

Raisi added: “Some of these individuals are in the country and others outside are trying to increase the price of currency in cyberspace and in the real world.”

The value of Iran’s currency dropped precipitously after the Vienna negotiations ended on a negative note last week. According to Euro News, experts have attributed the depreciation of the rial to the negative status of the nuclear negotiations, the increasing budget deficit, inflation, lower exports of non-oil goods due to the instability in Afghanistan, Iraq, and Turkey.

Iran’s Central Bank Governor Ali Salehabadi has said Iran has no shortage of foreign currency. He said there is enough currency to meet demand in the Nima exchange rate market and in the free-market exchange rate.

Emirati National Security Advisor Sheikh Tahnoun bin Zayed travelled to Iran and met with senior Iranian officials. This is the first trip to Iran by a high-level Emirati official to Iran after years of tensions and conflict.

Sheikh Tahnoun met with Ali Shamkhani, the Secretary of Iran’s Supreme National Security Council, and President Raisi. Shamkhani said he hoped Tahnoun’s trip would be the “beginning of a new period of relations and the bedrock of a comprehensive expansion” of relations.

Sheikh Tahnoun called for establishing working groups to eliminate the obstacles to deeper economic relations between Iran and the UAE.

Prior to Tahnoun’s trip to Tehran, Iran’s Deputy Foreign Minister and top nuclear negotiator Ali Bagheri travelled to the UAE.