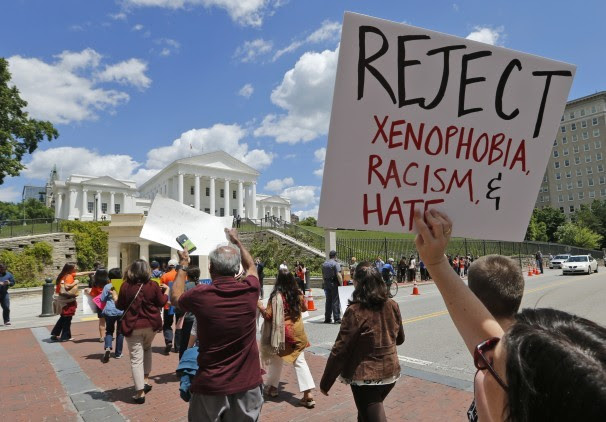 The Trump Administration is fulfilling its campaign promise to impose a “total and complete shutdown of Muslims entering the United States…” Trump advisor Rudy Giuliani indicated that the President asked him how to implement a Muslim ban legally prior to the first Executive Order, and advisor Stephen Miller indicated that the second order will feature only minor technical changes and will result in the same fundamental policy. This third order seeks to extend the ban on an indefinite basis as articulated in the March 6 Executive Order.

This new order will permanently bar Iranians and other nationals from America, with few exceptions. While the first and second versions of the ban were ostensibly for a period of 90 days to ensure a review of vetting requirements, the Proclamation issued September 24 has no sunset, meaning it will be indefinite.

This is a propaganda victory for extremist groups like ISIS who have used it as a recruiting tool against the U.S., calling it a “blessed ban.”

Eric Schmidt, CEO of Google’s parent company Alphabet, Inc. wants the ban lifted. Schmidt stated, “Iran produces some of the smartest and top computer scientists in the world. I want them here, right? To be clear: I want them working for Alphabet and Google. I’m very very clear on this. It’s crazy not to let these people in.”

The ban makes America less safe by diverting resources away from the real threats and instead arbitrarily cracks down on our loved ones. All visa applicants must go through rigorous vetting, though enforcing an arbitrary ban will divert resources in agencies that have successfully protected us.

Iranian American families in the U.S. have been particularly harmed by the ban. The ban bars Iranian family members from visiting the United States, while many Iranian Americans are unable to return to Iran because they have been politically active and fear repercussions from the Iranian government. There are countless stories of weddings and family reunions being cancelled or delayed indefinitely.

When the Supreme Court ruled Trump could not ban close family in June, the Trump Administration tried to argue that our grandparents did not count and should still be banned. Muslim ban 3.0 included no exemptions for bona fide relations, though the courts have since stepped in to bar the administration from banning family members and those with ties to U.S. institutions such as a university. If these protections are overturned, the ban will once again be fully enforced including by targeting family members.

Not a single person has been killed in the U.S. by a terrorist attack committed by people from the countries subjected to Trump’s ban. None of the 9/11 hijackers would have been targeted by this ban. Neither would the San Bernardino attackers or the Orlando nightclub gunman.September 11th was staged by 15 Saudi, 2 UAE, 1 Egyptian, and 1 Lebanese terrorist. San Bernardino was conducted by 1 Pakistani American and 1 Pakistani who was radicalized in Saudi Arabia. The Orlando nightclub attack was committed by 1 Afghan American.

The criteria used to justify the new proclamation are applied arbitrarily. Many countries that failed to meet the criteria were excluded from travel restrictions under the proclamation. While only 9 countries were targeted in the ban, 86 countries did not issue an electronic passport while 16 failed to report any stolen or lost passports. In 2016, thirteen nations were identified by the Department of State as terrorist safe havens, though only three countries – Somalia, Venezuela and Yemen – were targeted under the proclamation.

The overwhelming majority of so-called “radical Islamic” terrorism attacks in the U.S. have been committed by lone wolf attackers with no sponsorship. Such lone wolves include the Boston bombers, San Bernardino shooters, Orlando nightclub shooter, OSU shooter, Fort Hood shooter and New York truck attacker. The only recent example of terrorism on U.S. soil that may have included some state sponsorship was 9/11 and the alleged sponsors were certain Saudi officials. It is also notable that all of these particular terrorists adhered to an extreme Wahhabi ideology that also views most Iranians as apostates.

Nobody from the banned countries receives a visa without visiting an embassy or consulate. Former Secretary of Homeland Security John Kelly, now Trump’s Chief of Staff, has on numerous occasions misleadingly suggested that vetting cannot occur in countries without a U.S. consulate without adding that individuals in states without consulates must still visit a consulate. Iranians, for example, travel to consulates in Dubai, Ankara or Yerevan to attend visa interviews.

The ban will impact more Iranians and Iranian Americans than any other group on the restricted countries list. Muslim Ban 3.0 disproportionately impacts Iranians with 62% of those potentially impacted being Iranian nationals. However, it is likely that many Iranians will begin to self-select out of the application process altogether in favor of other Western countries.

Iranians are one of the only populations in the region who have positive views of the United States. After 9/11, Iranians held vigils in solidarity with America. Iranians want to buy American goods and study in American schools. Donald Trump may single-handedly destroy this goodwill. The majority of Iranians view the American people favorably according to a poll conducted by the University of Maryland one year after the nuclear deal. 80% of Iranians supported increased tourism and 68% supported more cultural and athletic exchanges such as the recent trip by the U.S. wrestling team to Tehran which occurred without incident. A PDF version of this Memo can be found here.