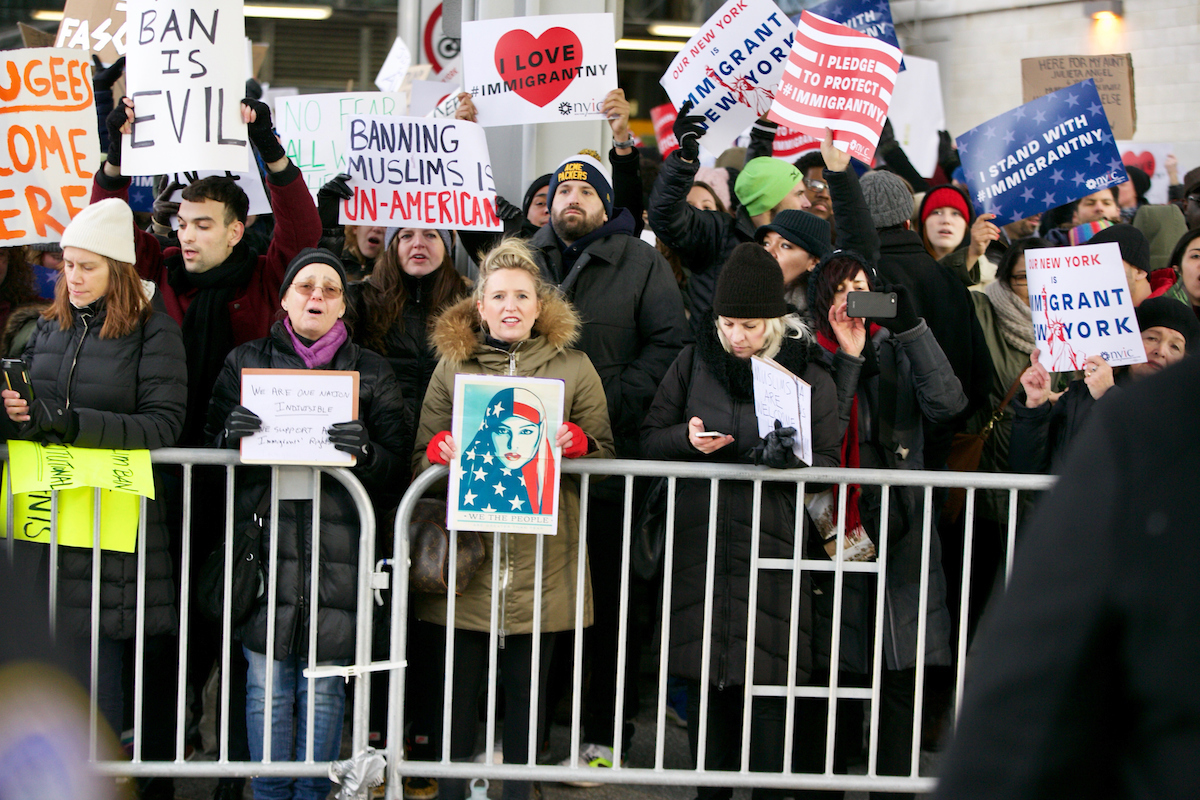 President Biden should be commended for rescinding the Muslim Ban on his first day in office. However, that is a step that could be easily reversed by a successor administration. Congress must clarify that the President does not have a blank check to discriminate on the basis of religious background or national origin. The NO BAN Act (H.R. 1333) would rectify fatal flaws within the INA that have allowed the Muslim Ban, and other discriminatory immigration orders, to be implemented. The NO BAN Act, which currently has 137 original sponsors, is the best way to prevent future Presidents from violating civil rights and abusing their authority as well as ensuring that Congress is able to conduct the necessary oversight to prevent abuses.

The President’s Broad Latitude to Discriminate

The previous administration’s Muslim ban survived judicial review largely due to a favorable interpretation of the 1965 Immigration and Nationality Act (INA), which provides the President with the authority to limit the entry of aliens. In the majority opinion of the Supreme Court case, Chief Justice Roberts stated that “the President has lawfully exercised the broad discretion granted to him under [the Immigration and Nationality Act] to suspend the entry of aliens into the United States.”

In so doing, the Court ignored a clear track record of discriminatory intent from the former President as well as numerous legal protections – under both the Constitution and a separate provision of the INA – against discrimination. In her dissenting opinion, Justice Sotomayor said that the majority was “ignoring the facts, misconstruing our legal precedent, and turning a blind eye to the pain and suffering the Proclamation inflicts upon countless families and individuals, many of whom are United States citizens.” Tens of thousands of individuals were barred by the ban every year for no reason other than the former President’s bigotry. We must act now to ensure that it does not happen again.

The Immigration & Nationality Act and the Muslim Ban

The NO BAN Act: Fixing the INA

Without the NO BAN Act, future Presidents will have blank checks to ban entire nations from the United States with little Congressional oversight and little remaining legal recourse for affected communities. With the NO BAN Act, future administrations would have to meet stringent criteria tied to facts in order to institute bans, while both Congress and affected communities would have substantial recourse to step-in in the event of a discriminatory order. The choice is clear: Congress must pass the NO BAN Act.