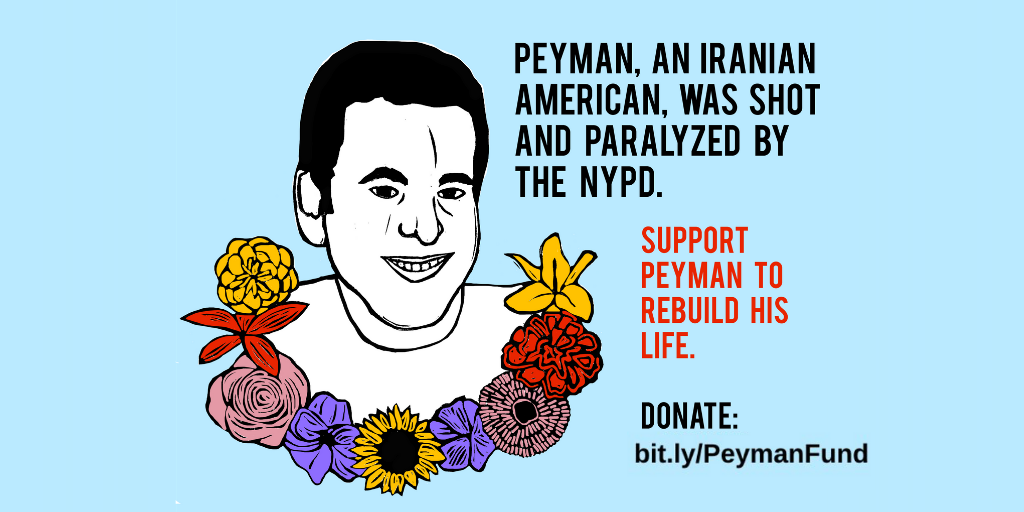 On June 4th, 2020, Peyman Bahadoran, a 55 year old Iranian-American man with bipolar disorder, was experiencing a mental health crisis when he walked into the Healthy Green Gourmet Deli with his dog. Videos, both within the deli and outside, depict a tense interaction with the police. This tragedy illustrates yet another case in which police violently escalated events rather than diffusing a crisis, resulting tragically in Bahadoran’s permanent paralysis.

Frightened and in a manic state, Bahadoran pulled out a knife in the store in front of the officers. When asked, he placed the knife on the store counter and walked outside leaving his knife behind. After police pursued Bahadoran outside the store, now unarmed, they surrounded him with their guns drawn. While Bahadoran’s erratic behavior and combative demeanor warranted intervention, his mental health state should have signaled the officers to deescalate the situation. Instead, officers on the scene defaulted to the same pattern of violent escalation that has become a commonplace occurrence leading to similarly tragic outcomes. Despite leaving Bahadoran permanently paralyzed, police handcuffed him to his hospital bed for nearly two days.

The problems within our police force go beyond how we train our officers. This lack of trust towards police officers is rooted in the many injustices we have witnessed, especially against Black Americans. Not only are police not trained properly to deal with mental health issues, their actions are also part of a system of institutionalized racism that perpetuates discrimination and makes many Americans feel less safe. For communities of color, who have been terrorized by police forces, the mere presence of officers can trigger traumatic responses and worsen a crisis.

The consequences of violent and racist policing are many, Bahadoran and his family will experience the impacts of police violence for the rest of their lives. Following the shooting, Bahadoran spent two months in the hospital undergoing multiple complex surgeries, unable to visit with his 12-year-old daughter. When he was finally discharged from the hospital, Bahadoran discovered his wheelchair could not fit in his former apartment. The incident has left him with a permanent disability and in need of support to reconstruct his life entirely.

How to Help & Resources