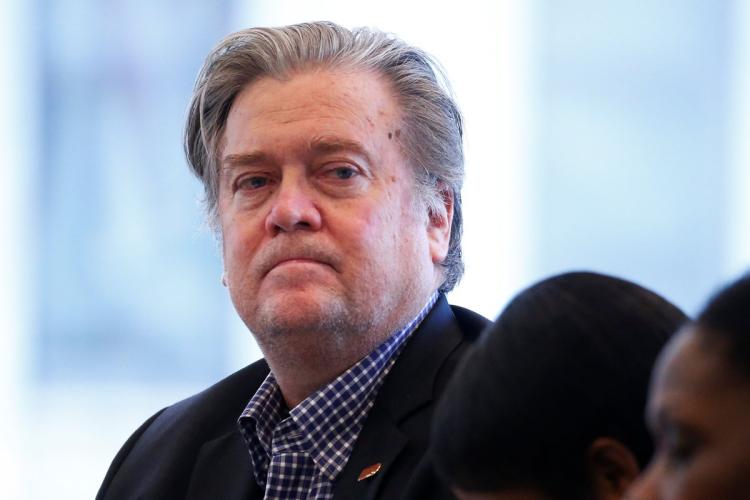 “Steve Bannon should have been fired a long time ago for the Muslim ban that he helped enact in Trump’s first week in office. Today’s news is welcome, but it is overdue and is only the beginning. For many of us, Donald Trump’s presidency is irreparably damaged because the problem isn’t just Bannon or pro-war racist ideologues like Sebastian Gorka and Stephen Miller. The problem is with Trump himself.

“Trump’s response to violent White supremacist and Nazi movements should make abundantly clear what many of us have known for a long time: Trump’s policies, such as the Muslim ban, are not based in anything but racism. Even with Bannon gone, this White House will likely continue to enact an agenda that targets communities like ours that completely lacks a valid security justification and is based in a racist and retrograde ideology. If Trump and his chief of staff John Kelly are serious about changing course, they must end the administration’s systematic targeting of minority and immigrant communities. That includes, among other things, dismantling the Muslim ban and the extreme vetting program that continues to punish Iranian-American families and other American communities.

“Bannon’s firing also will not address the impending foreign policy disasters that Trump is heading into. Bannon was reportedly assigned by Trump to come up with ways to kill the Iran deal and to set the stage for a potential war with Iran. But it was Trump himself who wanted to kill the deal and who appears obsessed with undoing any achievement by the preceding administration, including the historic diplomatic agreement. Unless Trump changes, we are still headed towards disaster on that front.

“We thank and applaud all of our members, as well as the lawmakers and individuals across the country who took action and called for Bannon’s dismissal. Together, we are learning to stand up for one another and fight for our shared values against hate and bigotry. Instead of becoming victims of Donald Trump without agency, the groundswell of civic action that has grown in reaction to the current president will enable all of us to build a more peaceful, democratic, tolerant, and united America for future generations.”