Senators held a key vote yesterday on a joint resolution that would have blocked a portion of President Trump’s recent arms sale to Saudi Arabia, specifically precision guided munitions that will be dropped in the conflict in Yemen. After strong arguments on the Senate floor, the joint resolution (S.J. Res. 42) offered by Senators Rand Paul (R-KY), Chris Murphy (D-CT) and Al Franken (D-MN) failed by a close vote of 47 to 53.

Democratic Senator Chuck Schumer joined the majority of the Democratic caucus, in addition to a handful of Republican Senators, in voting for the resolution. The close vote is an indication of widespread discomfort with Saudi Arabia’s war in Yemen and its role in the region. It also signals division on the Trump administration’s increasing alignment with Saudi Arabia in its proxy war with Iran.

Sen. Paul clearly warned about the dangers of further destabilizing the Middle East by doubling down on weapons to Saudi Arabia. “What do you think Iran thinks when Saudi Arabia gets weapons?” Paul asked his colleagues on the Senate floor. “They think to themselves well, if the Saudis are getting more we need more…Ever heard of an arms race? That’s what this is. We are fueling an arms race in the Middle East.”

“Do you know how much the Gulf Sheikdoms, Saudi Arabia, all their allies, the ones that are bombing the hell out of Yemen, do you know how their military spending compares to Iran? Eight to one,” said Paul. He also argued that the best way to influence Iran’s thinking on its ballistic missile program is to put pressure on Saudi Arabia. “How do you put pressure on Saudi Arabia?” Paul asked. “Maybe we wouldn’t sell them arms. Maybe we would withhold the sale of arms until they come to the table and we get a ballistic agreement with Iran,” Paul continued.

Adding to the grave concern over human rights violations in Yemen, Senators Paul and Bernie Sanders (I-VT) cautioned against providing more unconditional support to Saudi Arabia given its history of support for radical Wahhabist ideology that is followed by some of the world’s most dangerous terror groups. Sen. Paul referenced leaked emails from Hillary Clinton emphasizing the need to pressure Saudi Arabia and Qatar on its support for terror groups including ISIS, and asked his fellow Senators, “Who in their right mind would sell arms to Saudi Arabia under those circumstances?”

Citing an article by Stephen Kinzer in the Boston Globe, Sanders argued that “Saudi Arabia has been working for decades to pull Indonesia away from moderate Islam towards the austere, Wahhabbi form that is the state religion in Saudi Arabia.” While such arguments have been well-documented, they have not resulted in a broad rethinking of the U.S. relationship with Saudi Arabia.

Sen. Lindsey Graham (R-SC) countered that the U.S. needs to be concerned about Iran spreading radical ideology, not Saudi Arabia. “The last thing we want is the Iranian Ayatollah to march through the Mideast and start spreading his form of radical Shi’ism in the backyard of all of our Arab allies,” argued Graham in opposition to the resolution.

While Sanders acknowledged that “there are times in which we must work with problematic governments in order to advance our security goals,” he cautioned that “for far, far too long we have been giving a pass to a government [Saudi Arabia] that supports policies that are fundamentally at odds with American values and that have led to extremely negative consequences for American security.”

While the vote ultimately fell short, the Trump administration’s unflinching alignment with Riyadh is spurring scrutiny that no other administration has faced on its relationship with Saudi Arabia. 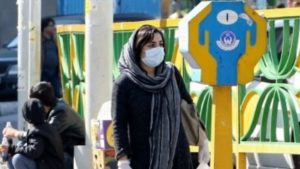 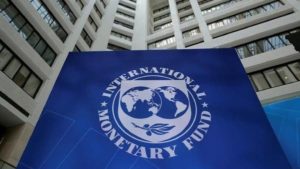