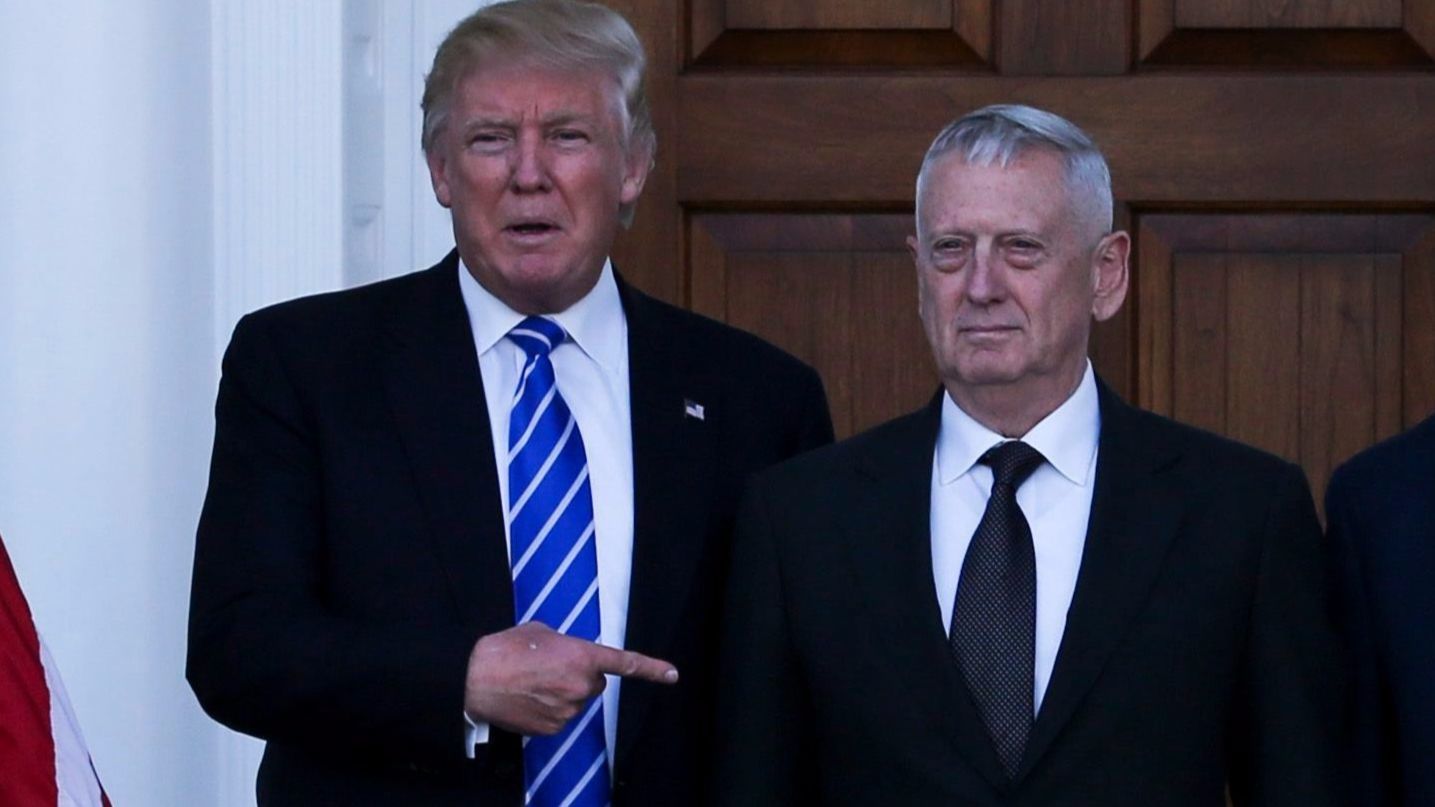 Sec. Mattis: Staying in the JCPOA is in the U.S. National Interest

C4Peace & Diplomacy
Secretary of Defense James Mattis affirmed during a Senate Armed Services Committee hearing today that staying in the Joint Comprehensive Plan of Action (JCPOA) is in the U.S. national interest. This statement is significant for several reasons, but perhaps most importantly because it undercuts the likely justification the Trump administration could use to withhold certification of the accord to Congress in advance of the upcoming Oct. 15th deadline mandated by the Iran Nuclear Agreement Review Act.
Senator Angus King (I-ME) asked Mattis whether “it’s in our national security interest at the present time to remain in the JCPOA,” prompting a response of “Yes, Senator, I do,” from Mattis.
The Trump administration must affirm every 90 days that Iran is abiding by the terms of the JCPOA and has not committed a material breach, that Iran has not made any significant advances toward a nuclear weapon and that continuing sanctions relief – and thus staying in the JCPOA – is in the U.S. national interest. If the administration fails to certify, as Trump has strongly hinted is his preference, Congress would have sixty days to snap back nuclear sanctions under expedited procedure and effectively kill the JCPOA. Trump has no solid basis to withhold certification under any of those justifications.

International Atomic Energy Agency Director General Yukiya Amano has clarified that Iran is abiding by the terms of the JCPOA and that verification under the nuclear accord is strong. In mid-September, Amano stated “The nuclear-related commitments undertaken by Iran under the JCPOA are being implemented” and that “Iran is now subject to the world’s most robust nuclear verification regime.”

Top military brass and U.S. intelligence have also affirmed Iran’s compliance with the JCPOA. At the same hearing today, Chairman of the Joint Chiefs of Staff, Gen. Joseph Dunford affirmed that “Iran is not in material breach of the agreement and I do believe that the agreement to date has delayed the development of a nuclear capability by Iran.” In September, Gen. Dunford asserted “The briefings I have received indicate that Iran is adhering to its JCPOA obligations.” In mid-July, General Paul Selva, Vice Chairman of the Joint Chiefs of Staff also stated “Based on the evidence that’s been presented by the intelligence community, it appears that Iran is in compliance with the rules that were laid out in the JCPOA.”

Further, seven ranking members in the Senate wrote in a letter to the administration that “the President himself has twice certified that Iran is complying, and that continuing to abide by the agreement is in the vital national security interests of the United States…We are unaware of any information in the interim that would argue for a change in those determinations in October. “

Mattis did indicate that the certification mandated by the Iran Nuclear Agreement Review Act is separate from walking away from the agreement, noting that the administration is considering “how we deal with both the legal requirement from the Congress as well as the international agreement.” That is technically true, though a Presidential decertification would place the onus on Congress to refrain from snapping back nuclear sanctions under the expedited procedure triggered by decertification in order to stay in the agreement. It would also open a Pandora’s box as to how Iran, and the international community, might react to such a move. Mattis also asserted that “if we can confirm that Iran is living by the agreement, if we can determine that this is in our best interest, then clearly we should stay with it.” He elaborated, “I believe at this point in time, absent indications to the contrary, it is something that the President should consider staying with.”

To recap: there is no credible indication Iran is violating the agreement, nor that Iran is making progress toward a nuclear weapon. Secretary of Defense James Mattis has asserted that it remains in the U.S. interest to stay in the JCPOA. Yet still, by all indications Trump may jeopardize U.S. interests by decertifying the accord and threatening to enable Congress to scuttle the deal for him. If the President follows through on his decertification threat, Congress must protect U.S. interests by abstaining from snapping back sanctions or any additional steps that threaten the accord.
Back to top