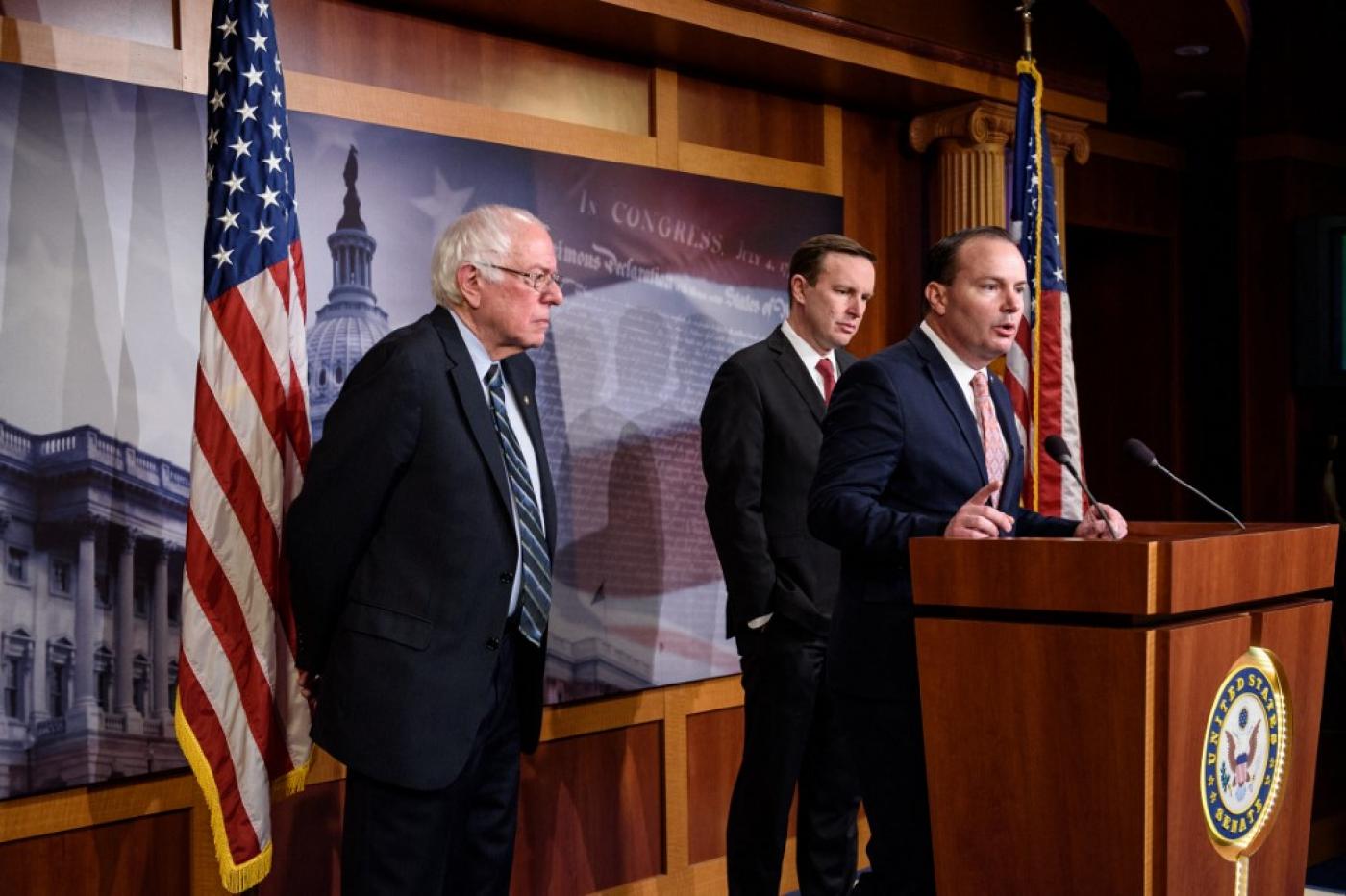 In January 2020, Iranians and Americans held their collective breath as news broke that President Trump had ordered the assassination of Iranian general Qassem Soleimani in Iraq, an unauthorized offensive strike that risked plunging our nations into full-blown war. A few days later, Iran launched a barrage of missiles at two American bases in Iraq, leading to over a hundred traumatic brain injuries for U.S. soldiers sheltering from the barrage. Had one soldier been killed, which was President Trump’s red line, he had threatened a major bombing campaign inside of Iran, including targeting cultural sites – a war crime.

How the U.S. and Iran went from a diplomatic breakthrough in 2015 to the brink of war less than five years later should raise important questions on why the path to war is far easier than the path to peace. Whether it is Biden’s military strikes on the Iraq-Syria border or the continuation of the forever wars in Afghanistan, Iraq and so many other countries around the world, it is clear that U.S. policy is tilted toward costly interventions.

First, the Act replaces the 1973 War Powers Resolution by providing more precise language and strengthening Congress’s role in declaring war and providing consent for the deployment of troops. Current law states that a president must terminate “hostilities” not approved by Congress within 60 days. This act shortens that time to just 20 days and also clarifies “hostilities” as any operation using the use of force, regardless of whether it is done remotely or directly. By shortening the termination clock and clarifying what kinds of actions must be approved by Congress, the Act ensures that presidents do not take advantage of loopholes to rush the U.S. into war. This includes making war with Iran less likely in case tensions again escalate.

Additionally, the Act repeals the 2001 and 2002 AUMFs, which were used for involvements in Afghanistan and Iraq, respectively, while taking steps to ensure that future authorizations are timebound and narrowly tailored. This includes a two-year “sunset,” meaning that such authorizations would expire within two years if not re-approved. As we’ve seen, military involvements abroad often morph into ventures far more long-term and broad than initially intended. This Act ensures that military action does not happen in a vacuum outside the oversight and accountability of the legislative branch and the American public.

Lastly, the Act will reform the way a President can declare national emergencies. There are currently over thirty ongoing national emergencies dating back decades, including one directed towards Iran since 1995 that empowers the President to impose sweeping sanctions. Under this law, Congress will have to proactively approve the declaration of the emergency itself as well as specific emergency powers within 30 days, with annual renewals allowed for only five years. Reforming emergency declarations is crucial. As of now, a president has the power to declare an emergency for any amount of time unless Congress produces a veto-proof majority to override a declaration. This makes it easy for Presidents to exploit a crisis, however real or exaggerated, to influence policy without Congressional cooperation. President Trump’s declaration of a national emergency at the southern border in 2019, for instance, allowed his administration to claim powers to start constructing a wall along the Southern border despite legal and legislative barriers. The NSPA would prevent future presidents from declaring national emergencies in a similar manner, motivated by partisan policy spats between the President and Congress. And, in the example of Iran, it could provide Congress the ability to question whether our long-running national emergency toward the country is warranted and whether our policies toward the country are working.

This bold national security legislation has already secured rare bipartisan support and will soon be introduced in the House by Rep. James McGovern (D-MA). Presidential administrations of both parties have a long history of overreach on the question of military action, and making foreign policy decisions outside of public scrutiny in the post-World War II era. Now, as the U.S. withdraws from Afghanistan and faces a crossroads in foreign policy strategy, it is more essential than ever for Congress to make reforms that will restore crucial checks and balances and empower the American people to become more involved in these decisions. As Senator Sanders put it, “we have become far too comfortable with the United States engaging in military interventions all over the world, and the time is long overdue for Congress to reassert its constitutional role in matters of war and peace.”

On Monday, June 14, 2021, NIAC Action’s Los Angeles Chapter met with Congressman Ted Lieu (D-CA) to share their disappointment in his recent tweet indicating that Iran should be deprioritized on vaccine distribution. Our members shared their stories of the suffering that their loved ones have experienced amid the pandemic in Iran, and their hope that Rep. Lieu would […]