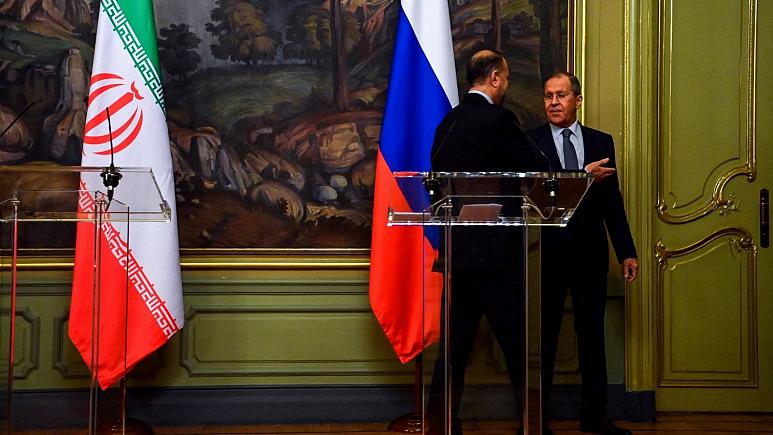 Russia Throws a Wrench in the Vienna Talks

A change in the Russian position towards the JCPOA negotiations in Vienna has created uncertainty. Russian Foreign Minister Sergei Lavrov has said Moscow wants “written guarantees” that Russian “trade, investment and military-technical cooperation with Iran would not be hindered in any way” by the sanctions imposed by the U.S. after Russia’s invasion of Ukraine.

In response, Victoria Nuland, the U.S. undersecretary of state for political affairs, dismissed the Russian demand. She told the Senate Foreign Relations Committee (SFRC): “Russia is trying to up the ante and broaden its demands with regard to the JCPOA and we are not playing ‘let’s make a deal.’”

Nuland told the SFRC that the negotiators in Vienna have “nearly completed” an agreement on the U.S. and Iran returning to JCPOA compliance. Separately, U.S. Secretary of State Antony Blinken said the Russian demand was “irrelevant.”

Meanwhile, Iran’s Foreign Minister Hossein Amir Abdollahian spoke with Lavrov on the phone. Abdollahian said during the call: “It is clear that Iran’s relations with any country, including Russia, should not be affected by sanctions [after a JCPOA return].” He added that Iran opposes the war in Ukraine and sanctions on Russia.

However, Ali Shamkhani, the secretary of Iran’s Supreme National Security Council, appeared dismissive of Russia’s demand. He stated in a tweet: “The only factor affecting our interaction with the P4+1 is securing the interests of the Iranian people.” But he added that the sides are “assessing new elements” and searching for “creative” solutions.

Russia had important obligations under the original 2015 JCPOA. This included taking in Iran’s enriched uranium stockpile that went beyond the limits of the JCPOA.

It is unclear if Russia is willing to tank the JCPOA talks over its demand. If Russia does not agree with the deal reached in Vienna, it can veto the UN Security Council resolution that would implement it. Russia’s nuclear projects in Iran, such as its development of the Bushehr nuclear power reactor, may be jeopardized in this case.

BBC Persian analyst Kayvon Hosseini noted that any effort to remove Russia from the JCPOA and reconfigure the negotiations would be very time consuming. He said this could also lead to increased divisions between Iran and the West.

Formal Negotiations Over in Vienna as Khamenei calls for “No Retreat”

Enrique Mora, the EU’s deputy foreign policy chief and the coordinator of the JCPOA negotiations in Vienna, said “formal talks” in the Austrian capital were completed.  He stated: “There are no longer ‘expert level talks’. Nor ‘formal meetings’. It is time, in the next few days, for political decisions to end the #ViennaTalks. The rest is noise.”

Iran’s Foreign Ministry Spokesperson Saeed Khatibzadeh said the number of remaining differences in the negotiations are “less than the fingers on one hand.” He said after a deal is reached, the process of the U.S. returning to its JCPOA obligations will take “several months.”

Khatibzadeh also said negotiations on a prisoner swap between the U.S. and Iran have made “progress” and await a “final conclusion.” There are at least four Americans held in Iran: Siamak Namazi, imprisoned since October 2015, his father Baquer Namazi, detained since February 2016, Morad Tahbaz, held since January 2018, and Emad Shargi, held since 2018. Other foreign nationals detained in Iran include UK citizen Nazanin Zaghari-Ratcliffe, an aid worker detained in 2016 while visiting family with her young daughter.

Separately, French Foreign Ministry Spokesperson Claire Legendre said “we are very close to an agreement” in Vienna. She added: “It is essential we conclude while we still can. We are concerned by the risks that further delays could weigh on the possibility of concluding.”

Meanwhile, Iran’s Supreme Leader Ayatollah Ali Khamenei gave a speech saying “retreating” in the face of the U.S. to lift sanctions “would be a great mistake and a blow to [Iran’s] political power.” Khamenei proclaimed: “Our regional presence gives us strategic depth and greater national power. Why should we give up on it?”

Khamenei also emphasized the need to preserve Iran’s “nuclear progress.” He stated: “This is related to meeting the country’s needs in the near future. If we ignore this, who will we go pleading to after several years?”

After Khamenei’s speech, President Ebrahim Raisi said “in the negotiations we are seeking the lifting of sanctions in an honorable way.” He added: “We have not and will never retreat from our declared redlines.”

Iran’s Tasnim outlet, affiliated with the IRGC, cited an “informed source” as saying that “three or four main issues” remain in the Vienna negotiations. Tasnim said progress had been made on Iran’s demand to verify sanctions relief but said “important issues” remained with respect to the guarantees Iran seeks that the U.S. will stick with the deal and the sanctions it wants lifted.

Political prisoner Sepideh Gholian has written a letter documenting the conditions her and other female prisoners face in Tehran’s Evin prison. Gholian was arrested in 2018 after covering a labor protest in Khuzestan as a citizen journalist. She has been sentenced to five years imprisonment for “endangering national security.”

Gholian’s letter says she has been subjected to torture and solitary confinement. She profiles seven Iranian women who she has been imprisoned alongside, detailing their backgrounds and the injustices carried out against them. Their names are Maryam Haji Hosseini, Niloufar Bayani, Nahid Taghavi, Zohreh Sarv, Shohreh (Leila) Qolikhani, Gelareh Abbasi, Zahra Zehtabachi, and Sepideh Kashani.

Gholian has herself faced serious health issues while in prison and contracted COVID-19 last year. While on medical leave from prison last year, she did an interview with Radio Farda detailing her experience.

The SCI data comes as the IMF estimated Iran’s economic growth in 2021 to be 2.9 percent.

High oil prices and rising oil exports despite U.S. sanctions have contributed to Iran’s economic growth. In January, it is estimated that Iran exported 800,000 barrels of oil a day to China.