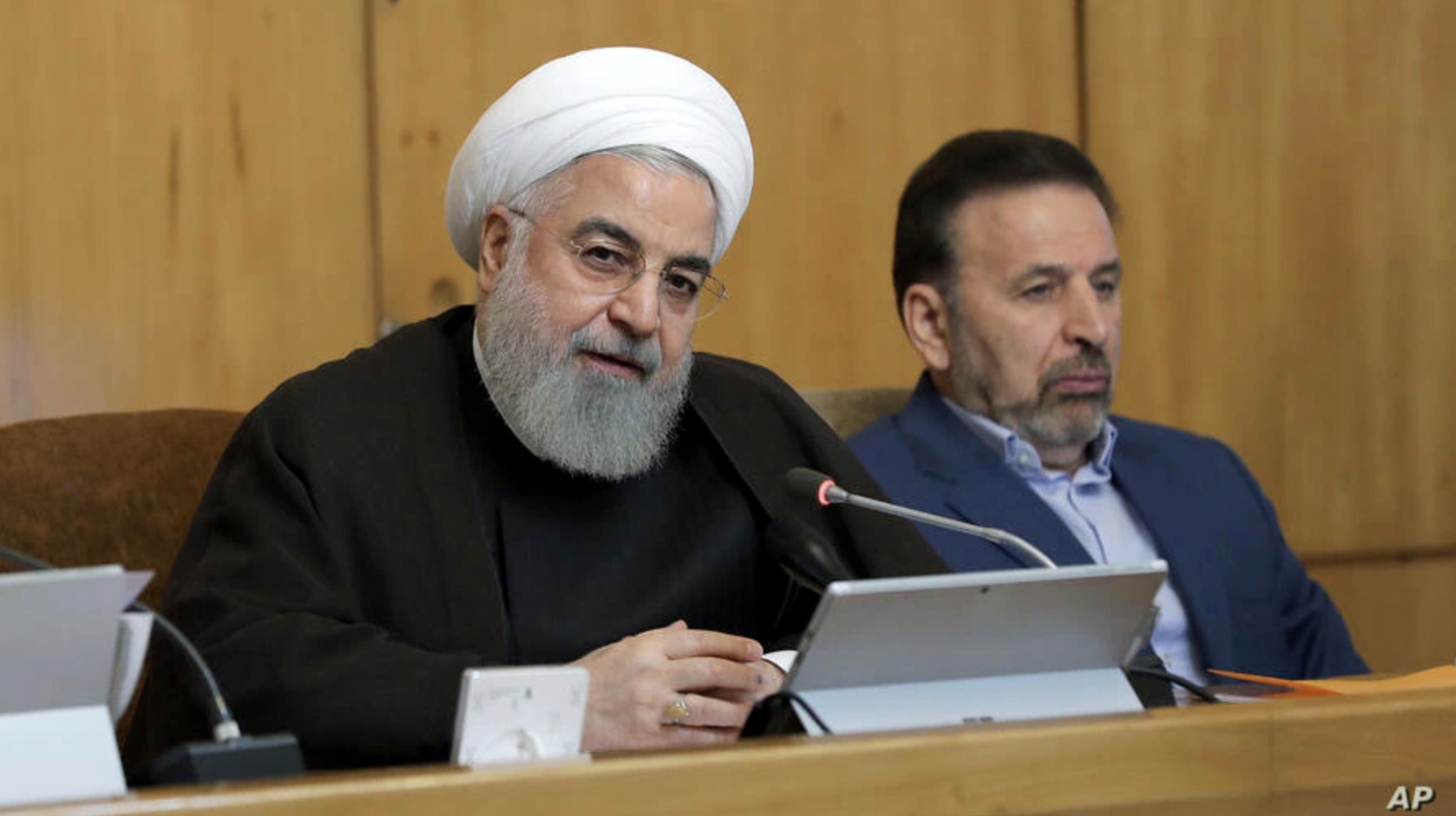 Mahmoud Vaezi, President Rouhani’s chief of staff, said an agreement has been reached in Vienna over lifting most of the U.S. sanctions imposed on Iran during the Trump era. Vaezi said this includes sanctions on individuals and the Iranian Supreme Leader’s office, stating: “Agreement has been reached on lifting some of the sanctions related to individuals and the Leader’s office. But given the basis of the JCPOA negotiations have to do with the nuclear issue, [only] the sanctions related to this [the nuclear] issue will be lifted.”

Meanwhile, President Rouhani said an agreement can be “reached today” if Deputy Foreign Minister Abbas Araghchi is given authority to finalize the deal. Araghchi heads the Iranian delegation in Vienna.

Rouhani added: “We did our work. Now there are some twists and turns and political complications which I don’t want to get into now.”

Rouhani said later in the week that if “some bureaucracies, like parliamentary bureaucracies, didn’t exist,” a deal would have already been reached in Vienna. He says he hopes the various bureaucracies in Iran are “reformed.”

Foreign Minister Zarif has said “it is likely” an agreement will be reached before Rouhani leaves office in early August. Zarif said the differences between the sides in Vienna are less in the latest draft text of the agreement.

In response to this rhetoric from Iranian officials, a State Department spokesman told reporters that “nothing is agreed until everything is agreed.”

Meanwhile, a “committee” will be set up in Iran to review the final agreement and make sure it is in accordance with a parliamentary bill passed last year. This committee will be composed of members from parliament, the Rouhani administration, and the Supreme National Security Council.

Meanwhile, a bill has been introduced in the Iranian parliament that would forbid negotiations between Iranian and American officials. It is not clear if the bill will pass parliament. Already, Ayatollah Khamenei has forbidden direct U.S.-Iran negotiations and the Vienna negotiations are happening via interlocutors.

Newly-elected President Ebrahim Raisi held his first press conference since the election. He talked about negotiations with the U.S., relations with Saudi Arabia and China, his role in human rights abuses, and Iranian Americans travelling back to Iran.

Raisi said U.S. “maximum pressure” against Iran failed. He said his administration’s foreign policy will not begin or end with the JCPOA.

Raisi said his foreign policy will center on “engaging” all countries based on a policy of “balanced” engagement. He says he will support any negotiations that meet Iran’s national interests.

Raisi called on the U.S. to return to the JCPOA and abide by its commitments under the accord. Raisi said he will not engage in “negotiations for the sake of negotiations.” He says the end results of negotiations will be his focus.

In response to a question about his role in the 1988 mass execution, Raisi said he has always defended “human rights.” He says he is “proud” that he always “defended the rights and security of the people.”

Raisi also said the U.S. can show its “sincerity” by lifting sanctions. However, in response to a question about whether he would meet President Biden if the U.S. lifted sanctions, he replied, “no.”

Raisi said Iran’s regional influence and missiles are “non-negotiable.” He also said that he will implement the 25-year Iran-China agreement signed earlier this year.

Raisi said he wants to focus on improving relations with Iran’s neighbors. He stated: “We have announced we seek relations and engagement with all countries, especially neighboring countries, which are important for us.”

Raisi said he will prepare the grounds for Iranians outside the country to return. He said Iranians abroad can invest in the country and that Iran is “one of the safest” countries to invest in. He did not address the ongoing imprisonment of several dual nationals in Iran.

An Iranian customs official says Iran has imported 7,847,800 COVID-19 vaccine doses so far. This includes a new shipment of one million doses that arrived in Iran this week. One million more doses will arrive next week according to this official.

Iran’s native “Barekat” COVID-19 vaccine is entering use. Ayatollah Khamenei has received a dose of the Barekat vaccine, which was recorded and shared.

The Barekat vaccine is the first indigenous Iranian COVID-19 vaccine to be approved by Iran’s Health Ministry. The vaccine reportedly confers a high rate of immunity to COVID-19, according to Iranian outlets.

According to the Health Ministry, 4,400,369 Iranians have received one dose of a COVID-19 vaccine and roughly 900,000 have received a second dose. The vaccines used in Iran so far have mostly been imported from Russia, China, and India, though two shipments from COVAX have also gone through.

The Atomic Energy Organization of Iran (AEOI) says there was an attempted act of sabotage against a nuclear facility that it says was neutralized. Some Iranian outlets reported that the act of sabotage was carried out by a drone.

Nour News, an outlet connected to Iran’s Supreme National Security Council, says the attack targeted an AEOI facility near the city of Karaj. The outlet says no one was hurt and there was no material damage caused.

The New York Times has reported that a drone hit a facility used to produce centrifuges.