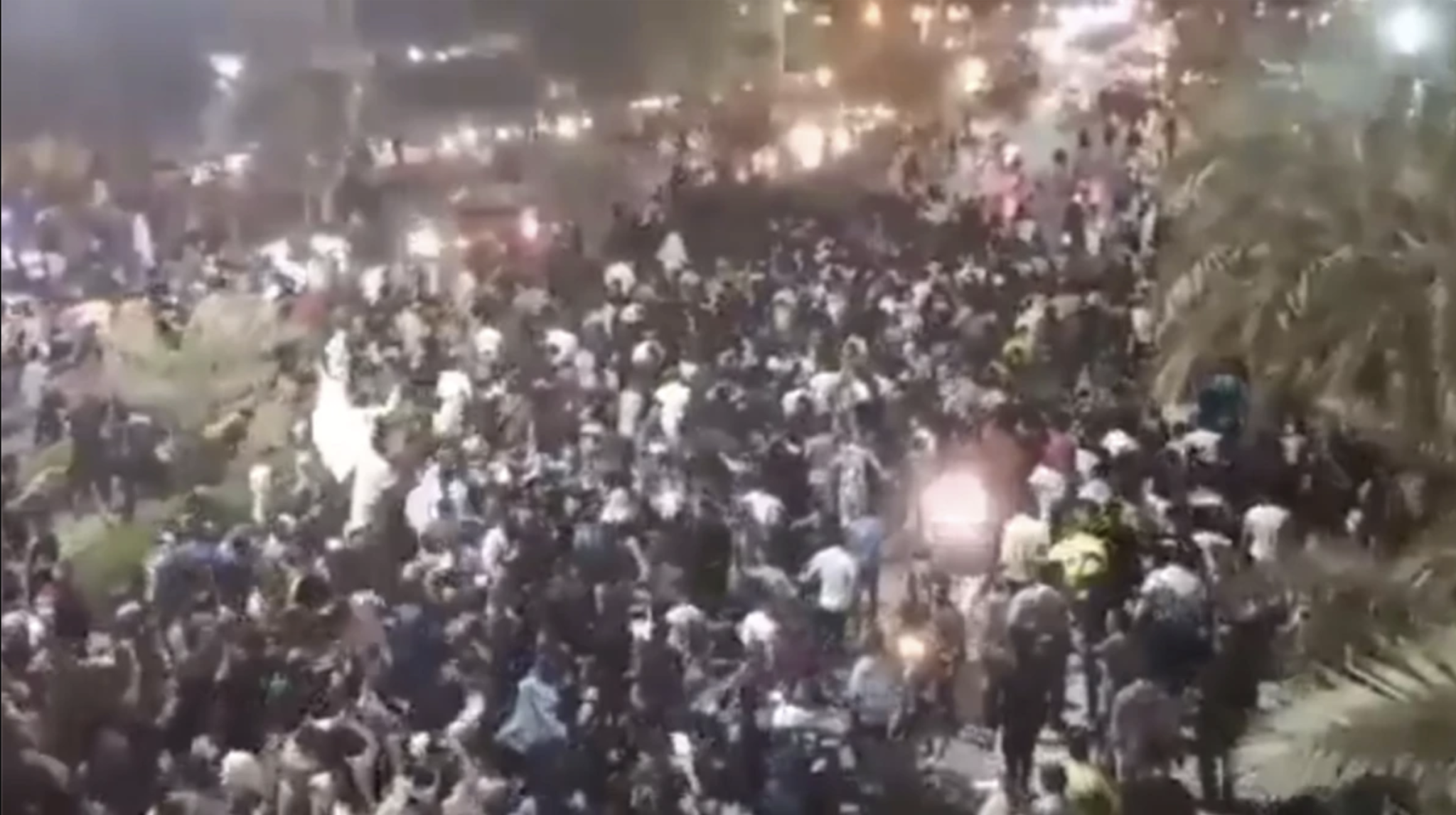 Protests Across Khuzestan Over Water Shortage

Protests Across Khuzestan Over Water Shortage

Videos posted on social media show riot police deployed, tear gas used, and bullets fired into the air by security forces. Iranian officials have confirmed the deaths of two people in the protests, 17-year-old Qassem Khaziri and 30-year-old Mostafa Naimavi. The government blames their deaths on “rioters,” while human rights organizations say they were killed by security forces. According to Radio Farda, the unconfirmed death toll is 4 people as of July 20th.

Experts and some government officials have attributed the water shortage crisis in Khuzestan to several factors. These include the mismanagement of water resources (derived from dam construction and the region’s water being transferred to other provinces), the wasteful use of existing water resources, and drought and climate change.

Videos posted on social media during the first several days of the protests show protestors chanting slogans having to do with the water crisis. However, some videos also show protestors chanting political slogans against the Islamic Republic and senior government officials, including Supreme Leader Ayatollah Ali Khamenei. These slogans appear to have grown more pronounced in recent days, especially in the city of Izeh, in the eastern part of Khuzestan province. Two protesters were reportedly killed in Izeh on July 20th, though this has not been independently confirmed thus far.

Internet speeds and access started getting throttled on the afternoon of July 20th. Internet access for mobile phones has been completely cut in parts of the province.

Government outlets also report that one “relief unit police officer” was killed by “gunfire” in the city of Mahshahr and another wounded.

In Tehran, a group of civil society activists have been arrested after peacefully protesting the crackdown in Khuzestan in front of the Interior Ministry. This includes prominent human rights defender Narges Mohammadi, who was released from prison last year. According to Mohammadi’s husband, the demonstration in front of the Interior Ministry was forcefully dispersed and many of the activists were beaten when they were arrested. These activists were released one day later according to Radio Farda.

Meanwhile, President Rouhani has given orders to allocate a special budget to address the water crisis in Khuzestan, which has been approved. An “independent commission” with representatives from the three branches of government has also been formed to address the crisis. Former Presidents Mohammad Khatami and Mahmoud Ahmadinejad have also condemned the use of force against peaceful protesters.

Ali Rabiee, the Rouhani administration’s spokesperson, says a committee within the Supreme National Security Council (SNSC) has rejected the framework agreement reached in Vienna to revive the JCPOA. Rabiee says this committee found the draft text agreement to be “incompatible” with a law passed by the conservative-dominated in parliament in December. That law mandated expanding Iran’s nuclear program until the U.S. returns to the deal, including by increasing uranium enrichment to the 20-percent level and reducing access to IAEA inspectors.

President Rouhani and his administration strongly criticized the law when it was passed and tried to prevent its implementation. However, according to Foreign Minister Zarif, they dropped their opposition after Supreme Leader Ayatollah Khamenei expressed his support for the law and said it must be implemented.

President Rouhani said last week that if not for this law, a deal could have been reached to lift U.S. sanctions in February or March of this year.

Earlier this month, a committee was established in the SNSC to review any agreement reached in Vienna and judge its computability with the parliament’s law. The committee has seven members. Two are from President-elect Ebrahim Raisi’s team: Ali Hosseini Tash, who is the strategic deputy at the SNSC, and Ali Bagheri, Raisi’s foreign policy advisor. The committee’s other members are Ali Shamkhani, current secretary of the SNSC, Abdolreza Mesri and Mahdi Jalalzadeh from the parliament, and Ali Akbar Salehi and Abbas Araghchi from the Rouhani administration.

The committee’s task is to review any deal out of Vienna and ensure it is in line with the parliament’s bill from last year mandating nuclear expansion.

Rabiee says the SNSC has decided to have the negotiations continue under the Raisi administration. Rabiee says, “the responsibility for this will be with a new negotiating team.”

However, after Rabiee’s remarks, the SNSC’s spokesperson issued a statement rebutting Rabiee. The SNSC spokesperson, Kayvan Khosravi, denied that the committee has rejected a framework deal in Vienna. He said the Vienna negotiations are “far” from an agreement because of the  “bullying positions of America and some of the European sides.”

The number of daily new confirmed COVID-19 infections hit a grim new high of 27,444 this week. Iran is currently experiencing rising COVID-19 infections and deaths amid the spread of the Delta variant. On Tuesday, July 20th, 250 were confirmed to have died from the disease, a daily death figure not seen since May.

According to the Health Ministry, 3,036 people are currently hospitalized with COVID-19. Due to this new wave of infections, government offices in Tehran and Alborz provinces have been shut for a week. The Tehran bazaar has also been temporarily closed again.