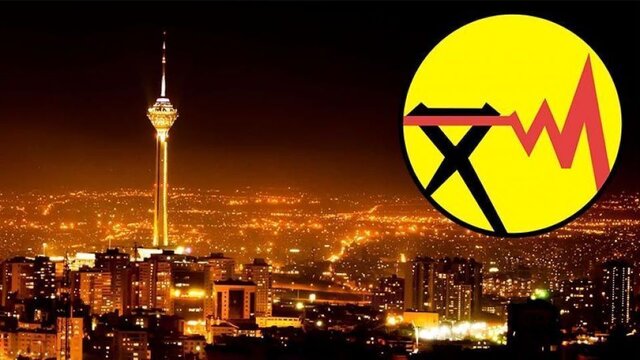 A power shortage has led to rolling power blackouts in parts of Iran. Authorities are blaming an unexpected increase in the demand for electricity this summer as the reason for the power shortage.

According to BBC Persian, the country-wide demand for electricity this summer is around 60,000 megawatts, which is an eight percent increase from the demand last year. BBC Persian says this increase is unprecedented in recent years, with the average yearly increase in power consumption between one and five percent.

The rolling blackouts have led to protests in parts of Iran, including in the provinces of Mazandaran, Golestan, Tehran, and Fars. Videos posted on social media showed protesters chanting “death to dictator,” “death to Khamenei,” and calling for the resignation of Iran’s energy minister.

President Rouhani during his weekly cabinet meeting apologized for the rolling blackouts. Rouhani attributed the power shortage to a lack of investment in Iran’s electricity infrastructure. The government is also imposing measures to reduce the electricity consumption of Iranian industries by 10 percent.

Eshaq Jahangiri, Rouhani’s first vice president, said the rolling blackouts will at most continue until the end of July. Hossein Hosseinzadeh, a member of parliament’s energy commission, said the power shortage will get worse over the course of the next month.

The Pezeshki newspaper has reported that rolling blackouts have affected some hospitals. It has cited witnesses as saying the power in some hospitals, including in Tehran, has at times been shut off. Jahangiri has denied that any hospitals have lost power.

President Rouhani in his weekly cabinet meeting talked about the importance of Iran passing legislation to reform its banking sector and reaching a deal on the JCPOA in Vienna. Rouhani talked about the dormant bills to bring Iran’s banking sector in line with rules set by the Paris-based Financial Action Task Force (FATF), which regulate money laundering and terrorism financing.

Rouhani said that Iran’s banking problems will not be resolved until it passes the FATF legislation. He said Iran will not receive any foreign investment until this happens.

Rouhani said both the FATF and sanctions issues are in Iran’s hands now to resolve. Rouhani said Iran can reach a deal now to lift sanctions if it makes the decision to do so, stating: “We were victorious in the economic war. The issue of sanctions remains which is in our hands. Though a part of it is in the hands of others, the main part is with us. We can make a decision this week and end them [the sanctions]. Or they can continue for months.”

Meanwhile, other Iranian officials have not spoken about when the next round of Vienna talks will be. Mahmoud Vaezi, Rouhani’s chief of staff, has said the negotiations are at the “decision-making stage” for both Tehran and Washington.

Vaezi said the next, “final” round of negotiations will be when both sides have made their decisions. Vaezi also said the Vienna negotiations are more important than Iran extending its agreement with the IAEA over the access of nuclear inspectors to Iran’s nuclear facilities. He stated: “What’s important is that the [Vienna] negotiations continue until sanctions are lifted.”

Naimi also said Iran’s relations are good with Iraq, Syria, Oman, Qatar, and Lebanon. He said Raisi’s priority will be to deepen economic ties with Iran’s neighbors and to encourage Iran’s private sector to invest in these countries.

Meanwhile, several Iraqi and Western outlets have reported that Hossein Taeb, the head of the IRGC’s intelligence organization, has travelled to Baghdad. Taeb is considered a close ally of Raisi. He reportedly met with Iraqi Prime Minister Mustafa al-Kadhimi and commanders of the Popular Mobilization Units militia. Al-Kadhimi discussed the timetable for the withdrawal of U.S. troops with Taeb, which Kadhimi said will be a focus of his upcoming trip to Washington.