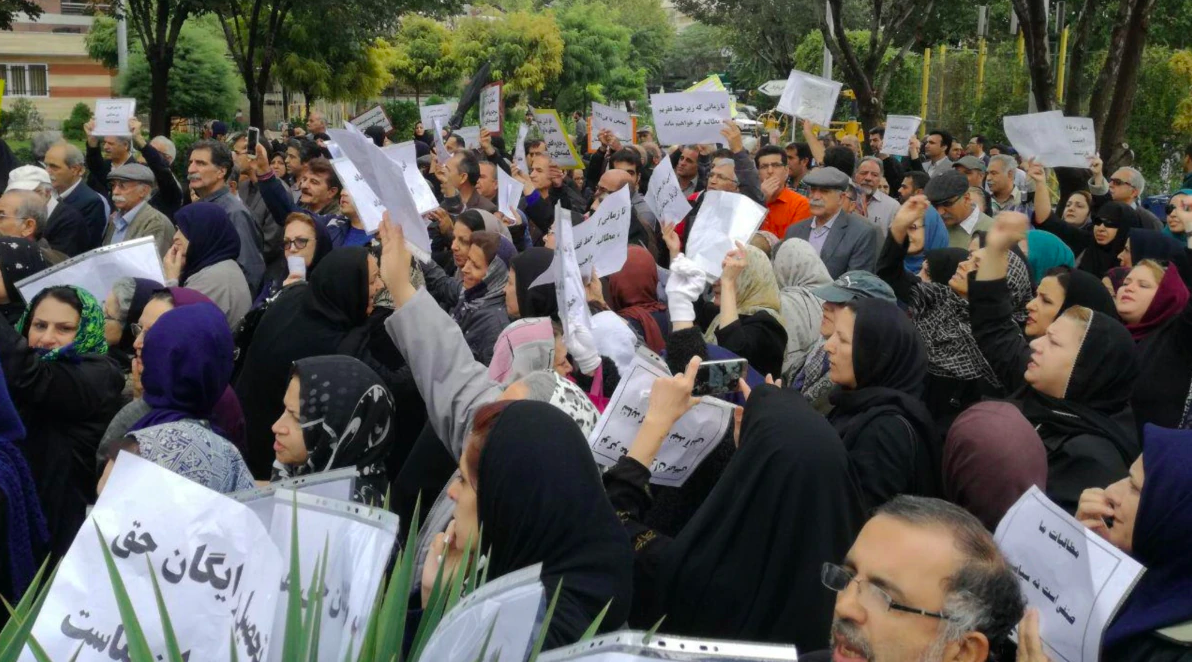 Week of May 6th, 2022 | Iran Unfiltered is a weekly digest tracking Iranian politics & society by the National Iranian American Council

It has been nearly two months since the Vienna negotiations to restore the JCPOA have been suspended. The talks broke off in mid-March and it is still unclear if and when the diplomatic delegations will return to the Austrian capital.

According to press reports, the main impasse continues to be over the U.S. designation of the IRGC as a foreign terrorist organization (FTO). The Wall Street Journal reported on May 1 that Enrique Mora, the EU coordinator for the JCPOA negotiations, seeks to travel to Iran to bridge the remaining gaps.

The WSJ stated: “Mr. Mora will try to persuade Iran to sign off on a final text of the agreement without the foreign terrorist designation and leave that issue to a future point.”

Iran still has not responded to Mora’s request, as per the WSJ. Mora tweeted on May 2 that he is “working hard to revitalize the JCPOA.”

Meanwhile, Reuters reported on May 2 that “Western officials have largely lost hope the Iran nuclear deal can be resurrected.” The outlet cited a “senior U.S. official” as saying that if Iran insists on lifting the FTO designation and other “extraneous demands,” the impasse “is probably not going to be surmountable.”

State Department Spokesperson Ned Price also said on May 4 that the U.S. is “preparing equally” for either scenario of the negotiations succeeding or collapsing. But Price added: “We remain committed to testing the proposition as to whether we can achieve a mutual return to compliance with the JCPOA.”

Senior IRGC commanders have vowed that Iran will not drop plans to avenge the Jan. 2020 U.S. assassination of IRGC general Qassem Soleimani. This has reportedly been a key U.S. demand to delist the IRGC.

The U.S. Senate on May 4 also passed a non-binding motion demanding that any nuclear agreement with Iran not remove the IRGC from the FTO list. 66 senators voted in favor, including 16 Democrats, and 23 voted against.

Price said in response to the Senate vote that the Biden administration has imposed 107 new sanctions against Iran since coming to office. He said 86 of these sanctions have targeted the IRGC. He added that the Vienna negotiations are focused only on the nuclear issue.

Meanwhile, Iran’s Foreign Minister Hossein Amir Abdollahian discussed the JCPOA negotiations in a phone call with his Irish counterpart on May 3. He asserted that Iran has taken “political initiatives” with respect to the talks and said it will “continue diplomacy” while not crossing its redlines.

Iran’s official ISNA outlet reported on May 4 that Ahmad Reza Jalali, a dual Swedish-Iranian citizen, would be executed by May 21. Jalali was arrested in April 2016 and charged with spying for Israel. He was sentenced to execution in the fall of 2017.

Jalali is a specialist in emergency medicine. He wrote a letter from prison in August 2017 saying he was being held because he refused to spy for Iran.

Swedish Foreign Minister Ann Linde tweeted that the reports that Iran would execute Jalali were “very worrying.” She said Sweden and the EU “condemn the death penalty and demand the release of Djalali.”

The announcement of Jalali’s imminent execution comes as the trial of Hamid Nouri, a former Iranian judiciary official, has ended in Sweden. Nouri was arrested after getting off his flight in Stockholm in November 2019 and charged with playing a role in the mass executions in Iran in 1988.

A previous issue of Iran Unfiltered detailed the Nouri trial and the charges against him. His nine-month long trial is now over. He will be sentenced by the judge in the case on June 14.

Iran’s Foreign Minister Hossein Amir Abdollahian spoke to his Swedish counterpart Ann Linde on May 4. While Iran’s readout of the conversation said Abdollahian spoke about the Nouri trial, the Swedish read out said Linde talked about the Jalili case.

Abdollahian dismissed the trial against Nouri as “illegal.” He said it was “unfortunate that a terrorist group that has committed crimes against the people of Iran and Iraq” has created an “artificial atmosphere” about the case. He was referring to the Mojahedin Khalq, an Iranian opposition group at the center of the charges against Nouri.

Meanwhile, State Department Spokesman Ned Price criticized Iran for the “arbitrary detention” of Jalali. He added: “We routinely discuss with our closest partners to determine how best we can address this shameful practice of wrongful detention.”

Teachers held demonstrations in cities throughout Iran on May 1 to demand higher wages. Specifically, the teachers seek the implementation of a bill that would increase their salaries. The legislation was passed by the Iranian parliament in December but still has not been implemented by the Raisi administration.

The teachers are also demanding the release of their colleagues who have been detained. In the lead up to May 1, security forces raided the homes of several prominent teachers active in the protests and arrested them.

Teachers in Iran have been aggrieved for decades over low wages. The bill that would increase their salaries has been circulating for over 10 years. President Ebrahim Raisi recently promised that he would “definitely implement the bill.”

The major teachers’ unions in Iran have said they would expand their protests if the legislation is not enacted.