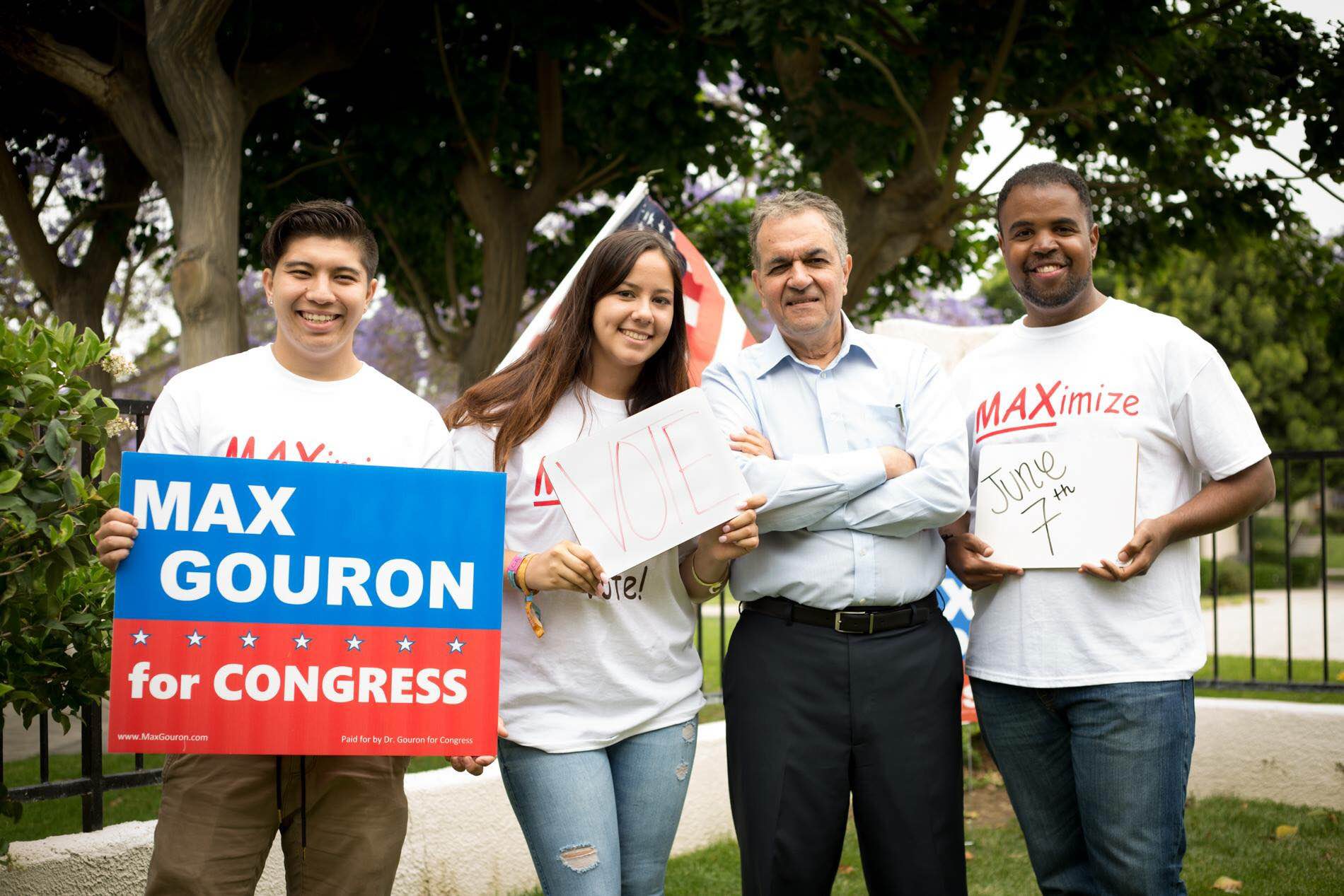 When Dr. Max Gouron moved to Texas in 1972, getting involved in politics was a distant thought. Born and raised in Tehran, Gouron moved to the United States to attend Rice University in Houston on a full scholarship and later went on to obtain his M.D. from the University of Texas Health Center. In 1999, he moved to Orange County and has been a practicing anesthesiologist for almost two decades.

But, like most immigrants, he faced a variety of challenges.

“Assimilating into American culture takes time,” he said. “As a first-generation immigrant you face multiple hurdles … you have to worry about your finances, and then you have to familiarize yourself with the language and social behavior, and after all of that you start to become aware of your rights as a taxpaying citizen.”

Now, having conquered these hurdles, Gouron is campaigning to represent California’s 45th district in Congress. He attributes his interest in politics to his immigrant background and Iranian roots, which he said, helped him see the value in civic participation.

To win the seat, Gouron, who is running as a Democrat, must beat Republican incumbent Mimi Walters, which will prove to be a challenging task. Gouron’s district has not elected a Democrat in more than 30 years and Walters won her last election with 65 percent of the vote. Nevertheless, Gouron is optimistic.

“There is something unusual going on this election year. That Trump and Sanders are still in contention indicates that voters are fed up with the status quo,” Gouron said. “It is just possible that, with the right choice of rhetoric, we might be able to sway the ‘no party preference’ and some Republican voters to our side.”

Gouron’s district includes a large population of Iranian Americans, many of whom have expressed disappointment over recent visa waiver discrimination measures. Gouron said he intends to fight against such discriminatory policies, including the new Visa Integrity and Security Act (HR 5203), which targets visa seekers from Iran, as well as Iraq, Libya, Sudan, Syria and Yemen, for enhanced security measures.

Walters, Gouron argues, “consistently votes against the interests of the Iranian American community.” She opposed the U.S.-Iran Nuclear Deal, supported the Visa Waiver Program Improvement Act (HR 158), as well as a variety of bills to expand sanctions against Iran.

Gouron believes that he offers a unique and fresh approach to politics that distinguishes him from his opponents and people he refers to as “career politicians.” At the core of his platform is a desire to change the status quo in Washington and return to integral politics.

Gouron said that, if elected, he will focus only on the interests of the voters in his district.

The California primary will take place on June 7 and will advance the two candidates who receive the most votes to the general election in November.

“Given that there is still a big interest in Bernie Sanders, the Democrats will show up in droves … so that may work in our favor,” Gouron said.

Despite this, Gouron recognizes the challenges that lie ahead, and has reached out to the Iranian American community in Orange County for support. Volunteers have helped with canvassing, social media, and creating banners and signs.

However, Gouron said that the sobering reality is that Iranian Americans are not yet politically engaged enough to be a key factor of winning the election. He said he hopes he can help change that.

“I’m very proud to be Iranian American,” he said.

This is the second of many profiles in a series highlighting civically engaged Iranian Americans, as part of NIAC Action’s Beshkan the Vote campaign.