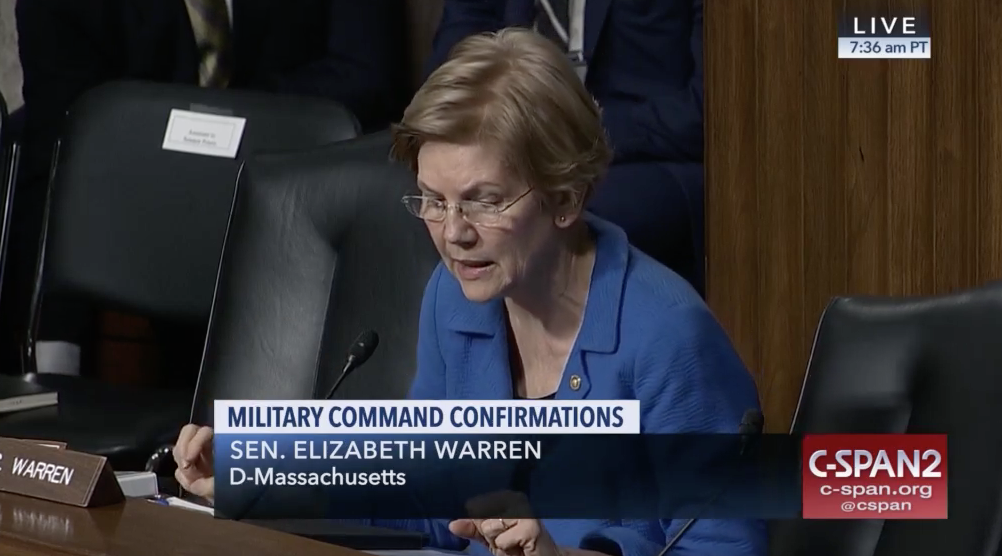 On Sen. Elizabeth Warren’s Call to Return to JCPOA

Jamal Abdi, Executive Director of NIAC Action, issued the following statement after Sen. Elizabeth Warren (D-MA) called on Trump to return to the Iran nuclear accord in a Senate Armed Services Committee hearing this morning:

“As President Trump and his hawkish advisors continue to stoke confrontation with Iran, it is vital that legislators and Presidential contenders like Sen. Warren push back on Trump’s reckless actions and voice support for returning to the nuclear accord. Hardly a week goes by without a saber rattling speech from the Trump administration and new efforts to push the nuclear accord toward collapse. If they succeed, Trump’s team may decimate the ability of a future administration to restore U.S. credibility by returning to the JCPOA and the negotiating table with Iran. Worse, Trump may start a disastrous war with Iran.

“Sen. Warren recognizes both the danger of Trump’s approach and the urgent need to return to the accord. Other lawmakers and 2020 hopefuls should follow her lead and lay out a competing vision to Trump’s bankrupt approach.

In the hearing, Warren stated “If Iran maintains itself in compliance, then I believe the President should reverse his reckless decision to withdraw from the nuclear deal and reimpose sanctions because the deal makes America safer and the world safer.”

In November, the National Iranian American Council issued a report which outlined how a return to the Iran nuclear deal – also known as the Joint Comprehensive Plan of Action (JCPOA) – would restore U.S. leadership and help prevent a disastrous march to war.

READ THE FULL TEXT OF THE REPORT HERE: https://www.niacouncil.org/jcpoa-report/