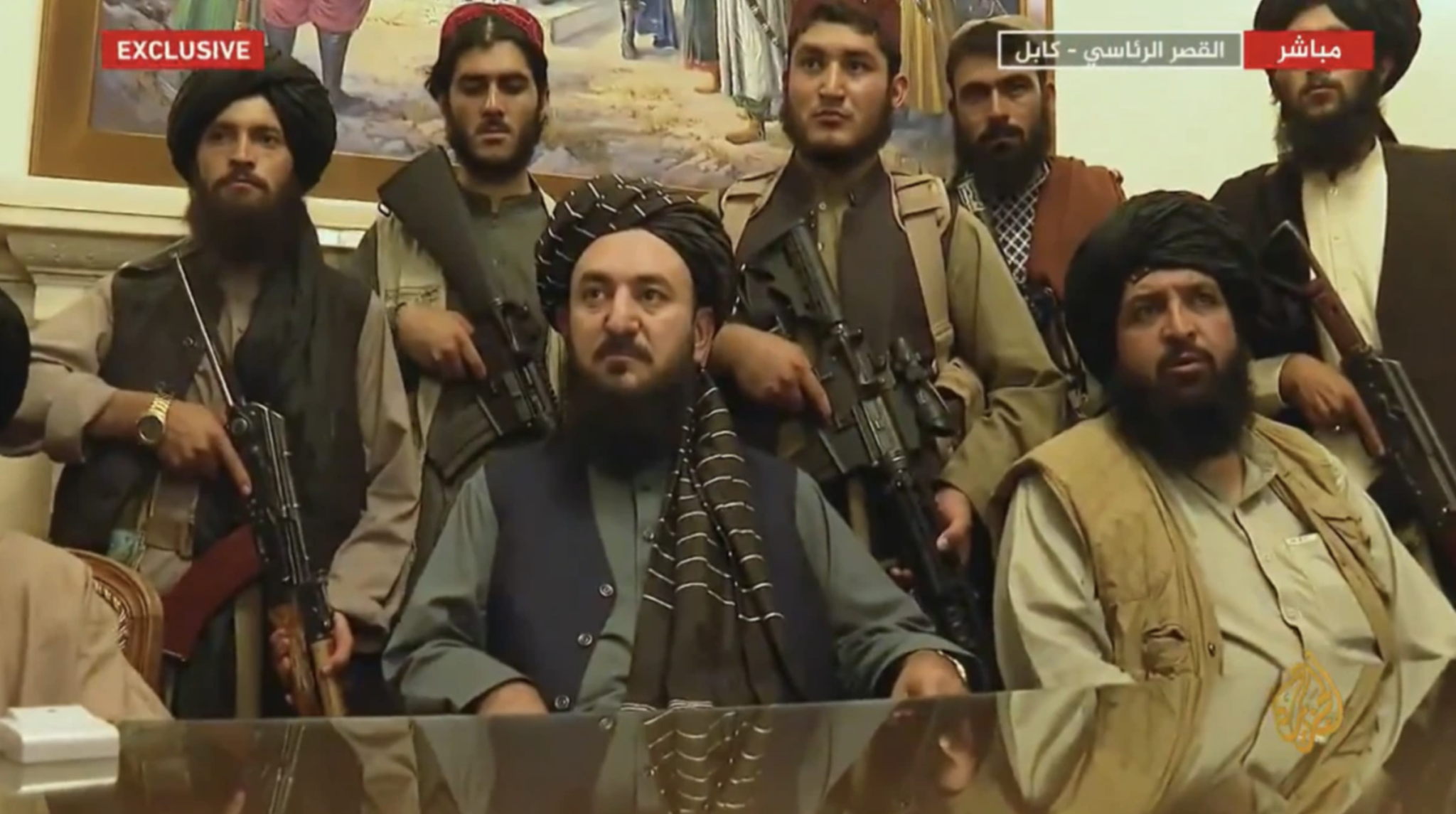 President Raisi described the Taliban’s takeover of most of Afghanistan as a “military defeat” for the United States. He did not name the Taliban but said the current situation should “turn into an opportunity for restoring livelihoods, security and sustainable peace in this country.” He said he “invites all groups to form a national government.”

Foreign Ministry Spokesperson Saeed Khatibzadeh called for a “peaceful transition of power.” He said this should be done by a “strategic council composed of Afghanistan’s great and notable leaders.”

Khatibzadeh also expressed concern for increased violence and called on all sides to demonstrate “restraint and foresight.” He said the “lives, property and honor of all individuals, especially civilians” must not be damaged.

However, a few days before Khatibzadeh’s remarks, Rasoul Mousavi, a foreign ministry official and assistant to the foreign minister, referred to the Taliban as the “Islamic Emirate.” The Islamic Emirate is Taliban’s self-declared name for the government they seek to establish.

Meanwhile, Mohammad Reza Naqdi, the IRGC’s “deputy for coordination,” said the developments in Afghanistan showed the “defeat” of American “occupiers.” He said, “all nations with a correct understanding of the current scene in Afghanistan understand that standing up against great powers results in defeating their occupations.”

Currently, Iran’s embassy is one of four foreign embassies still open and active inside Afghanistan. According to BBC Persian, the other three are the embassies of Russia, Pakistan, and China.

In the past two years, Iran has hosted multiple rounds of peace talks with the Afghan government and the Taliban.

Iran and the Taliban had hostile relations when the group was previously in charge of Afghanistan. Iran almost went to war with the Taliban in 1998 after the group killed 8 Iranian diplomats and one journalist after capturing the city of Mazar-e Sharif.

Today, at least 1.5 million Afghans live in Iran. There have been anti-Taliban demonstrations in the cities of Mashhad, Tehran, and Qom in the past week by Afghans in Iran. Iran has said it will accept new Afghan refugees in temporary shelters on the border.

MP Zahra Elahian, a member of parliament’s national security commission, said the Raisi administration’s “model of negotiations” in Vienna will “definitely be different” that the Rouhani team. She said “”Unfortunately, the negotiations during Rouhani’s administration continued without any result, we will definitely not see this happening with the new administration.”

MP Esmail Kowsari, also a member of the parliament’s national security commission, said negotiations will resume. He said there is “no discussion” in Iran of not continuing the negotiations.

During his inauguration speech, Raisi said he would support “any diplomatic plan” to lift sanctions. At his inauguration ceremony, EU Deputy Foreign Policy Chief Enrique Mora met with Raisi’s pick for foreign minister Amir Abdollahian. The talks were described as positive and an EU official said afterwards: “The Iranians said they want to get back to the negotiating table ‘as soon as possible’ — not just for talks but to achieve an agreement. They want a success.”

There have been six rounds of JCPOA talks in Vienna since April. The last round was in June. It is still not clear when the next round will be.

The number of confirmed COVID-19 deaths in Iran reached over 100,000 this week. This is the official figure, and Health Minister officials themselves estimate the real death toll to be as much as two times this figure.

Iran has instituted a new lockdown to stymie the spread of the devastating fifth wave of the virus. Deputy Health Minister Iraq Harirchi said this week the number of sick people requiring hospitalization is “stabilizing and reducing” in 14 provinces.

However, Health Minister Saeed Namaki warned the virus’s continued mutations might make vaccines ineffective in the future. Iran has imported 24.5 million vaccines so far, most of which are the Chinese Sinofarm.