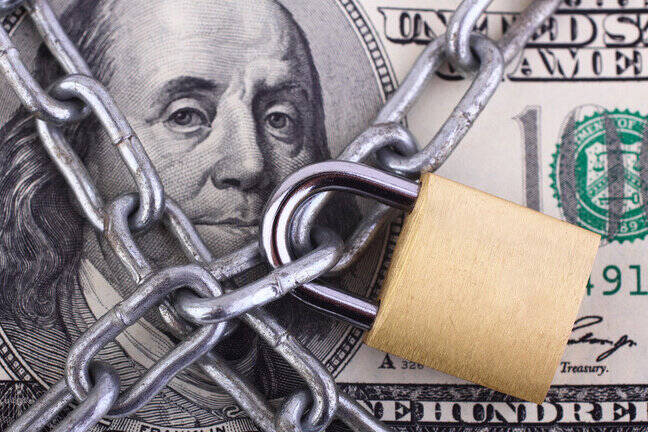 Officials Claim Some of Iran’s Frozen Assets Have been Released

On November 11th, Ali Naderi, the managing editor of the Islamic Republic News Agency (IRNA), claimed that $3.5 billion of Iranian assets frozen by U.S. sanctions have been released from “a country.” He did not identify this country but said the money was being used by Iran for international trade.

Days later, the Iranian Central Bank echoed this claim and said it had gained access to some of Iran’s frozen assets.  The Central Bank said these U.S. dollars would be allotted for the import of “essential goods” at the lower exchange rate of 4,200 tomans to a dollar.

Iran’s President Raisi and Foreign Ministry spokesperson also said that some of Iran’s frozen assets have been released. Iran has been unable to repatriate upwards of $100 billion of its assets in banks across the world due to U.S. sanctions. The U.S. must allow for other countries to release these funds. There are no public reports that the Biden administration has allowed for this.

The reformist Shargh newspaper analyzed the claim of Iranian assets being freed in an article titled, “America’s secret concession to Iran?” Shargh analyzed this from different angles and said “it is highly probable” that “America requested this blocked money” to be released.

Shargh says its “strong guess” is that the details of this are not being revealed because the U.S. wanted to give a positive signal to Iran while at the same time minimizing the domestic political cost for the Biden administration. Shargh states: “As such, it is possible this news is a signal and a step from Washington to Iran’s benefit and aimed at satisfying Tehran” on the JCPOA talks and the U.S. taking the first step on sanctions relief.

Rafael Grossi, the Director General of the IAEA, is travelling to Iran on November 22nd. On November 23rd, he will meet with the head of the Atomic Energy Organization of Iran and Iran’s foreign minister. The trip comes after weeks of Grossi criticizing Iran over its lack of cooperation with the IAEA.

The trip will come on the heels of a Wall Street Journal report that Iran has resumed production of advanced centrifuges at a facility in the city of Karaj. The facility had come under a drone attack in June, which Iranian officials and The New York Times attributed to Israel.

Since the attack on the Karaj facility in June, WSJ reports that 170 new advanced centrifuges have been produced at the facility. WSJ cites a source as saying Iran restarted producing the centrifuges roughly one month after the act of sabotage.

Grossi has been sharply critical of acts of sabotage against Iran’s nuclear program and said they have damaged IAEA surveillance equipment, including at the Karaj facility. Grossi said in October: “As a general rule, as a general principle, I would say violence is never a means to achieve anything unless it is in self-defense, as the charter of the United Nations also recognizes. It’s a very problematic issue.” He added: “But I would say in this particular case, there was an incident there, and as a result of that incident some of our equipment was affected.”

Iran and the IAEA reached an agreement in September for the IAEA to repair damaged surveillance cameras and replace their memory cards. The IAEA has said Iran has allowed for this to happen at all its facilities except this facility in Karaj. Iran’s reason for not allowing this is that its investigation into the June attack at the facility is still ongoing.

Prominent human rights defender Narges Mohammadi has been arrested again. Her arrest comes close to the two-year anniversary of the country-wide protests of 2019, which the government brutally cracked down upon.

Mohammadi was released from prison in October 2020 after her previous sentence was reduced. However, she was still not allowed to get a passport or leave the country. She was arrested again this summer on charges including “propaganda against the state.” She was sentenced to 30 months imprisonment and 80 lashes, but her sentence has not yet been implemented.

Mohammadi is one of the most outspoken Iranian dissidents residing in Iran. She and 14 other domestic dissidents, including Nasrin Sotoudeh, Abolfazl Ghadyani, and Jafar Panahi, have signed a letter calling for a “peaceful transition from the Islamic Republic system to a democratic, secular, parliamentary system.”

IRGC Aerospace Commander Amir Ali Hajizadeh gave an interview this week to students from Sharif University. Hajizadeh talked about a range of topics, including Iran’s desire to avoid war with the U.S. after Qassem Soleimani’s assassination and Iran’s response to Israeli acts of sabotage and assassinations. He also criticized the former Rouhani administration.

Hajizadeh said Iran could have entered a “full-blown” war with the U.S. after Soleimani’s assassination in January 2020. He said such a war would have taken Iran back “10-20 years.”

Hajizadeh added: “We reached the conclusion that war would not have good results for us, and we should take an action that has good benefits for us and the region. At the end, officials decided on the policy of the expulsion of America from the region.”

At the same time, Hajizadeh said Iran decided to attack the Ain Al Asad base in Iraq because there “had to be a military response to America’s military attack.” He said the U.S. had threatened to attack 52 sites in Iran if Iran retaliated to Soleimani’s assassination, which did not occur.

Hajizadeh claimed that after Iran launched its missile barrage against the Ain al Asad based hosting U.S. troops, “80% of US military ships in the Persian Gulf left for the Gulf of Oman.”

Hajizadeh also talked about Iran’s response to Israeli acts of sabotage and assassinations in recent years. He said he’s “heard about” about “explosions on Israeli ships, fires at Israeli factories and many Israelis killed in Erbil.” He said, “after all, we have a God.”

Hajizadeh also blamed Iran’s domestic security shortcomings on the “pro-West” Rouhani government. In a slight against Zarif and his leaked tape earlier this year, he said “diplomacy dependent on being West-centric doesn’t even accept the military arena [role of Iran’s military].”

According to the spokesperson for the Medical Sciences University of Hormozgan, one person died from the earthquakes and 99 others were injured. The death occurred from a falling light pole.