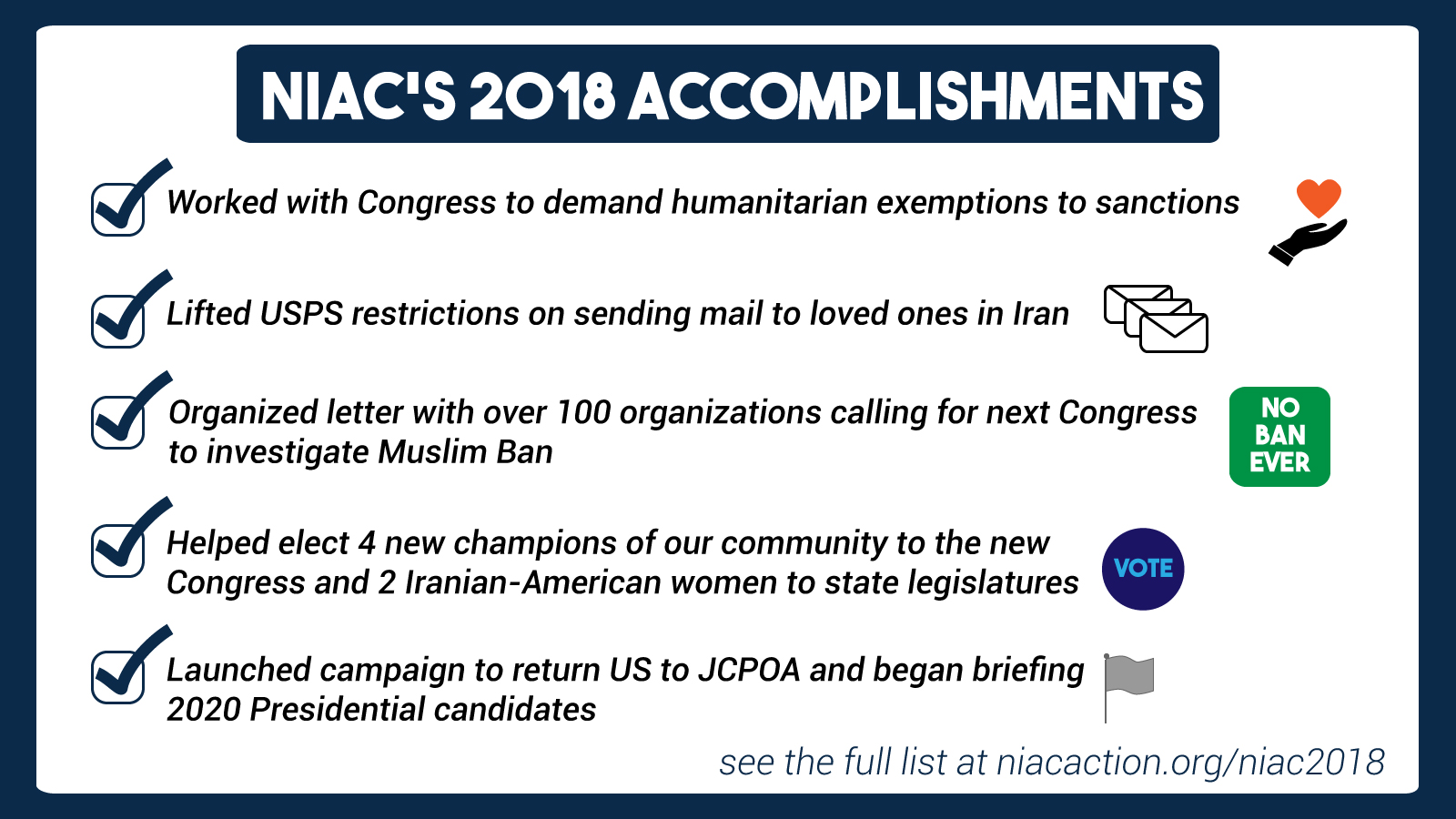 2018 began as a year of great challenges for our community. Yet we were able to accomplish a lot. In 2019, with the new Congress and new political landscape we helped create, we have an incredible opportunity to make our voices as powerful as ever for real change. We need your help to do that.

This year, we successfully carried out NIAC’s first-ever leadership transition – cementing our status as an institution for our community that will give us a voice for years to come. We won policy victories, held record-breaking fundraisers, and began setting up leadership councils across the country.

Thanks to your support, here is some of what NIAC and NIAC Action was able to accomplish in 2018:

Victories on the issues

We’re proud of what we were able to accomplish this year and look forward to doing even more in 2019. We need your support if we’re going to make that happen.