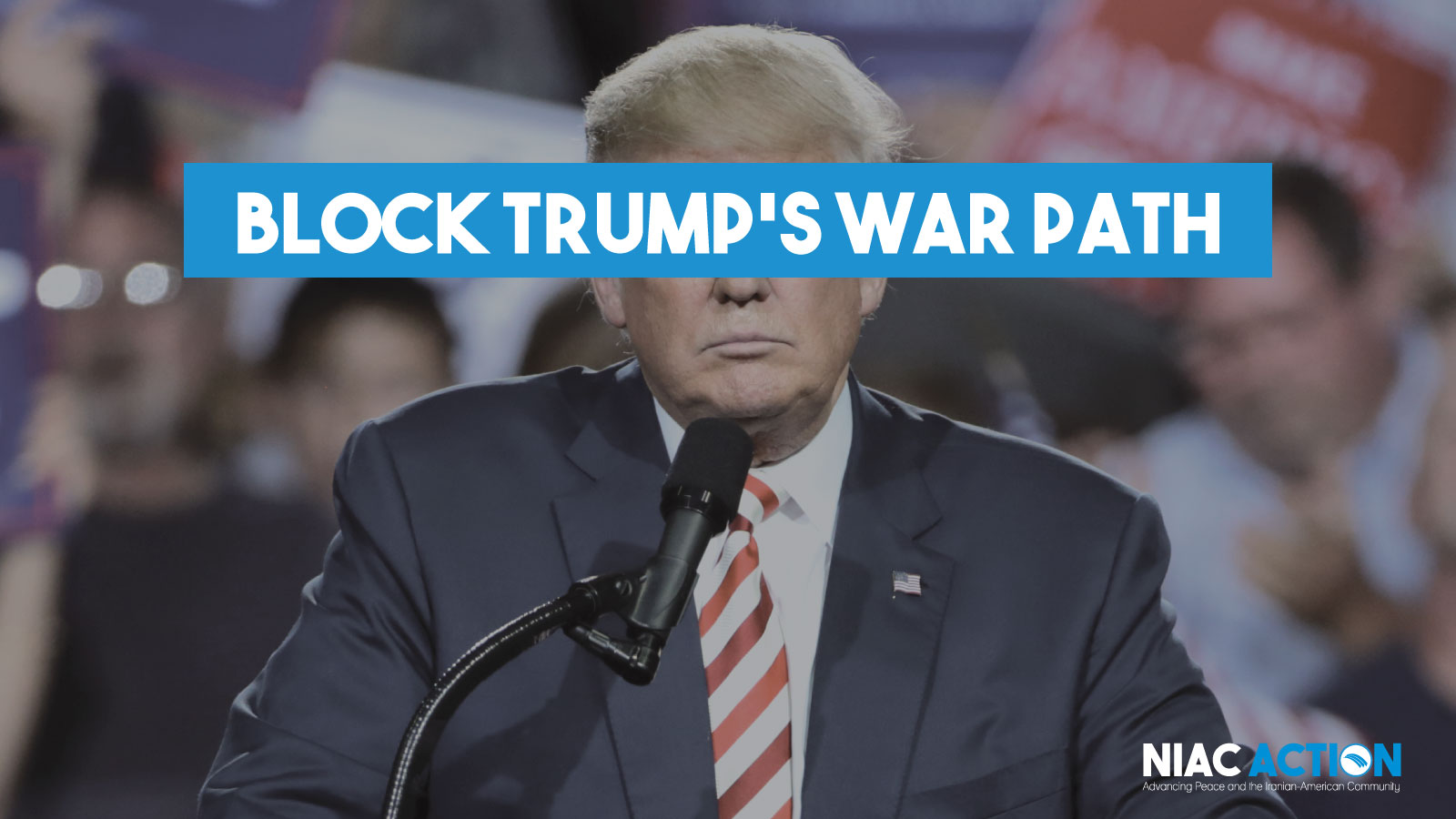 Jamal Abdi, President of the National Iranian American Council, issued the following statement on President Trump’s veto of the bipartisan war powers resolution (S.J.Res. 68) that passed the House and Senate:

“Whether Trump realizes it or not, his administration has shuttered diplomatic opportunities with Iran while laying the groundwork for a disastrous war. Since last year’s escalation of sanctions pressure, the U.S. and Iran have gone to the edge of full-blown war twice and only narrowly avoided complete disaster. Even amid pandemic, Trump’s advisers like Secretary of State Mike Pompeo are urging escalation instead of sorely needed humanitarian sanctions relief.

“Congress deserves credit for seeing through the administration’s lies regarding its reckless Iran policy and sending a very clear signal that the President does not have authority to take the nation to war on his own. Senator Kaine, in particular, deserves credit for working across the aisle to build bipartisan support for this vital measure.

“However, Congress can’t afford to take its eye off the ball amid the pandemic, as the U.S. and Iran are still a spark away from conflagration. Congress should seek to pass this resolution again and overcome the Presidential veto, whether by overriding or inserting war prohibitions into a must-pass bill later this year. Congress must also repeal the nearly two-decades old legislation that the administration has cited as the basis for its dangerous Iran escalations and forever war in the Middle East.

“After two years of failure following Trump’s decision to abrogate the nuclear deal, now should be a time for the administration to take stock, consider the unacceptable consequences of war amid pandemic, and recalibrate its Iran approach. That should start with a humanitarian lifting of key Iran sanctions, as has been called for by the UN and other actors, and a return to diplomacy. Unfortunately, the President’s veto today is a clear signal that he is still on the war path with Iran.”