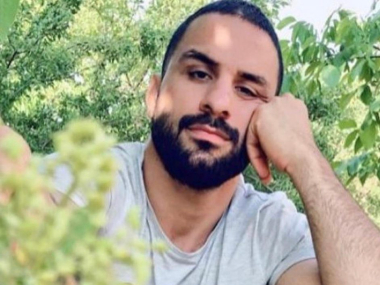 “The shocking news of Navid Afkari’s execution, an Iranian wrestling-champion who was only 27 years old, has shaken many in our community, the sporting world, and the global community. For Iranians and Iranians of the diaspora alike, yesterday was a day of grief not only for the loss of life of this young man, but the shared pain of ceaseless injustice. While Iranian authorities accused Navid of a heinous crime, it is important to remember the most basic element of any justice system—one is innocent until proven guilty.

“In the case of Navid, and sadly many others under the cruelty of the Iranian judiciary, reports of tortured confessions and the haste with which this execution was carried out demonstrates a clear lack of due process and no regard for the rule of law. The targeting of protestors violates a central right of any citizen: the right to protest and hold your government accountable to its people. Furthermore, the death penalty is by its very nature immoral and should be abolished in Iran and throughout the world.

“The torment of Iranians has become far too commonplace, we have watched them suffer at the hands of their own government’s repression and corruption, and seen their livelihoods endangered under the weight of brutal U.S. sanctions. As these pressures have mounted, Iranians have taken to the streets to express their rightful grievances. Rather than heeding their calls, Iranian authorities have grown increasingly oppressive.

“NIAC condemns, unequivocally, the execution of Navid Afkari, which was carried out suddenly and in secret, without the knowledge of his family. We share our deepest condolences with his family, especially his mother whose loss is immeasurable. Despite the clear attempts to instill fear in Iranians, this injustice will only reinforce the already serious grievances of the Iranian populace. The Iranian government must adhere to its human rights obligations and take urgent action to address the fundamental inadequacies of a justice system unworthy of the name. True justice is carried out in the open, not shrouded in darkness.”