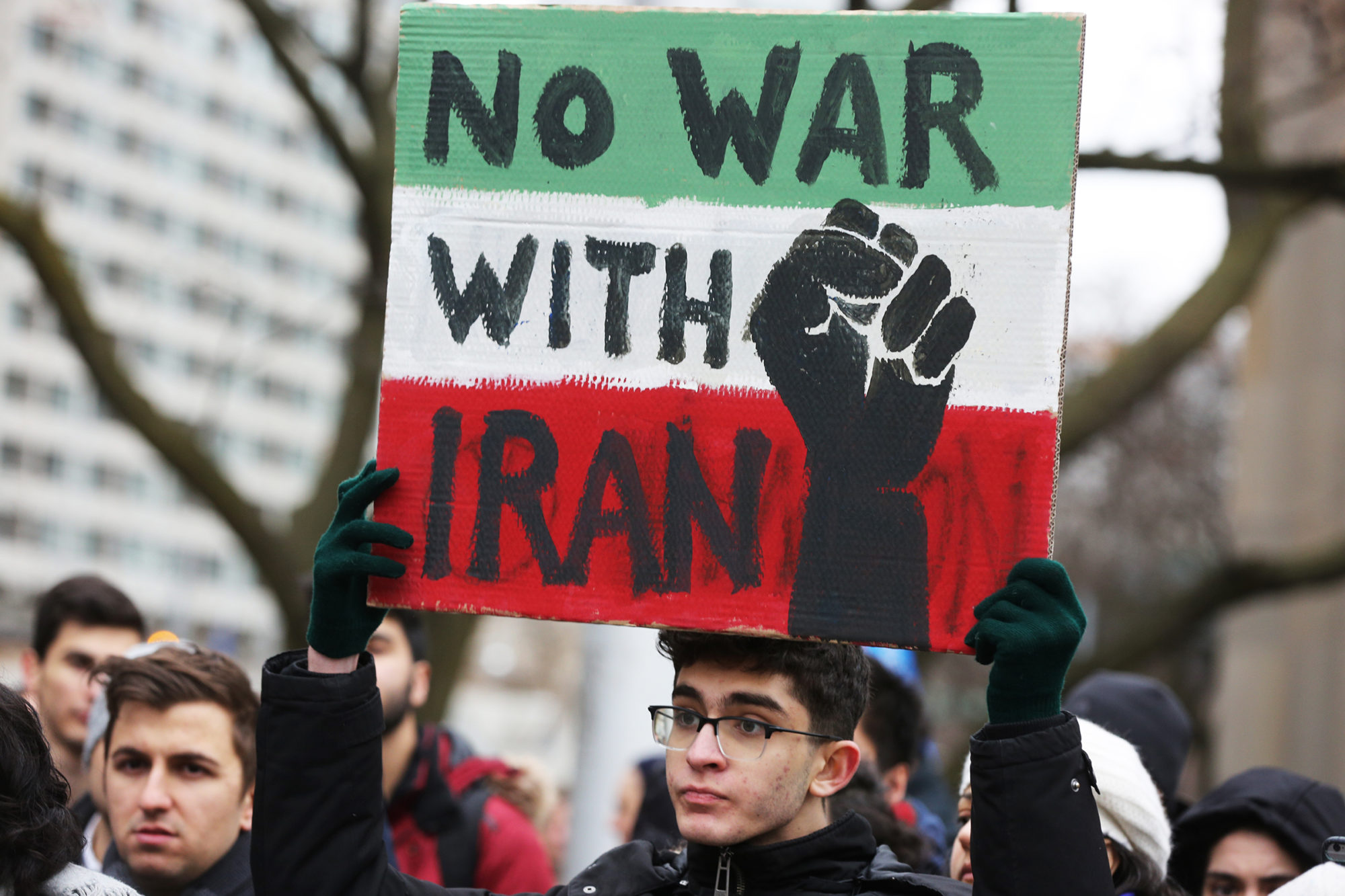 NIAC Signs Letter to Congress in Support of Rep. Schakowsky’s “No War With Iran” Amendment

Washington, D.C. – Today, a group of 22 anti-war organizations representing millions of Americans —including National Iranian American Council, Friends Committee on National Legislation, J Street, Win Without War, and VoteVets — endorsed an amendment by Congresswoman Jan Schakowsky (D-IL) to the Fiscal Year 2021 National Defense Authorization Act (NDAA) requiring the Trump Administration to cease hostilities against Iran, which have not been authorized by Congress.

In a letter, the organizations called on the House Rules, Armed Services, and Foreign Affairs Committees to support the Schakowsky amendment. The NDAA is expected to come to the House floor next week for amendments to be considered and for final passage. The full text of the letter and complete list of signatories is below:

We, the undersigned organizations, urge you to support Congresswoman Jan Schakowsky’s amendment to the Fiscal Year 2021 National Defense Authorization Act (NDAA) stating that Congress has not authorized war with Iran and requiring the administration to cease hostilities against Iran, which have not been authorized by Congress.

The language in this amendment is nearly identical to S.J.Res.68, Senator Tim Kaine’s War Powers Resolution, which  passed with bipartisan and bicameral majorities in the House and Senate earlier this year. In May, President Trump vetoed S.J.Res.68 and unfortunately the Senate failed to override. Congresswoman Schakowsky’s amendment to the NDAA provides the House a chance to respond to the administration’s veto of the Iran War Powers Resolution and makes clear that war with Iran has not been authorized by Congress.

Article I, Section 8 of the U.S. Constitution states that only Congress has the authority to declare war. The framers gave Congress this power to ensure that the American people, through their elected representatives, have a say in the extraordinary decision of whether to choose war. Congress has not authorized military action against Iran and should not permit our military to be used for that purpose.

With tensions between the U.S. and Iran at a dangerous level following the recent explosion at an Iranian nuclear facility in Natanz, consideration of this amendment comes at a critical time. During the COVID-19 pandemic and subsequent economic crisis, the last thing the U.S. or the world needs is a war with Iran. Widespread support in the House for this provision helps open the space for diplomacy and lessens the likelihood of miscalculation by all parties. The provision also reduces the chances of preemptive military action against Iran by signaling that Congress and the American people want a restrained foreign policy and that the U.S. does not intend to take sudden, unauthorized, offensive military action against Iran. Importantly, the amendment expressly states that it shall not be construed to prevent the president from defending the United States from imminent attack.

As organizations working to prevent war abroad, we believe it is essential that House members vote on this important amendment. With your support, Congress can reassert its constitutional war authority, ensure public debate over whether and when the United States goes to war, and help prevent a disastrous unauthorized war against Iran.

Church of the Brethren, Office of Peacebuilding and Policy

Council for a Livable World

The United Methodist Church – General Board of Church and Society