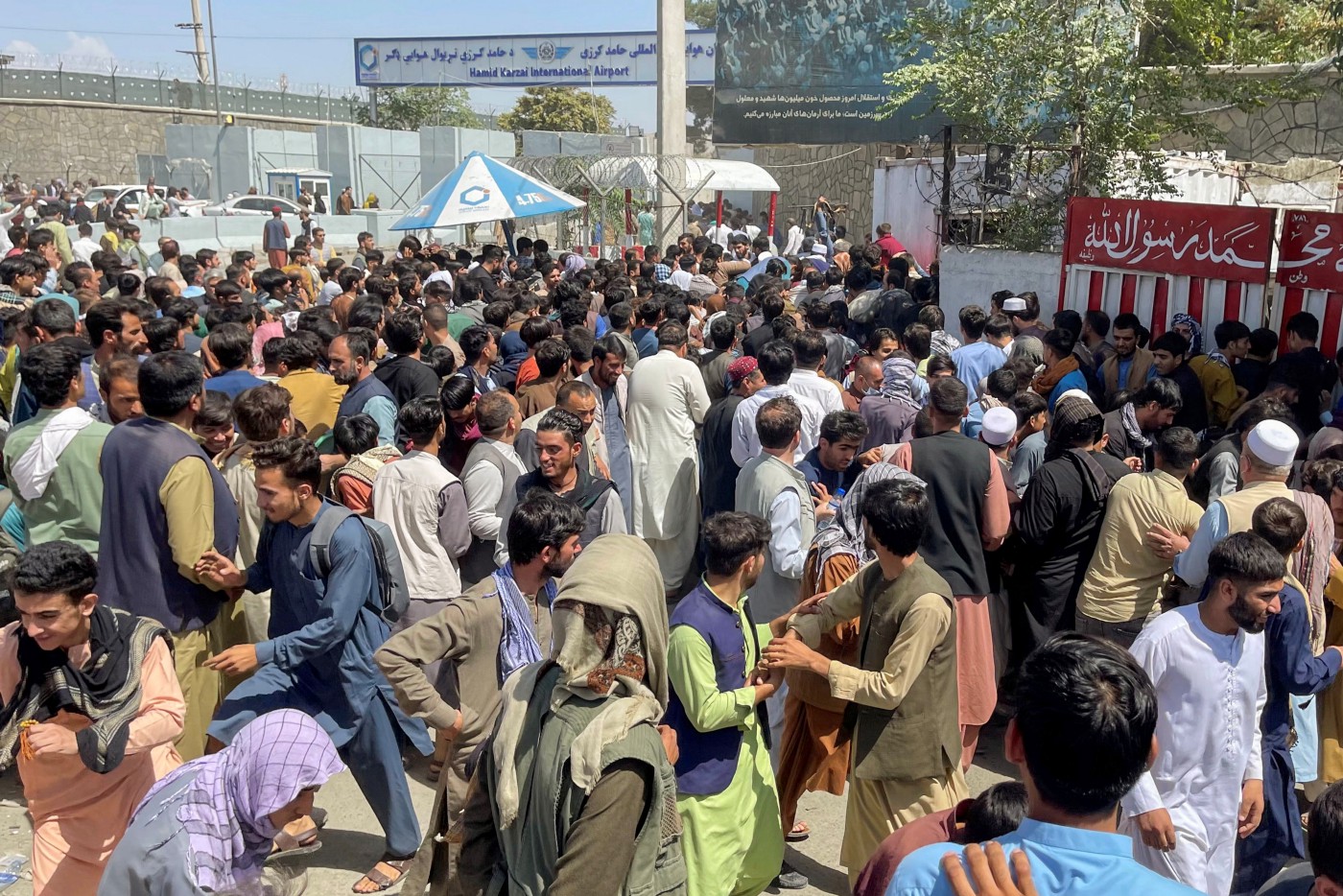 Washington, DC – National Iranian American Council joined a letter led by Afghans for a Better Tomorrow calling on the Biden administration to take concrete steps to help Afghans seeking evacuation following the takeover of the Taliban. Dozens of other civil society organizations co-signed the letter, including Afghan Women’s Mission, MoveOn and Win Without War.

The letter calls for the U.S. to continue to secure the airport in Kabul to allow for the safe evacuation of Afghans, to adopt an open door policy for Afghan refugees, to take a number of key steps to clear bureaucratic hurdles standing in the way of assistance, and to provide a generous package of humanitarian assistance to meet the needs of millions of Afghans. As the letter states, “Given the two decades of U.S. involvement in this devastating conflict, during which approximately 241,000 people were killed, the United States’ moral obligations do not end with its exit from the military theater in Afghanistan.”

Please see the letter below:

Afghanistan is entering a humanitarian crisis it has not seen in decades in the wake of the exit by U.S. military forces. The Taliban have nearly taken over the entirety of the country and President Ghani has fled. The U.S. has evacuated its embassy and is currently attempting to secure Hamid Karzai International Airport in Kabul. Hundreds of thousands of people have been internally displaced. There are reports of the Taliban executing women in extrajudicial killings as well as imposing restrictions on women and journalists. Cash liquidity at banks is becoming an issue as droves of Afghans are withdrawing cash and many Afghans at risk from Taliban repression are attempting to leave the country in desperation.

Given the two decades of U.S. involvement in this devastating conflict, during which approximately 241,000 people were killed, the United States’ moral obligations do not end with its exit from the military theater in Afghanistan. After pursuing 20 years of failed policies that have done incredible harm to Afghans, the United States and its NATO allies have a responsibility to accept every Afghan seeking refuge.

The United States’ first and foremost priority should be the protection and safety of the airport in Kabul, allowing it to remain operational and working so military and commercial flights can operate so at-risk, vulnerable Afghans can escape the cruelty of the Taliban’s rule.

Secondly, the Biden administration should announce a bold open-door Afghan refugee policy, welcoming any Afghan seeking refuge and safe haven. It should also push for neighboring countries to take in any Afghans that seek to transit there as well as push for the international community to drop its visa requirements on Afghan nationals, something that is currently restricting freedom of movement. Due to the gravity of the security situation in Afghanistan, the United States and its NATO allies should charter flights for all vulnerable groups who seek asylum and refuge in the United States or beyond. If they do not reach safety, many of these Afghans will be lashed, repressed, or killed.

To further facilitate the urgent need to provide a safe haven to Afghans in danger, the Biden administration should increase refugee quotas for Afghanistan, as well as expedite processing for Special Immigrant Visas (SIV) and Priority 1, 2, and 3 (P1, P2, and P3) applicants. Further, any Afghan currently in the United States must immediately be given Temporary Protected Status (TPS) to avert any threat of deportation to a crisis.

To effectively evacuate Afghans who are at risk, it is also vital to increase the capacity of NGOs operating in Afghanistan that make referrals for the P2 program. The United States should also broaden the scope of the P2 program to include vulnerable Afghans — especially women and girls, human rights defenders and activists, anti-corruption actors from civil society, the LGBTQI+ community, people with disabilities, and ethnic and religious minorities — who have not yet been direct recipients of aid or protection. For many Afghans who don’t qualify for these programs, humanitarian parole and family reunification applications should be expedited and prioritized for processing.

Finally, the United States must provide a generous emergency humanitarian aid package that can meet the basic needs of millions of Afghans who will rely on the U.S. and the international community to ensure they do not starve.

Afghans For A Better Tomorrow