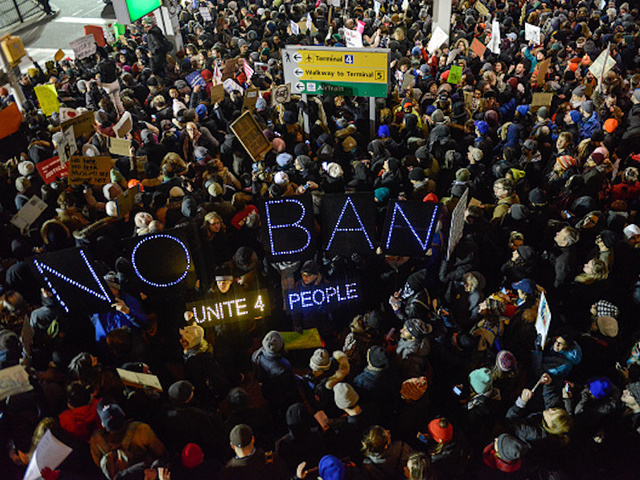 Today, over 100 organizations sent a letter, led by the No Muslim Ban Ever Campaign and NIAC, to the Biden administration calling for immediate relief to those still harmed by the Muslim and African ban.

One year ago, President Biden rescinded Trump’s discriminatory Muslim and African bans, which barred certain nationals from Burma (Myanmar), Eritrea, Iran, Kyrgyzstan, Libya, Nigeria, Somalia, Sudan, Syria, Tanzania, and Yemen from entering the United States. While this move is praised by the signers of this letter, the victory was short-lived, as most of the families and individuals impacted by the ban remain separated to this day. The letter details 13 policy proposals that would help the Biden administration take large strides to right the wrongs of the Trump administration by providing clarity for impacted communities; redressing the harm for those who were denied visas, including those who won the diversity visa lottery; restoring consular services; and addressing the harmful policies that laid ground for Trump’s bans and continue to leave paths for future administrations to re-implement his legacy.

Read the full letter below:

1.20.22 Redressing the Harm Caused by the Muslim and African Bans Sign-on Letter
Back to top