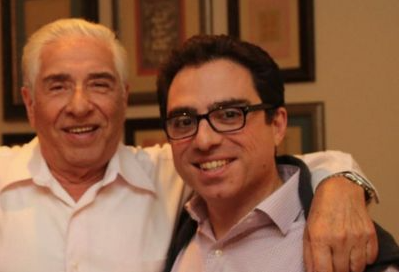 NIAC Action Executive Director Jamal Abdi released the following statement welcoming the introduction of a resolution from Reps. Ed Royce (R-CA), the Chairman of the House Committee on Foreign Affairs, and Gerry Connolly (D-VA) urging the Islamic Republic of Iran to immediately release Siamak Namazi and his father, Baquer Namazi:

“We are thankful to Representatives Royce and Connolly for leading this important bipartisan resolution urging the swift release of Iranian Americans Siamak and Baquer Namazi, and hope that Congress will swiftly pass the measure. The Iranian government should immediately release Siamak and Baquer and enable them to return home to their families. They are not guilty of any wrongdoing, have not been formally charged with any crime despite their months-long detention, and should not be imprisoned solely on the basis of paranoia or political agendas from hardliners in Iran.

“NIAC Action and the Public Affairs Alliance of Iranian Americans (PAAIA) supported the introduction of this resolution and hope that U.S. officials will double down in their efforts to secure the Namazis’ release.

“In addition to moving swiftly to release the Namazis, Iran should immediately release all political prisoners – including other dual nationals who have been targeted in recent weeks – and to follow through on its commitment to assist the U.S. in determining the whereabouts of Robert Levinson. We are hopeful that committed diplomacy can secure the release of the Namazis and encourage Iran to comply with its international human rights obligations.”