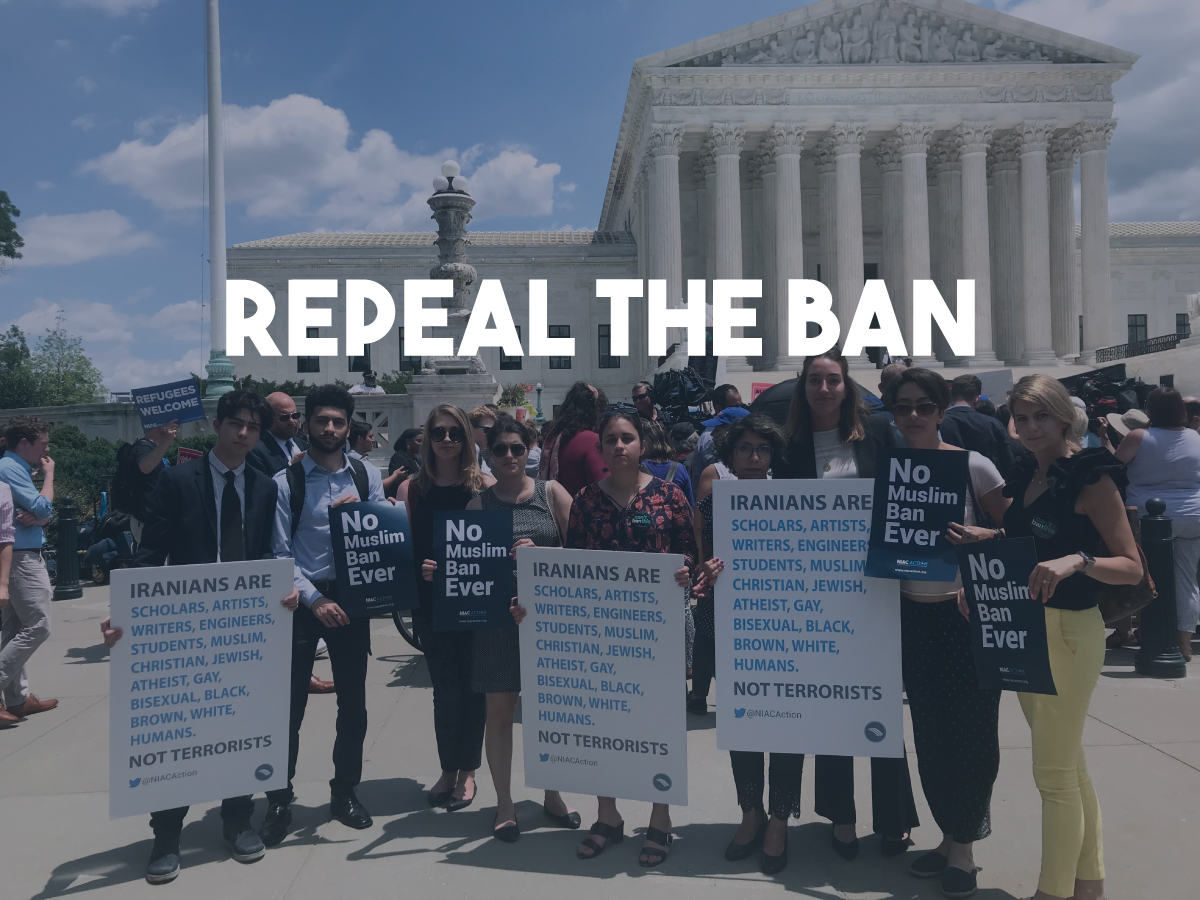 “With a Democratic majority in the House, the vote on repealing the Muslim Ban that was blocked by Paul Ryan for two years can finally move forward. It is crucial that the House majority make its voice heard that all walls are unacceptable — including a ban now taking place in the shadows — and to act instead of allowing the ban to become the status quo.

“The Muslim ban was Trump’s top priority upon entering office. Now, ending it must be a top priority for the 116th Congress. Sen. Murphy and Rep. Chu deserve tremendous credit for continuing to champion the effort to overturn the Muslim ban, and have the profound thanks of the Iranian-American community and all impacted groups.

“Meanwhile, the House’s power to investigate and subpoena the administration can yield immediate practical impacts. At last count, less than 3% of eligible waivers are being issued. Consular officials have revealed that the waiver process is a sham intended to shield a blanket ban from scrutiny. Only the most extraordinary cases seem to get through, and often only through public pressure.

“The new Congress can force the Administration to reveal what is going on with these waivers and force them to fix it until we can repeal the ban for good. They can investigate the ‘extreme vetting’ and other measures that have managed to reduce visas from Muslim majority countries writ large, not just the ones Trump was able to ban.

“With the new Congress, we can finally turn the tide against this abomination. But only if Speaker Pelosi and Congressional Democrats make tearing down Trump’s first wall a priority. And only if, instead of suffering in silence, those of us impacted and our allies who turned out to airports to stand with us two years ago make their voices heard once again.”