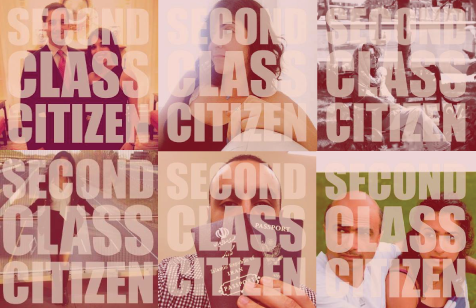 “Congress has opened the door for American dual-nationals to be categorized as second-class citizens. This is reactionary, Donald Trump-style legislation that not only fails to make America more safe but threatens our citizens and undercuts our core values.

“The visa waiver reforms included in the omnibus will bar dual nationals from Iraq, Syria, Iran and Sudan – as well as any foreign nationals who have traveled to those countries in the last five years – from traveling to the U.S. under the Visa Waiver Program. This is likely to result in new travel restrictions against Americans, including the Iranian-American community and other communities given the reciprocal nature of the program. The discriminatory provisions were inserted behind closed doors without substantive debate, and legislators from both parties who worked hard to remove them were blocked – primarily by House Republicans.

“The discriminatory provisions raised serious concerns among the Iranian-American and Arab-American communities as well as civil liberties groups. Further, high-level European diplomats have expressed their serious concern about the negative impact that the provisions could have on implementation of the Joint Comprehensive Plan of Action. This vote will not make us safer, and puts us on a slippery slope that risks eroding core American values.”