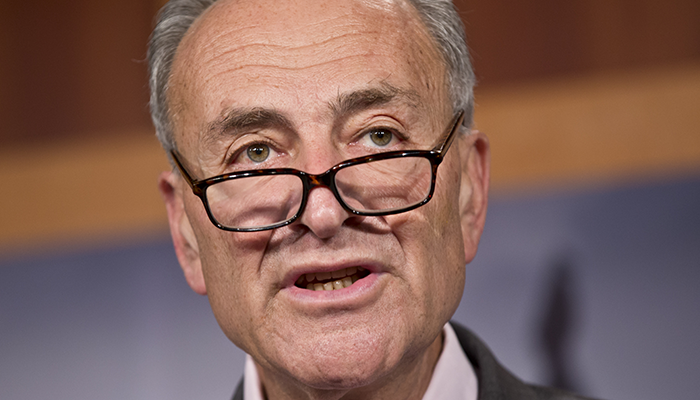 “Senator Schumer’s decision to oppose the Iran deal is deplorable and highly disappointing. This is the most consequential foreign policy vote Congress will hold since the Iraq war authorization. By coming out on the wrong side of this debate, Schumer has disqualified himself from becoming the Senate Democratic Leader.

“Schumer’s rationale for opposing the Iran deal is most disconcerting. He states that he is opposing the deal because Iran will retain ‘its nuclear and non-nuclear power.’ These demands make the Bush Administration’s aversions to negotiations seem pragmatic in comparison. In what negotiated outcome would Iran have relinquished not just it’s nuclear power, but its non-nuclear power? Bush demanded that Iran give up all nuclear capabilities, and refused to negotiate as Iran installed thousands of centrifuges. Schumer goes even further and suggests we should sacrifice a carefully negotiated nuclear deal in favor of new demands that Iran also give up its conventional power. By setting such an implausible standard, Schumer would ensure we get neither nuclear nor non-nuclear constraints–at least not through diplomacy. Schumer leaves military action as his only plausible alternative.

“For Iranian Americans, Schumer’s prediction that Iran will never change–and that the Iranian people will not be able to push the country in a more moderate direction–is also disappointing. The deal stands on its own merits as strong arms control agreement regardless of the dynamics inside of Iran. But it also holds the potential to open new opportunities for the Iranian people to build a brighter, more peaceful future. If Schumer does not think Iranians can change the direction of their country, he must have ignored the 2013 elections in which the Iranian people defied internal pressures and external naysayers to manage to elect a moderate president to power. This nuclear deal is in no small part the result of efforts by ordinary Iranians who are moderate, educated, hold positive views of Americans, and represent the best hope for a brighter future in Iran and the region. A rejection of the deal is a slap in the face to those in Iran who want change.

“We are disappointed, though not shocked, that Senator Schumer will oppose the Iran nuclear deal. His decision means there is much more work to do for Americans who do not want their lawmakers to reject a historic opportunity to prevent nukes and prevent war. We look forward to redoubling our efforts to ensure that Congress does not reject this deal and that, if the President must use his veto power, it can be sustained by those in Congress working for peace.”