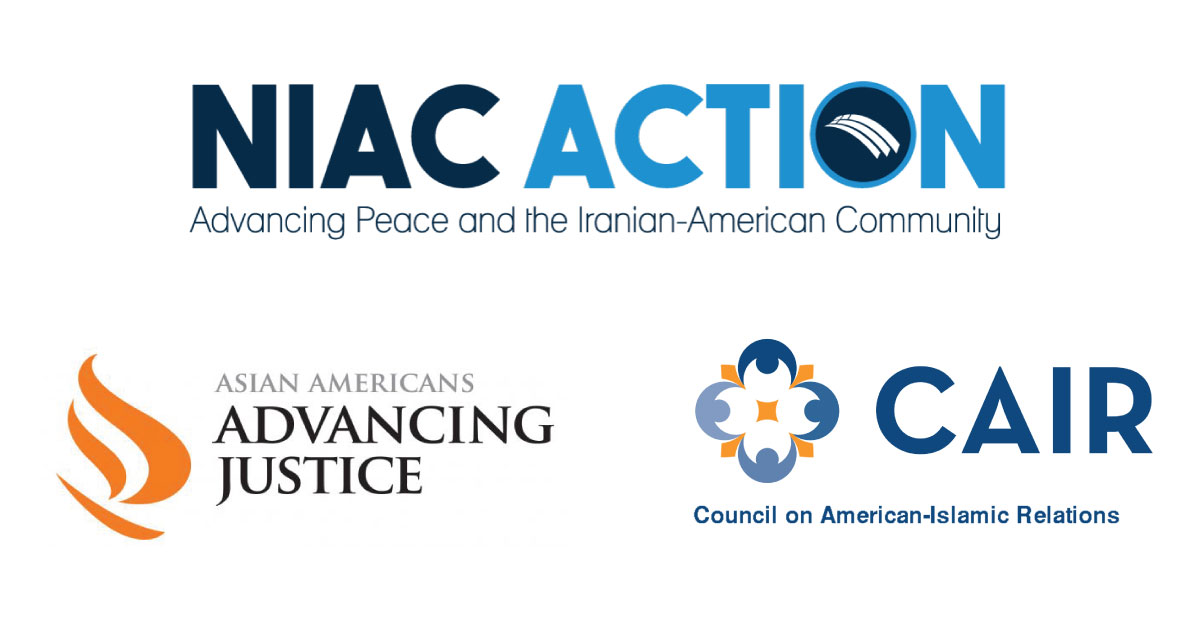 WASHINGTON, D.C. – The public comment period for the proposal to make the Trump Administration’s Backdoor Muslim Ban permanent ends today. NIAC Action (sister organization to the National Iranian American Council), Asian Americans Advancing Justice (“Advancing Justice”), and the Council on American-Islamic Relations (“CAIR”) are announcing that their coordinated campaign against this discriminatory policy during the public comment period was successful.  Since launching in early September, the three organizations helped facilitate approximately 1,900 comments against this policy by organizing the community to use their web portals.

If approved, this policy would allow the Trump Administration to continue to gather huge amounts of personal data about visa applicants, including social media history from the past five years and travel history for the past fifteen years, simply to justify rejecting Muslim applicants.

“Our community wants what any other community would want: the freedom to proudly express our identities freely and without fear of discrimination,” said Shayan Modarres, Legal Counsel for NIAC Action. “This policy of extreme vetting based on national origin and religious belief is discriminatory, unconstitutional and not the country we should be.”

“This administration has shown time and again that enacting a Muslim Ban by any possible means is their flagship policy,” said Christina Sinha, a National Security Staff Attorney with Advancing Justice. “Changing the policy’s packaging does not change what is inside –and what is inside is a backdoor attempt to institute yet another unconstitutional Muslim Ban.”

“For decades, our communities have witnessed a continual erosion of our civil and human rights,” said CAIR Director of Government Affairs Department Robert McCaw. “From registries and profiling to regular harassment, we have endured these attacks on our rights and our humanity. This comment period was an opportunity to stand up to all anti-Muslim policies that have tried to silence us and to speak up for our values as a community, and as a country.”

The web portals were set up in order to assist affected communities, and the general public, in submitting their comments about this proposal by providing a platform to make their voices heard.  The groups conducted community outreach to alert the community about the plan; created a video in several different languages to help explain the government’s proposal; encouraged people to comment; joined a Coalition of civil and human rights organizations in opposing the policy; and filed their own organization comments.

Advancing Justice, CAIR, and NIAC Action are committed to combating the Backdoor Muslim Ban and every attempt by the Trump Administration to target the Muslim community.  No matter its iteration, our communities will rise up to demand #NoMuslimBanEver.

NIAC Action is the grassroots, civic action organization advancing peace and championing the priorities of the Iranian-American community.