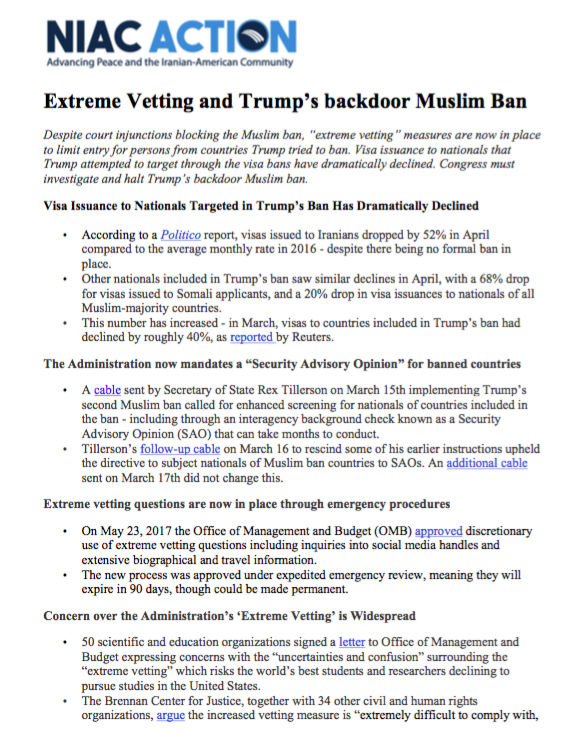 The New Playbook to Kill the Iran Nuclear Deal

Under the Obama administration, Iran hawks have been free to attack the Iran nuclear deal without fear that they would actually succeed in violating U.S. commitments – and triggering consequences from an unfettered Iranian nuclear program to an all out war. No matter what they proposed – from “tearing the deal to shreds” to blocking promised sanctions relief, they knew Obama would block them from translating their rhetoric into policy. But with this dynamic set to end in January under the Trump administration, many of the fiercest critics of the nuclear deal are suddenly warning against killing it directly. Instead, they are leaning in favor of an indirect approach of escalating pressure on Iran, including through sanctions with a “non-nuclear” label, in hopes of driving Iran to quit the agreement. While this approach might appear more attractive at first glance, it in fact carries the same risks of the U.S. unilaterally violating the agreement.

If Trump moves to snap back sanctions in blatant violation of the accord while Iran is upholding it, the international coalition that has enforced sanctions against Iran would fracture, and Iran would be free to withdraw from its obligations and advance its nuclear program. With a divided international community, the U.S. would have little diplomatic leverage with its spurned partners – let alone Iran – leaving only dire military options. Hence, those critics suddenly cautioning about the dangers of backing out of the deal include Senate Foreign Relations Committee Chairman Bob Corker (R-TN), who has stated “I don’t think [Trump] will tear it up and I don’t think that’s the way to start.” The President of the hawkish United Against Nuclear Iran, David Ibsen, has also warned “You don’t want all the blame for the deal falling apart to land on the U.S.”

Read the rest of this article on TopTopic.com.