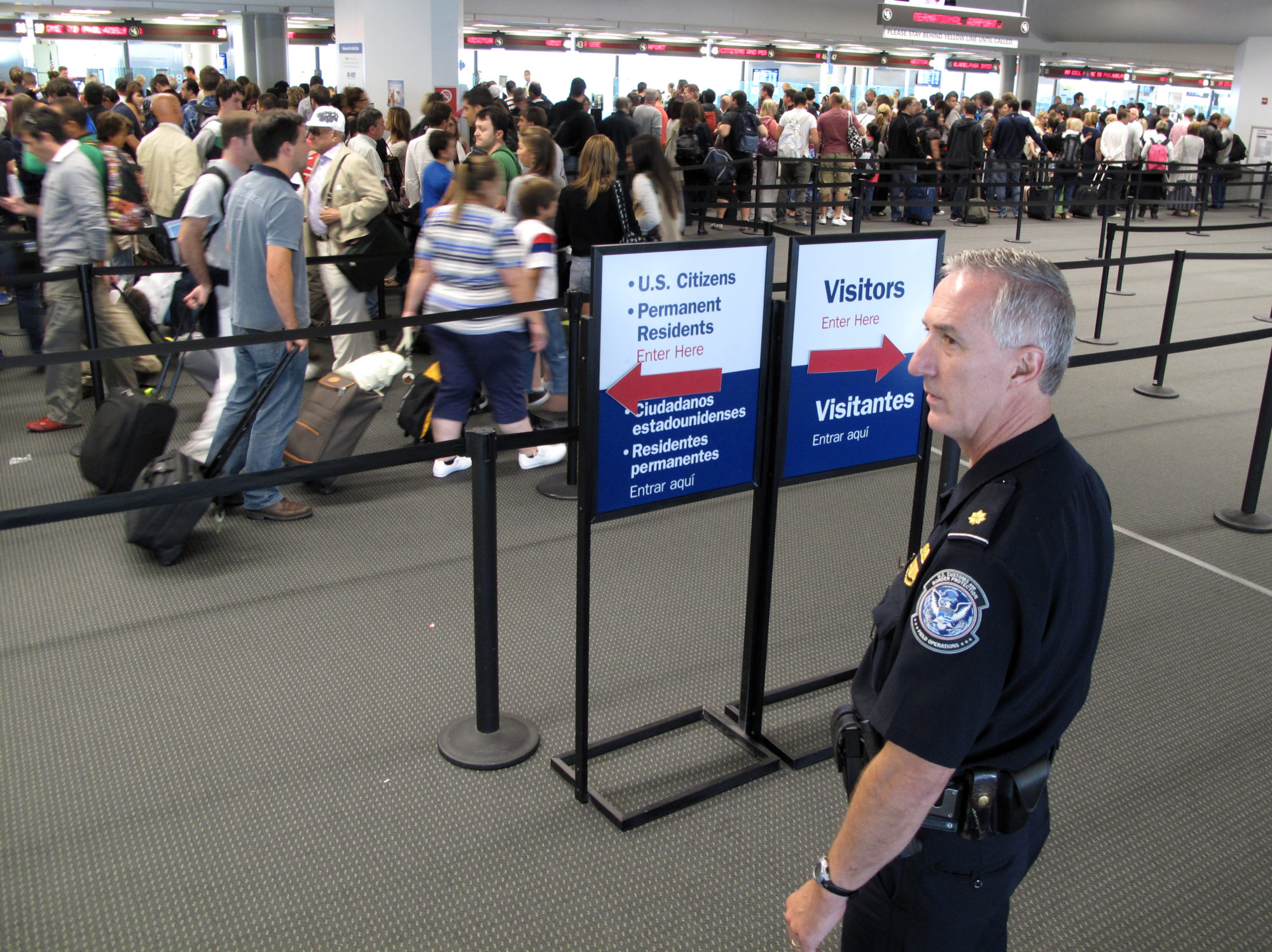 Since the implementation of Trump’s Muslim ban, a staggering number of Iranians and other travelers have been detained for many hours and harassed in airports. In response to this ongoing problem, Congressman Adriano Espaillat (D-NY) introduced H.R. 1608, a bill requiring U.S. Immigration and Customs Enforcement (ICE) and Customs and Border Protection (CBP) officers to wear body cameras when engaged in official operations. The bill is currently in committee in the House of Representatives, awaiting a committee vote.

This bill aims to hold officers accountable, as the footage from the body cameras can be used to help settle disputes regarding the legality of the officer’s conduct. According to Congressman Espaillat, the bill would “help address the numerous concerning reports where immigration agents used coercive methods to extract information and fabricated the testimonies from immigrants.”

This legislation is especially needed today in order to assure that the court’s limitations on Trump’s Muslim Ban are appropriate and consistently carried out. Many travelers are not aware of their rights and could be manipulated by ICE and CBP officers who are abusing their authority. After numerous cases of people being detained and harassed in airports swept the news headlines, it became increasingly evident that there must be some sort of accountability mechanism put in place to limit the officers’ unchecked power.

In February, Iranians traveling to the U.S. felt the brunt of Trump’s mandate when amidst the chaos of the Travel Ban they were illegally detained by ICE officers and forced to sign documents in a language they did not fully understand. An Iranian man “with a family based immigrant visa…was detained at Los Angeles International airport for 18 hours” without food or a place to sleep. He was forced to sign a document claiming he was leaving the US voluntarily and physically carried onto a plane to Dubai against his will.

Slate magazine reported that another “elderly Iranian couple—both of whom were lawful permanent residents—say they were detained for 10 hours at Chicago’s O’Hare International Airport after returning from their son’s wedding in Iran. The two were denied access to food for the length of their detention….CBP officers refused to inform the couple’s immediate family whether the couple had been allowed to take necessary medications.”

Even within the small number of cases in which cameras were in use, it did not deter ICE officers’ reckless behavior. In 2013, a sixteen-year-old boy carrying two containers of liquid methamphetamine across the Mexican border was forced by officers to drink several times from a container, resulting in the young boy’s death. This information did not come to light until this July when the footage was released.

If a surveillance camera were not recording the incident, it would have likely never been brought to the public’s attention and the family may not have ever known what happened to their loved one.

The House has shown its support for body cameras in the past when it commended the Customs and Border Protection’s plan to conduct a pilot program. The House Appropriations Committee stated in its Fiscal Year 2015 Department of Homeland Security Report that the cameras “can be useful in discouraging inappropriate conduct by law enforcement officers and have also exonerated officers accused of wrongdoing.”

This bill is critical in providing the degree of oversight necessary in ensuring transparency and that officials are held accountable. Without video footage, accusations of officials’ abuse become one person’s word against another’s. Body cameras will serve to protect both officers and the public by providing reliable evidence of the truth in the case of a conflict. H.R. 1608 is co-sponsored by 37 Democratic congressmen but currently lacks the GOP support it will need to be passed.