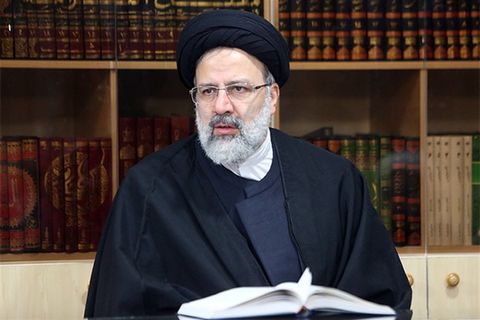 Judiciary Chief Ebrahim Raisi signed a new edict called “the document on judicial security.” The document outlines stipulations to increase judicial transparency, prevent torture and forced confessions, stop the use of solitary confinement, and safeguard the rights of a defendant in court.

Raisi was reportedly working on this document when he was appointed judiciary chief by Ayatollah Khamenei in March 2019. BBC Persian describes this edict as “the most important step Raisi has taken to change the judicial system.”

Ayatollah Khamenei reviewed and praised the document when he appointed Raisi judiciary chief. Khamenei said at the time: “I reviewed the document on judicial change. Based on consultations and expert opinion, I view it as useful and constructive.”

Khamenei had asked Raisi to set a timetable for realizing the document’s stipulations. BBC Persian states that “one-and-a-half years into his post” Raisi seeks to “begin implementing” the document after signing it as a judicial order on October 6th.

The document outlines steps for increased judicial transparency. It stipulates that information about legal cases, including all court procedures, will be posted on the judiciary’s website. It also says that video and audio recordings of court cases can be publicly posted if the judge or a defendant requests it. It further states that final judicial rulings in cases will be publicly posted.

The document also outlines measures to safeguard citizens’ rights. The edict says that citizens cannot be discriminated against on the basis of “gender, race, color, language, religion, and political belief.” It says all citizens have the right to a “fair trial” and to choose their own lawyer. It also forbids any form of torture or duress against a prisoner, including forced confessions, and outlines punishment for this being violated.

BBC Persian quotes Iranian lawyer Mohammad Hossein Aghassi as saying about Raisi’s edict: “In the law there is no problem. However, as long as the judges of security agencies are corrupt, uneducated, and biased it is not possible to reform the judicial system.”

President Rouhani spoke about the leadership experiences of the Islamic Prophet Muhammad and the Shia Imams in his weekly cabinet meeting. Rouhani cited these figures while stressing the importance of making peace with enemies, implicitly drawing a comparison to Iran’s current tensions with the United States.

Rouhani said about the Prophet Muhammad: “This messenger was exemplary and a role model. He faced war and peace. He had offensive and defensive operations. He had victories in war and in some instances faced defeats.” Rouhani added that the Prophet Muhammad’s “achievements from peace were greater than those from war.”

Rouhani also said that Islam’s prophet emphasized the people’s “freedom and consultations with the people.” He said the Prophet Muhammad did not “do any work without consulting the people.”

Rouhani also discussed the peace agreement that the second Shia Imam, Hassan, made with then-Caliph Muawiyah in the 7th century. The agreement saw Imam Hassan accepting Muawiyah’s leadership over the Muslim community. Rouhani stated: “Imam Hassan said in response to complaints from his companions about the peace agreement, he said when most of society and the people want peace, I will choose peace.”

Rouhani’s comments are seemingly an indirect call on Ayatollah Khamenei to accede to negotiations with the United States. In September 2013, Khamenei also gave a famous speech where he described Imam Hassan’s peace deal with Muawiyah as an example of “heroic flexibility.” This is believed to have set the stage politically within Iran for the ensuing negotiations that led to the JCPOA.

Rouhani’s comments can be interpreted as setting the stage for renewed negotiations with the United States if Joe Biden is elected as the next U.S. president. Biden has said he would return to the JCPOA and pursue new talks with Iran. Rouhani saying that “at the right time” Iran should choose peace could signal a readiness to pivot to negotiations if Biden is elected.

Khamenei Blasts those who “Fear” Enemy

Ayatollah Khamenei said “rationality” is based on “proper calculations” regarding Iran’s capabilities and the threats it faces. He stated: “To secure national interests and to preserve the nation’s existence and national identity, there must be precise and rational calculations about the real scope of threats and also the real capabilities and talents of the country.” He was speaking during a military graduation ceremony.

Khamenei censured those within Iran he said under the guise of being “rational,” betray their “fear” with respect to the United States. He stated: “Some bring up rationality and wisdom. But what they mean is fear, passivity, and retreat in the face of the enemy. This is as running away and fear are not rational.”

Khamenei added: “Those who are scared have no right to bring up rationality. Because rationality is based on correct calculations. However, the enemy tries to push incorrect meanings of rationality, and some, unbeknownst to them, repeat the enemy’s words domestically.”

The Health Ministry imposed travel restrictions in the cities of Tehran, Karaj, Isfahan, Mashhad, and Urmia. People will not be allowed to travel from or from these cities from October 14th to October 18th. The ministry says these restrictions may be expanded to other cities. They will be enforced through the license plates of cars, which is specific to cities.

The coronavirus crisis in Iran is worse than it has ever been since the pandemic began. The number of daily deaths is hitting record highs this week and is nearing 300. The number of official total deaths is nearly 30,000.

Deputy Health Ministry Iraj Harirchi says the real death toll of the virus in Iran is as much as twice the official figure. In an interview with state TV, Harirchi says the official death toll is calculated using WHO standards and are based on “PSR tests” for the virus being positive. But he says many have died from the disease without having this PSR test done and confirming they were infected.

Central Bank Chief Abdolnaser Hemmati travelled to Iraq with a banking and trade delegation. Hemmati met with his Iraqi counterpart and sought the repatriation of $5 billion in frozen Iranian assets in Iraq.

Hemmati says Iran has “considerable financial resources” in Iraq due to its gas and electricity exports to the country. However, U.S. sanctions prevent Iran from repatriating revenues from these sales.

Hemmati said he reached an agreement with his Iraqi argument for Iran’s frozen assets to be released. He said the money would be used to buy “critical goods.”

Iran is facing a shortage of foreign currency due to U.S. sanctions and the pandemic, resulting in a precipitous decline in the value of the Iranian rial currency. The rial traded at 160,000 rials to a dollar at the beginning of this year. Its worth is currently at around 310,000 rials to a dollar.

The IMF projected that Iran had $46 billion worth of exports this year. This is down from the over $100 billion in exports Iran had before the imposition of U.S. “maximum pressure” sanctions.

In recent months, Iranian officials have made more public efforts to repatriate Iran’s frozen assets abroad.  They have pressed South Korea, which holds between $7-$8 billion in Iranian assets, as well as Japan and other countries.

Hemmati has also said that “we must accept that in the next three weeks, pressure against Iran will increase.” His reference to three weeks from now is the U.S. election on November 3rd.

Rouhani said the lifting of the arms embargo is an answer to those domestically who ask, “what has the JCPOA gotten us?”

However, it is unclear if any countries engage in conventional arms trade with Iran. Russia has expressed interest, but the U.S. has threatened sanctions against firms that engage in this trade.

An analysis in the Fararu outlet said that Iran would seek to export arms to neighboring countries and distant countries like Venezuela, which have expressed interest. The outlet said this trade would be done in secret to avoid U.S. sanctions. It also stated that Iran will also export “technical knowledge and know how” in addition to the weapons themselves.