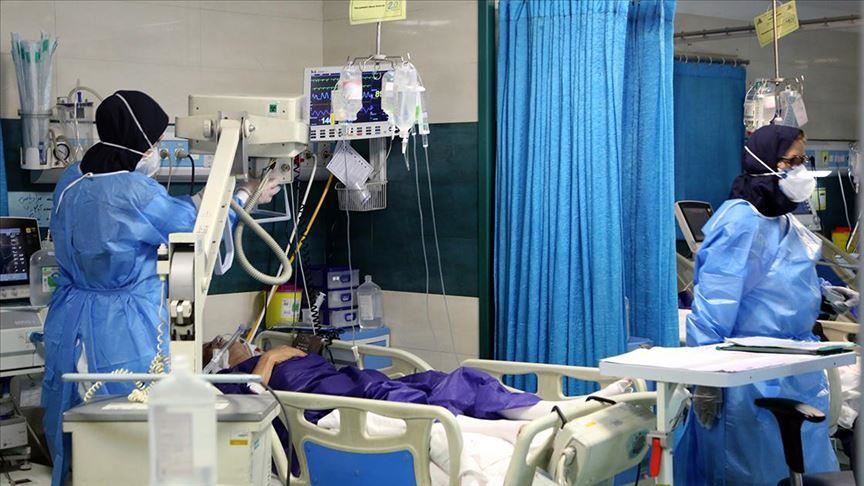 Iran recorded its highest number of daily COVID-19 deaths in the 24 hours preceding October 28th. 415 people died during this period. According to official statistics, as of October 28th, roughly 588,000 people have been infected with the coronavirus and 33,714 have died. According to the deputy health minister, upwards of twice as many as this figure may have died.

On October 10th, the government announced that people who fail to abide by coronavirus precautions (wearing a mask and social distancing) would be fined. This week, Tehran’s police further announced that a special force was being deployed to enforce mask wearing in Tehran. According to the Tehran police, the deployment is a joint “security-health plan” and is occurring “after the emphasis of the Leader [Ayatollah Khamenei] to seriously confront the coronavirus.”

A religious ceremony at a stadium in Mashhad spurred widespread rebuke on Iranian social media. The religious celebrations saw a massive crowd gathered despite the pandemic. Video of the event showed that many of the attendees were not practicing social distancing. The event was reportedly organized by conservative public figure Ali Akbar Raefipour.

Political prisoner Nazanin Zaghari-Ratcliffe, a dual British-Iranian national, has been summoned to court again. According to her husband, she was told to ready her belongings to be taken to court. She is to appear before Abolqasem Salavati, a notorious judge who presides over Tehran’s Revolutionary Court branch 15, on November 2nd.

Since the outbreak of the coronavirus pandemic, Zaghari-Ratcliffe has been on furlough from prison. She was sent to her parent’s home last March but wears an ankle monitor and cannot go further than 300 meters from their residence.

Zaghari-Ratcliffe is going to trial again after news that the payment of a longstanding British debt to Iran has been delayed. The payment of the debt has been tied to Iran’s imprisonment of Ratcliffe, though Iranian authorities deny the two cases are connected. As explained in a previous issue of Iran Unfiltered, Iran seeks payment for a debt related to a pre-revolutionary sale of military hardware to Iran that was never delivered.

UK Defense Secretary Ben Wallace has said the British government is seeking to pay the debt. However, recently, a British court hearing into the debt was postponed.

Upon news that she is to be retried, the British government summoned Iran’s ambassador to the UK to protest the move. A British foreign ministry statement said: “We have made it clear to the Iranian ambassador that his country’s treatment of Nazanin Zaghari-Ratcliffe is unjustified and unacceptable, and is causing an enormous amount of distress.”

Zaghari-Ratcliffe was arrested in April 2016 and sentenced to five years imprisonment on charges of “plotting to topple the Iranian government” through “soft war” tactics.

Iran is constructing a new centrifuge production plant near its Natanz uranium enrichment facility. The new facility is located one kilometer south of the current Natanz facility in the mountains.

The International Atomic Energy Agency (IAEA) has confirmed it was notified of this facility’s construction and that it is being built underground. The new facility will replace the advanced centrifuge production plant that was destroyed in an explosion over the summer, which Iranian officials blamed on sabotage.

Kazem Gharibabadi, Iran’s representative to the IAEA, officially announced that the new facility was under construction on October 27. Ali Akbar Salehi, the head of the Atomic Energy Organization of Iran, also said roughly one month ago that Iran was rebuilding the destroyed facility in a more secure location buried in the mountains surrounding Natanz.

According to analysts at the Middlebury Institute, based on satellite imagery, construction is currently in the initial stages of digging and building tunnels and roads. Rafael Grossi, the director general of the IAEA, said it will be a “long process” to complete the new facility.

Iran currently had a stockpile of 2,105kg of low-enriched uranium (LEU) according to the IAEA’s September report. The JCPOA limited Iran to a stockpile of 300 kg of LEU. Iran is currently enriching at the 4.5 percent level, lower than the 90 percent required for producing fissile material for a nuclear bomb but higher than the 3.67 percent allowed under the deal.

The Trump administration sanctioned Iran’s oil minister and other officials in Iran’s oil and petrochemical industries. According to BBC Persian, many of the officials have “already been sanctioned” but are being subjected to “additional sanctions.”

Days later, the Trump administration imposed yet more sanctions on Iranian officials. BBC Persian said about these sanctions: “The Treasury Department of the United States has issued a new list of sanctions against Iran in which many of this country’s officials are sanctioned against but for new reasons.”

Oil minister Bijan Zanganeh said in response to the sanctions designation against him: “Imposition of sanctions on me and my colleagues is a passive reaction to the failure of Washington’s policy of reducing [Iran’s] crude oil exports to zero. The era of unilateralism is over in the world. Iran’s oil industry will not be hamstrung.”

Zanganeh added: “I have no assets outside of Iran to be subject to the sanctions. I would sacrifice my life, belongings and reputation for Iran.”

Data from oil tanker tracking firms shows that Iran exported as much as 1.5 million barrels per day in September. At its peak before the reimposition of U.S. sanctions, Iran exported roughly 2.5 million bpd.

The Wall Street Journal has reported the Trump administration is making a new effort to impose redundant sanctions on Iran to make future diplomacy more difficult. WSJ states: “With former Vice President Joe Biden leading in most national and battleground state polls, Trump administration officials fear his plan to reengage with Iran could upend the diplomatic leverage they believe is critical to strong-arm Tehran into signing a new nuclear and security deal.”

U.S. National Security Advisor Robert O’Brien has said that the U.S. does not have much left to sanction in Iran. Speaking to reporters outside the White House early this week, he stated: “One of the problems that we have faced with both Iran and Russia is that we now have so many sanctions against these countries that we have very little (opportunity) to do anything about it [alleged election interference].”

Iran’s Foreign Ministry, Revolutionary Guards, parliamentary speaker, judiciary, and national security council have condemned France over perceived insults to Islam. The foreign ministry summoned the chargé d’affaires of France over what it dubbed “the insistence of French officials to support insulting cartoons” about the prophet of Islam.

The IRGC also issued a statement condemning French President Macron for “supporting Islamophobia.” The statement further said that Macron is an “unreasonable and adventurous” leader.

The remarks from Iranian officials come amid widespread condemnation of France in the Islamic world. There have been demonstrations in many Muslim-majority countries and some are boycotting French goods. The Turkish and Pakistani governments have also issued strong condemnations of the French government.

The controversy arises from Macron’s comments after a French teacher was slain by an Islamic extremist. The teacher had shown caricatures of the Islamic Prophet Muhammad that had been published by the Charlie Hebdo magazine to his students.

Macron defended the cartoons’ publication and denounced extremist Islam. He has also talked about “Islamist separatism” and said that “Islam is a religion that is in crisis all over the world.” His rhetoric and new proposals to bolster secularism are being criticized by many as targeting the Muslim community in France.