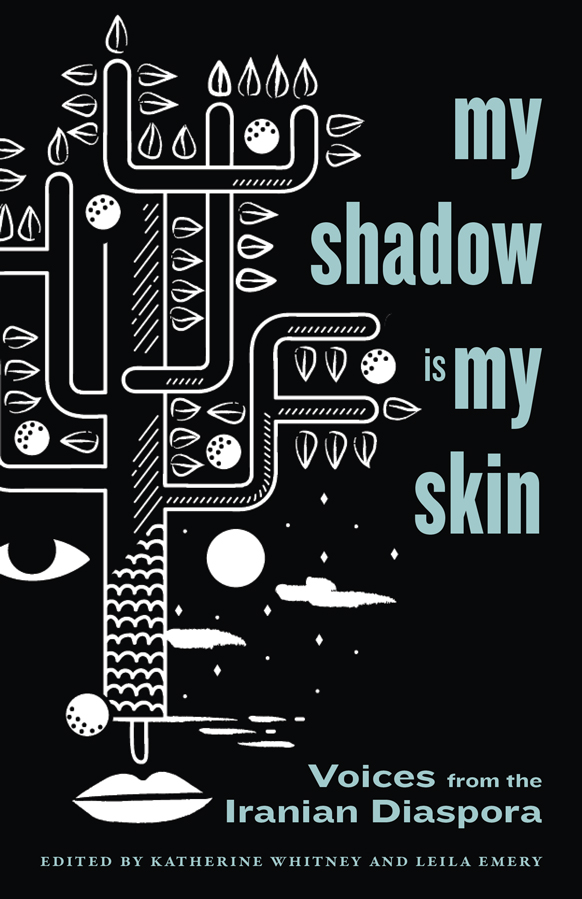 My Shadow is My Skin: Voices from the Iranian Diaspora

The Iranian revolution of 1979 was a watershed moment in global history, but also created a massive upheaval in the lives of Iranians, many of which left their native country in its aftermath. Despite the caricatured images of the Middle East and Iran in the United States, Iran is home to a diverse population of varied peoples and stories. As such, Iranians who have immigrated to the U.S. over the course of several decades, reflect a wide-range of experiences. It is no surprise then that the Iranian-American diaspora is not a monolith. While there is some inclination in the diaspora to portray ourselves as “model citizens,” Iranian Americans come from different political, as well as ethno-religious backgrounds, and have stark educational and economic differences among them.

In a new anthology of essays from the Iranian-American diaspora, My Shadow is My Skin, editors Leila Emery and Katherine Whitney bring together 32 authors of various backgrounds to tell their stories. These are stories that are personal and often hard to tell, making it particularly important for an Iranian-American community and Iranian culture that often avoids confronting their traumas, especially in a public manner.

As Professor Persis Karim notes in the book’s Forward, “Iranians come from a culture filled with silences.” With a history of distrust of those in power and a carefully fostered culture of saving face, Iranians of all stripes have become accustomed to maintaining an outer façade and following ascribed social cues. However, this trailblazing collection of essays seeks to break through the surface and look deeper, not only at the trials and tribulations of these individual essayists, but also at the experiences of an entire community whose real stories have gone untold.

While most Iranians understand this culture of silences and the struggle between “zāher” vs. “bāten,” Iranian Americans take on another layer of complexity with their dual identity. Filling this in-between space, Iranian Americans grapple with the idea of being not quite “Iranian” enough and not quite “American” enough at the same time. This blurred space is especially challenging to navigate in light of the political climate and decades of Iran-U.S. enmity.

Both for individual expression and the collective need for our community to engage and share, it is imperative to break these silences. These stories open up a space for our community to heal from accumulated traumas of immigration, being ‘enemies’ in a new home, authoritarianism, war, and of course the distinctive challenges experienced by any person.

My Shadow is My Skin, beautifully and aptly named, presents a collection of incredibly personal, sometimes painful stories. With a range of experiences and topics, such as religion, sexuality, racism, and war, the essays provide a deeper look at a community often misunderstood by our peers, and misrepresented by the country we call home.

The Iranian-American story is long and complex, with intermarriage, assimilation, and different waves of immigration, there are so many stories to tell. This anthology offers a variety of stories that glimpse at the rich tapestry of this experience. For more details on this incredible project, listen to our conversations with the editors, Katherine Whitney and Leila Emery, as well as some of the authors, such as Persis Karim, Shokoofeh Rajabzadeh, and Darius Atefat-Peckham. And of course, don’t forget to read all these captivating stories in the book.