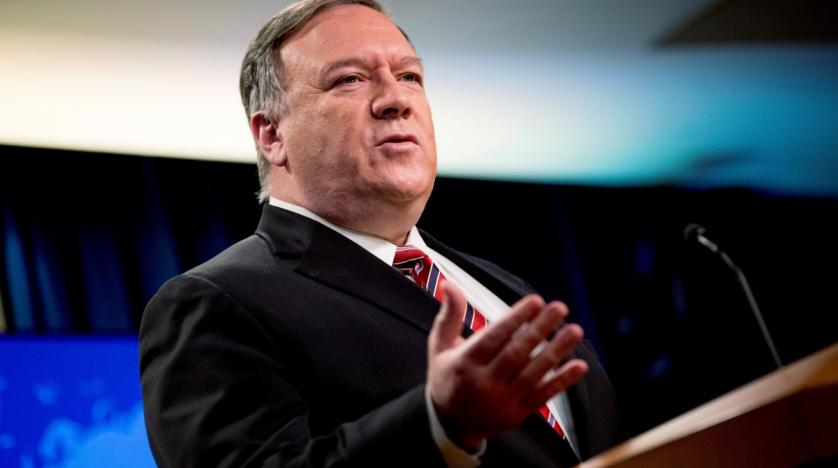 The expiration of the UN arms embargo on Iran in October 2020, which was continued for an additional five years under the Joint Comprehensive Plan of Action (JCPOA) despite being a nuclear-related sanction, is poised to be an inflection point for the Trump administration’s efforts to collapse the vital nuclear accord. As detailed by The New York Times, Secretary of State Mike Pompeo is planning to use the expiration of the arms embargo in October in a broader strategy to snap back all United Nations sanctions on Iran and kill the nuclear accord before the November election. Congress should be warning against this reckless effort which, even if it fails, risks further isolating the U.S. on the world stage and undermining the global nonproliferation regime and the United Nations Security Council for decades to come.

For many lawmakers, an extension of the arms embargo sounds like an attractive course of action, as it imposes a deterrent – even if a limited one – on potential arms exports to Iran beyond the many unilateral U.S. sanctions that will remain in place. Yet, the Trump administration’s efforts to scuttle diplomatic solutions have complicated the issue, steadily eroding American credibility and undermining opportunities for diplomacy.

As a result, calls for the Trump administration to simply extend the embargo – as is the case in a circulating letter from Reps. Eliot Engel and Michael McCaul, as well as a resolution from Sens. Jacky Rosen and Pat Toomey – risk playing into the hands of the Trump administration’s strategy to snap back all sanctions in the face of near unanimous international opposition. Members of Congress should abstain from any vehicle that risks being twisted into a bipartisan endorsement of those plans.

Below, we outline fact and fiction on the arms embargo, as well as some alternative steps that a sensible administration would support:

What does the UN arms embargo do?

The UN arms embargo on Iran was originally imposed to pressure Iran to resolve international concerns regarding its nuclear program, and is a nuclear-related sanction. Nevertheless, thanks to the Obama administration’s diplomacy, the embargo did not end upon adoption of the JCPOA but was extended for five years beyond – to October 2020. The trade off for the Obama administration was clear – in order to restrict Iran’s nuclear program, they would need to ease sanctions linked to the nuclear issue such as the arms embargo.

UN Security Council Resolution 2231, which adopted and recognized the JCPOA, continues the mandatory arms embargo first imposed in 2010 under UNSC Resolution 1929. As a result, the sale of certain conventional weaponry – including battle tanks, combat aircraft, large caliber artillery systems and missiles – to Iran is forbidden without the express permission of the Security Council. This authority will expire in October 2020.

However, even if the arms embargo expires, there is unlikely to be a major flood of arms into Iran given a tight web of sanctions on the country that will continue.

What other authorities deter arms sales to Iran?

There are overlapping unilateral and multilateral sanctions that will deter foreign nations from following through on arms sales with Iran even if the embargo in UNSCR 2231 expires. U.S. measures are far more powerful than UN sanctions, and have deterred most international transactions with Iran even without the backing of the UN under the Trump administration. Unilateral U.S. measures include:

On the multilateral side, the United Nations will maintain restrictions on arms sales to non-state actors, which is important given Iran’s close ties to various militias across the region. These include:

Given all of these overlapping restrictions, the expiration of the arms embargo in October is unlikely to significantly alter the status quo. Moreover, Iran is also still at a severe disadvantage to regional competitors in its conventional military capabilities. It is outspent militarily by Saudi Arabia alone at a 5:1 rate, has no modern air force, and must rely on asymmetric capabilities to deter attack and project power. Even if Iran reverses some of this dynamic, it is unlikely to be able to compete symmetrically with the U.S. or its regional adversaries anytime soon.

Why is the arms embargo issue linked to snap back?

Despite the Trump administration’s efforts to collapse the JCPOA, the remaining parties continue to keep the framework of the agreement alive. Not only has this position avoided a complete breakdown, which would eliminate non-military options to limit Iran’s nuclear program, but it also increases the odds of a U.S. return to the agreement. The presumptive Democratic nominee, Joe Biden, has signaled his intent to return the U.S. to compliance with the JCPOA along with Iran if elected President.

This dynamic has made hawks in the Trump administration nervous, who thought they had succeeded in killing the accord when they withdrew the U.S. as a party to the agreement in May 2018. The international community remains unconvinced of the administration’s arguments against the deal, as it has watched a strong nonproliferation agreement wither while the maximum pressure campaign destabilizes the region.

The expiration of the arms embargo in October 2020 gives hawks an opening – albeit a narrow one – to collapse the JCPOA framework entirely. A new resolution extending the arms embargo would almost certainly be opposed by Russia and China, and potentially the United Kingdom and France, as a re-imposition of a nuclear-related sanction on Iran outside the framework of the nuclear accord. Without unanimity in the P5, it could not be adopted.

However, a participant in the JCPOA does not need unanimity in the Security Council to reimpose all UN sanctions on Iran, including the arms embargo. Under UNSCR 2231, a single JCPOA participant can snap back all sanctions on Iran by alleging significant non-performance of commitments under the accord, which would not be subject to a veto. While the Trump administration is expected to make the legal case that it has the authority to trigger snapback as an original JCPOA participant, other parties are likely to strongly oppose any such move and note that the U.S. withdrew from the accord.

As detailed in the New York Times, the Trump administration will make a play to extend the arms embargo via a new resolution and – once opposed – will seek to snap back all UN sanctions on Iran by claiming it is a participant in an agreement it withdrew from. Even if they fail, it will cause profound diplomatic fallout – weakening U.S. credibility, the United Nations and the nonproliferation regime in the process.

Is extending the arms embargo achievable?

Given that the arms embargo is a nuclear-related sanction, members of the P5 oppose the embargo’s extension. Moreover, the Trump administration will have to make their case at the UN, an institution they deride, with diminished credibility on the international stage and widespread acknowledgment of their intent to collapse the accord. Thus, an extension of the arms embargo is extremely unlikely under present circumstances.

However, even if it was achievable, extension comes with a separate risk. Iran could view the extension of the arms embargo as moving the ball on sanctions relief yet again, and follow through on threats to withdraw from the nuclear accord entirely and the Non-Proliferation Treaty with it.

There are numerous restraints on the Trump administration’s plans to snap back all UN sanctions on Iran, including the arms embargo, but the plan should not be discounted.

Working against the administration is a long litany of statements saying that the U.S. ceased participation in the accord, is no longer a participant and cannot initiate snapback. Moreover, the U.S. has not participated in JCPOA fora since its decision, nor raised a complaint of nonperformance via the Joint Commission that could eventually lead to a referral to the UN Security Council. Neither would the Trump administration be able to show good-faith efforts to exhaust the dispute resolution process codified in the JCPOA as required, since it has not attempted to do so. Additionally, the Security Council is supposed to consider the opinions of the states involved in the issue and the opinion of the JCPOA Advisory Board, which would caution against a unilateral U.S. snapback in bad faith.

Despite all this, the U.S. is poised to argue that it is a JCPOA participant, which would give it the authority to trigger snapback of all UN sanctions on Iran. It is possible that the chair of the council rules in favor of the United States, particularly if the chair is vulnerable to U.S. pressure. If so, a resolution continuing the sanctions lifting would need to be adopted within thirty days or the provisions of the old UN resolutions would be reimposed. Given that this resolution could be vetoed by the United States, the snapback mechanism effectively inverts the normal procedure of the UN Security Council.

In short, there are opportunities for other members of the Security Council to shut down the U.S. push by arguing that the U.S. withdrew and is no longer a JCPOA participant. But the outcome is far from certain, as it is an unprecedented situation, with some calling it a “constitutional crisis” for the UN Security Council.

Why are the Congressional vehicles on the arms embargo dangerous?

The Engel-McCaul letter and the Rosen-Toomey resolution warn that a lapse of the arms embargo risks disastrous consequences, threatening the security of the U.S. and regional partners, and call to extend the arms embargo indefinitely via a new UN resolution. However, they remain silent on the larger debate of what should happen to the JCPOA and whether the Trump administration should go forward with plans to snap back all UN sanctions on Iran in a bid to destroy the nuclear accord.

Given what we know regarding the administration’s plans, there is no excuse for Congress to play into the administration’s hands with these vehicles. Secretary Pompeo is almost certain to cite each as bipartisan backing for their efforts, even if many of the signatories and cosponsors continue to support the JCPOA itself and oppose the move to snapback sanctions. It is far safer for Members of Congress to stay off of the vehicles, rather than try to correct the record once the administration uses them to undermine the nuclear deal.

What would a responsible administration do to deter arms sales to Iran?

The Trump administration has backed itself into a corner, proving that a strategy of seeking to amend the terms of the JCPOA from outside the agreement is a failure. Despite all the pressure it brought to bear on Iran, America’s former negotiating partners and Iran have stuck to the framework of the deal rather than abandon it. This has left the United States on the outside with little leverage to negotiate an extension of the arms embargo or any of the other restrictions in the deal – some of which are far more consequential.

This dynamic could be reversed if the U.S. lifted sanctions, rejoined the JCPOA, and pressed Iran to return to compliance with its nuclear commitments. Once the U.S. proves that it can abide by its own sanctions lifting commitments, it could work with the international community and Iran to craft a more sustainable agreement with longer-lasting restraints, as well as discuss long-festering regional conflicts. This appears to be the direction that would take place under a Biden administration.

There are other interim measures that could be taken by those concerned about the likely expiration of the embargo. For example, the U.S. could work with the Security Council on a set of stringent conditions for the future export of arms to Iran, which would be tied to Iran’s own failure to comply with all nuclear concessions in the JCPOA. Such a provision would act as a further deterrent to an uptick in arms sales, avoid violating the JCPOA and pressure Iran to come back into compliance.