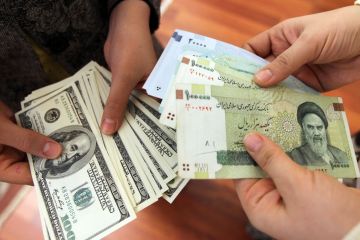 Two bills passed out of committee earlier this month by the House Financial Services Committee, H.R. 1638 and H.R. 4324, appear intended to violate U.S. commitments under the Iran nuclear deal, or Joint Comprehensive Plan of Action (JCPOA). NIAC Action urges lawmakers to vote against the bills if they receive a vote on the House floor.

H.R 1638, the “Iranian Leadership Asset Transparency Act,” is nearly identical to legislation in the 114th Congress (H.R. 5461) that received a veto threat from the Obama administration. According to the Statement of Administration policy, H.R. 5461 “would incentivize those involved to make their financial dealings less transparent and create a disincentive for Iran’s banking sector to demonstrate transparency. These onerous reporting requirements also would take critical resources away from the U.S. Department of the Treasury’s important work to identify Iranian entities engaged in sanctionable conduct. Producing this information could also compromise intelligence sources and methods.” Moreover, the statement indicated that the legislation risked being perceived as an effort to undermine implementation of the JCPOA, which obligates the U.S. to abstain from any effort “specifically intended to directly and adversely affect the normalisation of trade and economic relations with Iran.”

H.R. 5461 passed the House following the veto threat, with most Democrats voting against the measure, though it proceeded no further in the 114th Congress. None of the concerns raised by the Obama administration have been addressed in H.R. 1638. All legislators who are serious about upholding the JCPOA and ensuring Iran continues to abide by its nuclear-related commitments should vote against H.R. 1638 and ensure that it does not pass into law.

H.R. 4324, the “Strengthening Oversight of Iran’s Access to Finance Act,” would place in peril the U.S. commitment to permit the sale of commercial passenger aircraft to Iran by forcing the Secretary of the Treasury to revoke licenses facilitating such lawful sales should findings be made regarding the potential Iranian end-users. Because this bill seeks to render impermissible that which is expressly permitted pursuant to the JCPOA — the nuclear accord between the U.S., other major world powers, and Iran — it would be non-compliant with the nuclear agreement.

In addition, the JCPOA obligates the United States “to refrain from…re-imposing the sanctions specified in [the JCPOA] that it has ceased applying under the [agreement].” For instance, the U.S. committed to rescind the designations of certain Iranian parties — including Iran Air and other Iranian airlines — and remove their names from the SDN List. The re-designation of these delisted Iranian parties would thus place the U.S. in violation of its obligations under the nuclear agreement.

This bill seeks to impose extra conditions on the licensed sale of aircraft to Iran, including, for instance, the condition that the Iranian end-users do not use non-licensed aircraft for purposes other than commercial passenger aviation. The bill requires the Secretary of the Treasury to provide certification that the Iranian end-users of the licensed aircraft have not “knowingly provided transportation services” to any Iranian person designated under Executive Orders 13224, 13382, or 13572 in the past 12 months — even if the services provided had no relationship to the licensed aircraft or related goods or services.

If the Secretary is unable to make such certification, then the bill requires the Secretary to report whether it intends to suspend or revoke any license facilitating the licensed sale of aircraft to Iran. The obvious conclusion from the bill’s text is that the Secretary will be forced to revoke such license if he or she is unable to make the required certification. Because this certification requirement goes above and beyond that which conditions the U.S.’s commitment to allow for the sale of commercial passenger aircraft to Iran, it risks placing the United States in non-compliance with its obligations under the JCPOA.

A PDF of this Memo can be found here.