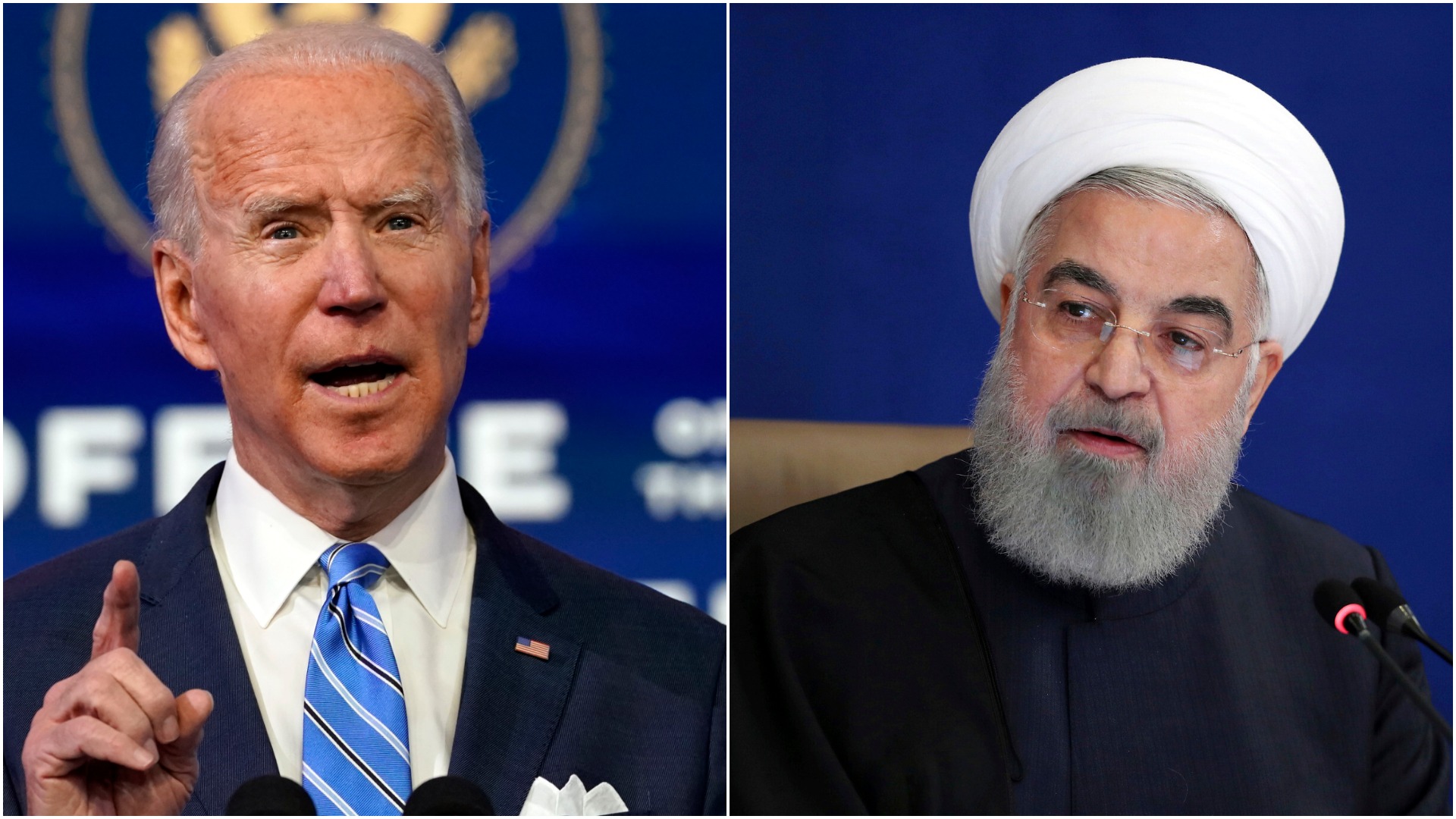 Memo: Getting Back into the JCPOA – Dismantling the “Sanctions Wall” Myth

Washington, D.C. – A mutual compliance-for-compliance return to the JCPOA is now the official position of the new Biden administration and has slowly become the consensus position among its allies in Congress.  However, proponents of the Trump administration’s ‘maximum pressure’ campaign hope that a barrier stands in the way of a clean return to the deal: a “sanctions wall” that the architects of Trump’s Iran policy created explicitly to stymie a JCPOA return. Trump’s Treasury Department targeted entities subject to nuclear-related sanctions relief under the Obama administration with duplictive terrorism designations. They said this double layer could create a “sanctions wall of political and market deterrence” to undermine a future administration’s ability to relieve sanctions. But on closer examination, their efforts created less a “wall,” but more a transparent edifice built on political calculations.

This memo will look to dissect the nature of Trump’s politically motivated sanctions, how they relate to U.S. JCPOA obligations, and how the Biden administration can navigate this terrain in the coming weeks.

Turning the Page on Trump’s Failure

Trump’s abrogation of the nuclear deal and “maximum pressure” sanctions set back U.S. interests across the board. Iran’s regional activities escalated after sanctions were reimposed, including their continued support of partners in Iraq, their deepening support for Houthi rebels in Yemen, and their tightening relationship with Lebanese Hezbollah. Iran was also blamed for a series of attacks on oil tankers in the Persian Gulf and a daring cruise missile strike on Saudi oil facilities in Sept. 2019. Over the last year since Soliemani’s assassination, Shia militias have also routinely fired mortars and rockets at U.S. targets in Iraq, putting U.S. diplomats and soldiers at risk. Meanwhile, the human rights situation inside Iran has deteriorated again as well, with some of the most violent crackdowns against internal dissent in the Islamic Republic’s history taking place on Trump’s watch and food and medicine shortages due to sanctions exacerbating the coronavirus pandemic and hastening its spread in the region.

On the whole, Trump’s Iran approach was a step backward across the Middle East and an abject failure overall. The Biden administration should work swiftly to return the U.S. to its obligations to bring Iran into compliance with the deal as a first step in turning the page on Trump’s disastrous Iran policy.

The foundation of the JCPOA was predicated on the U.S. and the international community providing Iran sanctions relief for verifiable constraints on Iran’s nuclear program. Within the deal, the U.S. differentiated “nuclear-related” sanctions from “non-nuclear” sanctions, detailing explicit commitments in exchange for Iran’s nuclear rollback under the deal. Contrary to the narrative of JCPOA opponents, these lingering non-nuclear sanctions that remained in place under the agreement ensured Iran’s economy remained one of the most sanctioned in the world, with various sanctions targeting Iran’s armed forces, links to designated terror groups, and human rights abusers.

Sanctions on Iran’s financial and oil sectors formed the core of U.S. sanctions relief under the agreement, as described below:

When Trump abrogated the nuclear deal in May 2018, he not only reimposed all the related nuclear sanctions but began the process of layering these sanctions with “non-nuclear” designations under terrorism authorities (such as E.O. 13224) and adding designations to never-before sanctioned entities to ensure their ‘maximum pressure’ campaign was more difficult to reverse for a new administration. The aim of this effort was clear: it was not to secure more Iranian concessions, but to muddy the water on what is a “nuclear-related” sanction in order to launch disingenuous attacks against the U.S. returning to compliance with its discarded commitments.

Trump administration officials and their allies were not subtle about their strategy, going as far as saying they planned to unleash a “flood of sanctions” explicitly to make it more difficult for President Biden to reenter the deal. Proponents of these sanctions cheered on the new wave of designations, stating that “…the Trump administration should do more to strengthen its ‘sanctions wall of deterrence,’ whose purpose is to deter market players from returning to business with Iran even if the United States rejoins the JCPOA.”

Redesignating these entities strikes at the very heart of the deal struck between Iran and international powers in 2015. Without reversal, Iran has no incentive to come back into compliance with the deal and the deal will collapse.

Below is a list of sanctions that the Trump administration re-imposed and/or layered with additional terrorism-related designations:

Without Removing These Designations, the Nuclear Deal Will Collapse

The United States will fail to uphold its sanctions relief obligations under the JCPOA so long as Iran’s main economic institutions and oil companies are subject to secondary sanctions by the U.S. The power of the U.S. dollar and of the U.S. economy in global markets means that virtually every country will likely choose to avoid the risk of secondary sanctions at the expense of accessing Iran’s economy.

Iran’s Central Bank controls the majority of Iran’s foreign exchange reserves, the lifeblood of its trade with other nations. Its other private banks are crucial for foreign companies and none will risk business with Iran as long as these designations remain in place. By their very nature, these terrorism designations negate the promised tradeoffs in the JCPOA and must be lifted for the U.S. to uphold its obligations.

Similarly, the importance of oil exports to the health of Iran’s economy means energy related designations run contrary to the deal’s foundational bargain and invalidate the entire effect of sanctions lifting. As a result, a Biden administration would have almost no chance of restoring Iran’s compliance with the JCPOA without rescinding the Trump administration’s bad faith designations of key entities in Iran’s oil and financial sectors.

Moreover, it seems that one of the largest pressure points from the Trump sanctions, the reduction of Iran’s oil exports, is beginning to loosen. Iran’s Oil Minister reported that Iran’s oil exports hit 1 million barrels of oil sold for the fifth month in a row. Although this is drastically lower than before the oil waivers were removed, it’s a sign of the waning impact of sanctions on Iran’s oil sector.

With sanctions leading to diminishing pressure on Iran’s economy, if the Biden administration drags its feet on returning to the deal, and Iran’s exports continue to grow, hardliners in Iran, and perhaps the Supreme Leader himself, may reverse their desire to get back into the deal, setting the stage for a new nuclear crisis and dealing a hammer blow to future U.S. sanctions policies.

The Trump administration’s sanctions strategy was a political strategy to tie the hands of a successor administration and undermine the JCPOA and U.S. interests in favor of political aims. They should be treated as such. Despite their attempts at muddying the waters, Trump-era sanctions are “non-nuclear” in name only. They were designed to stop diplomacy on the nuclear issue and therefore, should be treated as nuclear sanctions. Without their removal, the U.S. can’t return to its obligations in the deal and we will be back to square one with less leverage than before and our credibility eviscerated.