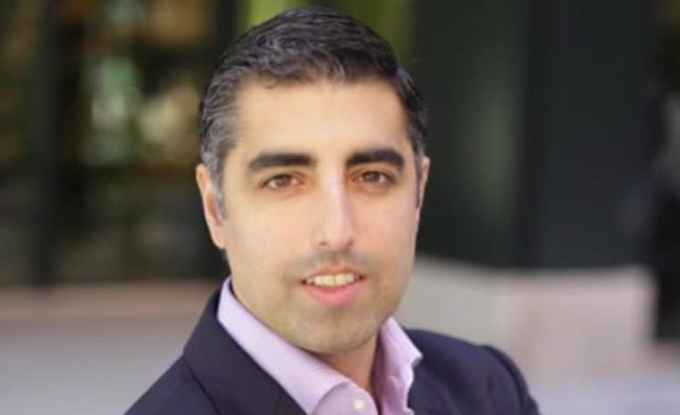 The recent Presidential election was a wake-up call for Nima Rahimi, a deputy district attorney and San Francisco resident. He saw plainly the consequences of political disengagement. So he decided to take matters into his own hands.

Rahimi decided to run to represent San Francisco’s 17th Assembly District as a District Delegate for the California Democratic Party. He campaigned hard and organized community supporters quickly. When the vote was held this past weekend, he mobilized enough supporters to win as one of seven elected male delegates – and it came down to just two votes.

Rahimi credits his win to grassroots support and the remarkable potential of organizing to create significant change at the local level. He engaged local grassroots, and worked with multiple groups, including NIAC Action, to help rally and organize supporters. The supporters who showed up at the Assembly District Election Meetings last Sunday to cast their vote for him, he said, were “quite literally” what made a difference – proving that the actions of just a few people can influence politics in a significant way. Such examples of active civic engagement within minority communities are more important than ever at a time when Iranian Americans and others could face major challenges under the new administration.

But Rahimi was not always interested in politics. Since President Obama’s election, Rahimi said he felt disillusioned by what he believed to be a “zero sum approach” exercised by Tea Party Republicans in Congress.

“[They] lost sight of the common good and decided that if they couldn’t have their way, they would rather take the ship down with them,” Rahimi added. “I felt disenchanted with our politics and, as a result, I disengaged.”

Since the election of Donald J. Trump, however, Rahimi realized he should have been more civically involved.

“I should have knocked on doors, made phone calls, and turned out the vote like I had the past two cycles,” he said.

So when he was presented with the opportunity to run on a delegate slate to represent Assembly District 17 at the State Democratic Party, he couldn’t say no. The slate, organized by Assemblyman David Chiu, seeks to further progressive values that a Trump presidency could potentially undermine, including civil rights, affordable housing, and campaign finance reform.

Born and raised in the Bay Area to Iranian immigrant parents, Rahimi’s interest in public policy began in the aftermath of September 11 when Bush-era rhetoric named Iran as part of the “Axis of Evil” and targeted Iranian Americans and other Americans of Middle Eastern descent or Muslim affiliation for greater surveillance and mistreatment.

Rahimi’s own experiences with a dual identity, as well as the increasing visibility of political issues involving Iran, like the Iran nuclear deal, motivated him to seek out organizations in his community that would enable him to make a difference.

Rahimi joined the Bay Area Iranian American Democrats (BAIAD) in 2006 and helped craft a 2007 resolution in support of diplomacy with Iran, which was ultimately passed by the California Democratic Party. He is also a board member of the Iranian American Bar Association (IABA) and the Pars Equality Center’s Generation Plus.

Through his work with these institutions, Rahimi has learned that the Iranian-American community has “the financial, educational, and cultural capital” necessary to be a visible and civically engaged community. “We just need to focus on translating these resources into political impact,” he said.

As an Assembly District Delegate, Rahimi will be responsible for attending party conventions, seeking popular endorsement of party ballot propositions, helping set the state party’s platform, assisting with the drafting of resolutions, voting for senior party leadership, and connecting with influential caucuses throughout the state and other lobbying efforts.

“My first priority will be to use this position as an opportunity to get to know people’s needs and goals within the district and reach out to start important discussions.”

Key areas of policy focus will be improving San Francisco’s transportation system, addressing increasing housing prices and homelessness, and increasing accessibility and affordability of higher education throughout the region.

“Many of these issues have roots throughout the Bay Area and the rest of the state,” said Rahimi.  “We must advocate for greater efforts at the regional and state levels to help solve these issues.”

Equally if not more pressing, as the Trump administration prepares to take over, Rahimi believes that greater vigilance and pressure through financial, legal, and political means will be essential to fight back and protect immigrant and minority communities.

“We have lots of interest and allies in this fight,” Rahimi said. “We need creativity and collaboration to defend the American values of equal treatment and equal opportunity.”