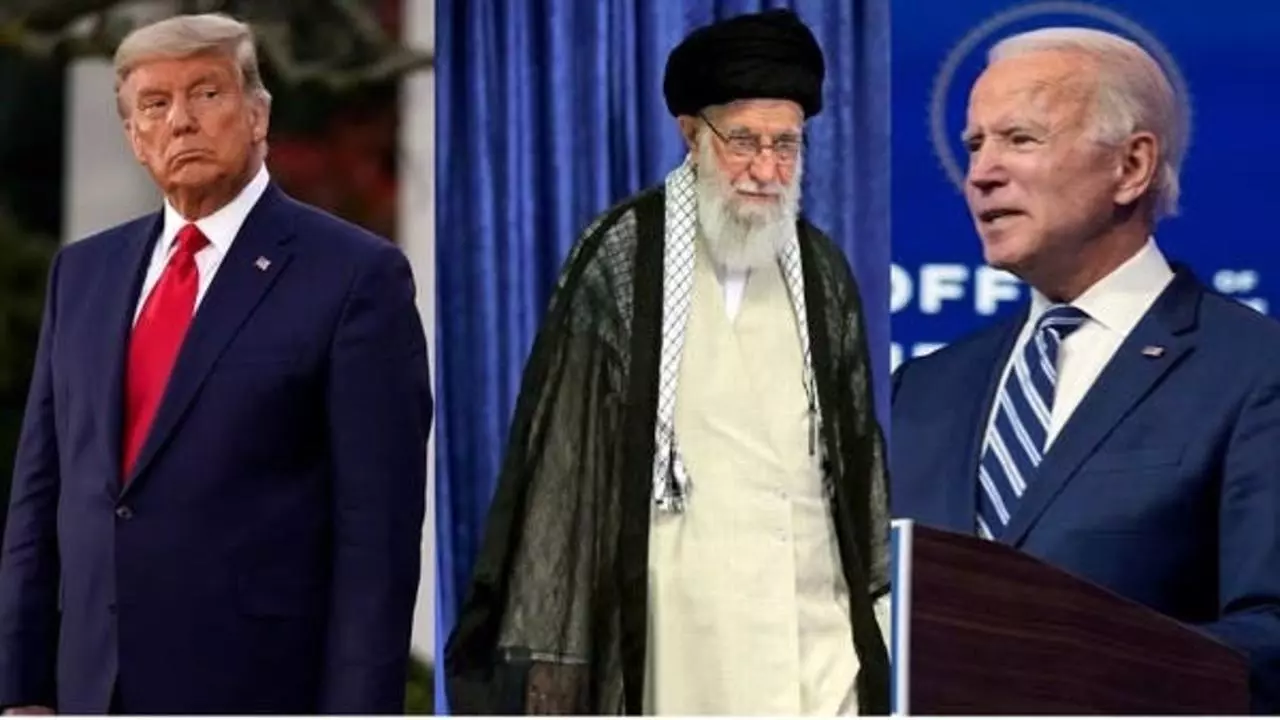 President Rouhani said the storming of the U.S. Capitol Building by supporters of U.S. President Donald Trump showed “Western democracy” was “weak and broken.” The attack led to five deaths and dozens of injuries and arrests.

Rouhani said the attacks reflected the “extremism of [political] competition” in America. Rouhani criticized Trump as a “populist” president and said: “We saw that when one unwell person comes and takes power what problems he creates for his country. I hope this becomes a lesson for the future heads of the White House.”

Ayatollah Khamenei voiced support for a JCPOA return. Khamenei stated: “The Islamic Republic does not insist nor is it in a rush for America to return to the JCPOA. Our rational demand is the lifting of sanctions and it is the duty of America and the Europeans to restore this usurped right of our nation.”

Khamenei said the issue of Iran receiving “compensation” from the U.S. should be discussed after a JCPOA return. He stated: “If the sanctions are lifted, the return of the JCPOA will have meaning. The issue of compensation which is part of our demands will be pursued in later stages. But without lifting the sanctions, America’s return of the JCPOA can even be harmful for the country.”

Khamenei also banned imports of “British and English” COVID-19 vaccines in his speech. He lauded domestic efforts to produce an indigenous vaccine.

Khamenei said the U.S. and UK want to “test” their vaccines on other nations. He cited a past incident where HIV was brought into the country via a French medical shipment.

President Rouhani said Iran would welcome the U.S. adopting “lawful behavior.” Rouhani compared the U.S. to a person in an “alley” who “throws rocks and breaks windows and then comes to his senses and says he no longer wants to break windows.” He said: “Shouldn’t we welcome this?”

Rouhani said that when the U.S. “repents” and goes back to its commitments [under the JCPOA], Iran will also abide by its commitments. His remarks were widely interpreted as signaling again his openness to a JCPOA return and negotiations with the Biden administration.

Hossein Shariatmadari, the editor-in-chief of the conservative newspaper Kayhan, blasted Rouhani’s remarks. He said Rouhani’s comparison of America to an alleyway troublemaker was “wrong,” “unfortunate,” and “ugly.” He said the correct approach to the Biden administration should be “breaking its bones.”

Shariatmadari asked why Rouhani “bizarrely” insists that America “repents for the countless crimes it has committed.” Shariatmadari said there is no difference between Trump and Biden and that Biden also supported the assassination of Iranian General Qassem Soleimani.

Shariatmadari also expressed support for the remarks of Soleimani’s successor, Esmail Gha’ani, who now heads the IRGC’s Qods Force. Gha’ani said on the anniversary of Soleimani’s assassination that it is “not unlikely that we will take vengeance for Soleimani within your home [America].”

A South Korean diplomatic delegation has gone to Tehran after a South Korean-flagged oil tanker was seized by the IRGC in the Persian Gulf. At the same time, the South Korean outlet Yonhap reports Iran seeks $1 billion dollars of its money that is being held in South Korea because of U.S. sanctions to be freed for purchasing medical equipment.

There is currently upwards of $7 billion of Iranian funds frozen in South Korea. The money is owed to Iran for oil that was already sold to South Korea.

The seizure of the South Korean tanker has been condemned by some as “hostage taking.” Iran says the tanker was seized because it was violating “environmental pollution” protocols. President Rouhani’s spokesperson has stated in this regard: “If anyone is a hostage taker it’s the South Korean government. Under false pretenses it has taken hostage over $7 billion of ours.”

The senior South Korean foreign ministry official in Tehran for the talks says the aim is to “discuss various paths” for the tanker’s release.  South Korean diplomatic officials have also met with the tanker’s crew and have said they are in a “healthy and secure situation.”

The Yanhap report says Iran also wants to use $10 million of its blocked funds in South Korea to give to the WHO for purchasing COVID-19 vaccines through its covax program.

President Rouhani’s spokesperson announced that uranium enrichment at the 20-percent level has restarted. On January 4th, spokesman Ali Rabiee said that “hours ago,” the “gas injection process” began and “within a few hours the first product of UF6 enriched uranium will be obtained.”

The Rouhani administration attempted to write the bylaws in a way that would delay the bill’s mandated nuclear expansion. However, according to one parliamentarian, speaker of parliament Mohammad Bagher Ghalibaf “cancelled” implementation of the Rouhani’s administration’s bylaws. The bill is called “Strategic Action to lift sanctions” and it requires drastically breaking the confines of the nuclear deal until the U.S. and other parties to the deal return to their sanctions relief obligations.

According to the parliamentary bill, Iran must also cease implementation of the additional protocol to its IAEA safeguards agreement by Feburary 21st if the U.S. fails to meet its JCPOA obligations. This would reduce the access of international inspectors to Iran’s nuclear facilities.

Deputy Foreign Minister Abbas Araghchi said if the U.S. suspends sanctions, Iran will suspend 20-percent enrichment. He stated: “The time when the sanctions are again lifted and the time when Iran again benefits from the lifting of sanctions, we can easily return to implementing our commitments [under the JCPOA].”

Araghchi added: “Iranians in the past four years have had many pains imposed on them because of sanctions and we are certain we won’t miss even one minute when it comes to lifting sanctions.”

Salehi said Iran currently has enough fuel for the Tehran Research Reactor to last five years. He says the 20-percent enriched uranium produced now will be stockpiled for later use.

Salehi said the AEOI was also in the process of installing more advanced centrifuges, which enrich uranium much faster than Iran’s current centrifuges. He said “320 IR-2m” centrifuges were already installed and that “within the next two or three months,” 1,000 IR-2m centrifuges will be operationalized as per the parliamentary law.

Salehi also said 1,000 IR-6 centrifuges will be installed and operationalized within one year, as also required by the parliamentary law.