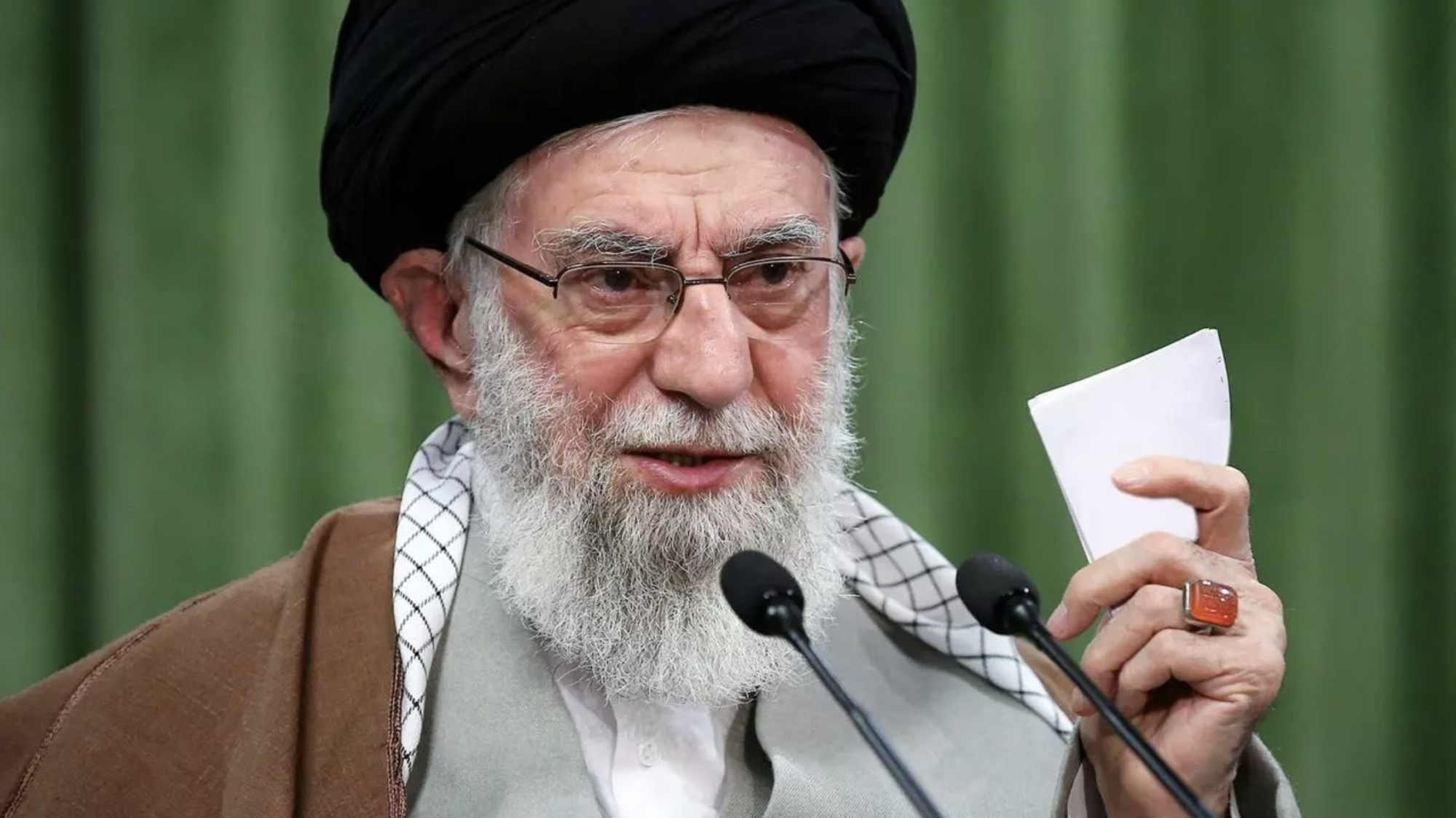 Khamenei Says Iran in “No Rush” for Talks Over JCPOA

Khamenei Says Iran in “No Rush” for Talks Over JCPOA

Ayatollah Khamenei gave a far-reaching speech on the occasion of the Iranian New Year, or Norooz. He talked about Iran’s economic conditions, the impact of U.S. sanctions, Iran’s upcoming presidential election, and negotiations with the U.S. over the JCPOA.

Khamenei said the Trump administration’s “maximum pressure” policy failed. He stated: “America’s slogan of maximum pressure failed. That previous idiot designed this maximum pressure policy to put Iran in a weak position and for Iran to come to the negotiating table and for him to impose his arrogant demands on a weak Iran.”

Khamenei added: “America with this awful thing [Trump] got lost. He himself and his country were disgraced. And Islamic Iran is standing with power and honor.”

Khamenei said if the Biden administration chooses to continue “maximum pressure,” it too will “get lost and be defeated.” Khamenei reiterated that Iran’s position on restoring the JCPOA is that America lifts all sanctions, Iran “verifies” this, and then Iran returns to compliance with the deal.

Khamenei said “America’s promises have no credibility” for Iran. Khamenei said, “some Americans have things to say about the JCPOA and say it must be changed.” He added: “Yes! The situation has changed in comparison to 2015 but it hasn’t changed in America’s favor, but to our favor.”

Khamenei added about “changing” the JCPOA: “Iran is much stronger today than in 2015. So, if the JCPOA is to be changed, it must be to Iran’s benefit. We neutralized the effect of sanctions.”

Khamenei then said “we are in no rush regarding this [U.S.] proposal” on the JCPOA. “He added: “Yes, we also believe that opportunities should be used but we will not hurry. This is because sometimes the dangers are more than the benefits [of rushing]. We rushed with the JCPOA.”

Khamenei said it makes no difference who goes first on returning to JCPOA compliance. He stated: “For some politicians in the world to say, first me, first you, what difference does this make? The issue is not first me, first you! We trusted the Americans during the time of Obama, and did things in accordance with the JCPOA. They didn’t abide by their commitments. On paper they said they lifted sanctions, but they scared away investors [from Iran]. Their commitments have no value for us.”

Elsewhere in his speech, Khamenei talked about boosting domestic production in Iran. He said despite sanctions, Iranian industries have boosted production and that this must continue in the next Iranian year.

Khamenei described the “economic siege and sanctions” against Iran as a “great crime.” He stated: “For them to sanction a nation in such a way that it cannot import medicine and medical equipment is a crime, and this crime is coming from a country like America.” He then said Iran has turned sanctions into an “opportunity” by indigenously producing more of the products it needs.

Khamenei said Iran has two paths it can take in response to sanctions. He said about the first path: “One is that we go to the sanctioning country and plead with them that they reduce or lift these sanctions. They will put some demands on the table that are the path to humiliation, degeneration, and backwardness.”

Khamenei said about the other path: “Another path is for us to activate our domestic forces and to produce sanctioned goods inside the country. When the opposing side sees this, it will fall into disarray, and this will lead to sanctions either being lifted or being made ineffective.”

Khamenei said the Iranian government should operate on the assumption that “sanctions will remain.” He said the focus should be on “making the country strong.”

Khamenei then talked about the upcoming Iranian presidential election in June. He called for a high turnout in the election and said that “even people who do not accept me, accept the slogan of a strong Iran.”

Khamenei said participating in the election will make Iran stronger. He said the “intelligence agencies” of the U.S. and Israel are trying to prevent participation in the election, stating: “they accuse the elections of being engineered, or make claims against the Guardian Council, or discourage people into thinking that they have no impact on the situation.”

Khamenei said “social media” was being used by the U.S. and Israel to influence the Iranian population. He stated in this regard: “All countries in the world regulate social media but we are proud that we have left it alone. The enemy uses this space to reduce the public’s participation in the election using psychological means. Social media must be managed. Undoubtedly, the people should use this medium and this is a medium of freedom for people. This is good but this medium should not be given to the enemy to use against the country and to conspire against the nation.”

Khamenei then said the “most important and consequential post” in the country is the presidency. He rebuked “those who say the president has no authority.”

Rouhani says a JCPOA Return is his Top Priority

In his weekly cabinet meeting, President Rouhani said a JCPOA return will be his top priority during his remaining time in office. He said that in the next four months, the return “of all sides to the JCPOA” will be the “number one aim” of his administration. Iran’s presidential election is in June and the next president will be inaugurated in August.

Rouhani said he will not miss an opportunity to lift sanctions, stating: “We won’t lose a minute to lift oppressive sanctions.”

Rouhani also cited Khamenei’s Nowruz speech in calling for a JCPOA return: “The highest official in our country said very clearly that if you return to your commitments in a real and serious manner, we will also return to all our commitments. He didn’t make any exceptions. You abide by all the JCPOA and we will abide by all the JCPOA. This is the number one aim that we will pursue in these next four months.”

The UN Human Rights Council has extended the mandate of Javaid Rehman, the UN’s Special Rapporteur for Human Rights in Iran, for another year. Rehman in this position produces annual reports on the situation of human rights inside Iran.

The Council called on Iran to cooperate with Rehman and give him access to the country. The resolution extending Rehman’s mandate was introduced by Iceland.

Rehman is a British-Pakistan legal scholar and professor of Islamic Law and International Law in London. In his recent report on Iran, he asserted that women in Iran are “treated as second class citizens.”

Iran’s foreign ministry denounced the extension of the UN Human Rights Rapporteur’s mandate.  Foreign Ministry Spokesperson Saeed Khatibzadeh said that in the past 10 years since the UN human rights rapporteur position for Iran was created, “one-sided claims have been made against Iran” by the “supporters of the rapporteur’s agenda.”