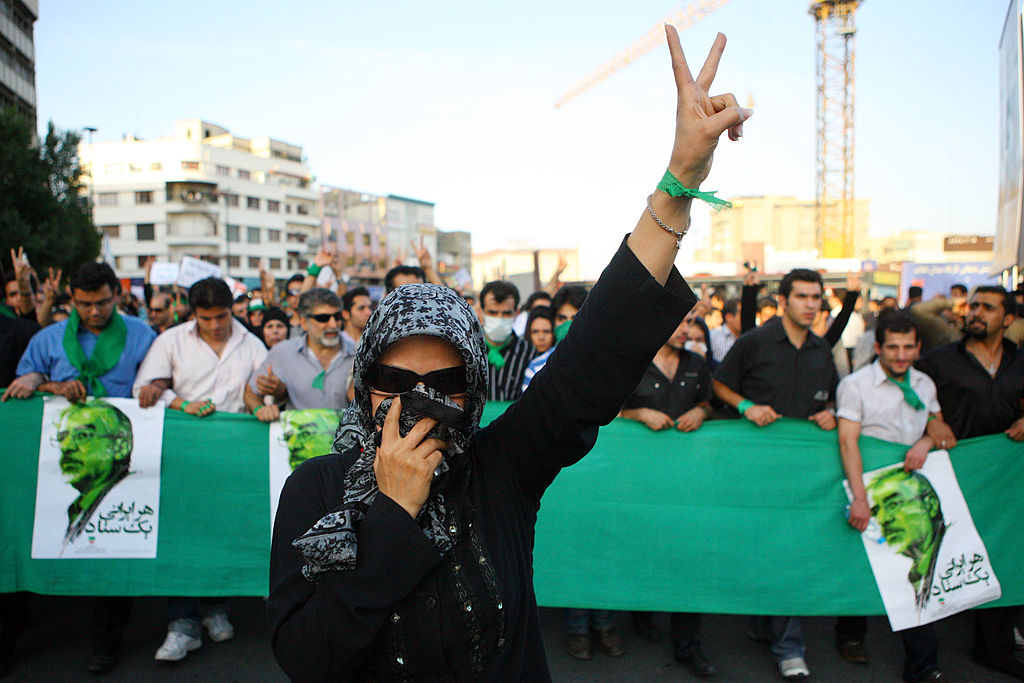 The Journey of an Iranian-American Scholar: An Interview with Dr. Pouya Alimagham

Like many immigrant groups in the United States, Iranian Americans carry their heritage and history with them to their new home. Much of the Iranian-American population immigrated to the U.S. after the tumultuous revolution of 1979. In that respect, a large portion of this diaspora are recent immigrants who also carry memories from Iran. It is important not to understate the impact of those memories, that history, and this identity in the lives of Iranian Americans across the spectrum of ethnic, religious, and political backgrounds.

For many in the diaspora, their work overlaps directly with their experiences and hyphenated identities. The world of academia is no exception. Many of the most prominent scholars on Iran are of Iranian heritage, a fact that is especially true for a new generation of scholars that were born after the revolution and came of age in a post-9/11 world. Like the generation before that was influenced by Cold War dynamics, these young scholars situate our contemporary world within a framework that informed their world-views.

One such scholar that I am proud to call an old friend is Dr. Pouya Alimagham. Born in Iran after the revolution, Alimagham immigrated to the United States with his family when he was two years old. Despite leaving at a young age, he recalls faint images and distant memories of his family’s fear during the Iran-Iraq War. Memories at that age often stick because of the depth of their trauma. For Alimagham, the desire to understand more about Iran, its history, and its people put him on a path towards a PhD, research, and teaching. A historian of the modern Middle East, Alimagham teaches at MIT and will have his first book published by Cambridge University Press in April 2020.

In Contesting the Iranian Revolution: The Green Uprisings, Alimagham unpacks the Islamic Republic’s narrative regarding the 2009 Green Movement, which erupted into demonstrations against fraudulent election results and evolved into a protracted protest movement that revealed deeper fissures in Iranian society. He uses a wealth of primary sources to cover a 40-year period in order to contextualize the Green Movement within the broader history of Iran’s 1979 revolution.

The central issues Alimagham presents are the need to challenge the state’s official narrative, situate the events of 2009 within a greater understanding of the events of the past 40 years, especially 1979, and examine the long-term consequences for the Iranian government. The fact that protestors in 2009 used the slogans and symbols of 1979, but subverted them for their own purposes illustrates the complexities of the Green Movement and Iranian politics. Despite the proclivity of U.S. media and policy wonks to reduce Iran’s political history and milieu into simple dichotomies, Alimagham highlights a population with diverse political ideas, calculated responses, and the capacity to evolve.

The study investigates the state’s narrative and how the Islamic Republic exploits revolutionary discourse, for instance in the cases of Palestine and Islam, specifically the emotive symbolism of Shiism, in the construction of its self-affirming ideology. But the book’s chief contribution to the scholarly canon is its focus on the bottom-up movement and detailed outline of how Iranian protestors, following the 2009 elections, adapted in real-time and appropriated the revolution’s symbolism to hold the Islamic Republic accountable—with repercussions that transcend 2009.

An important contribution to the study of Islam, Shiism, contemporary Iranian history and the genealogy of contentious politics in Iran, Alimagham’s book is beneficial to the scholar and the novice in understanding the country beyond the limited framework presenting in the U.S. media. In the precarious political moment in which we find ourselves, the book is especially useful to an American audience that hears of Iran a great deal, but with little substance. As Alimagham explains, the events of 2009 represent a “tectonic shift,” understanding it may help us shed light on our current political affairs.

You can listen to the conversation here.