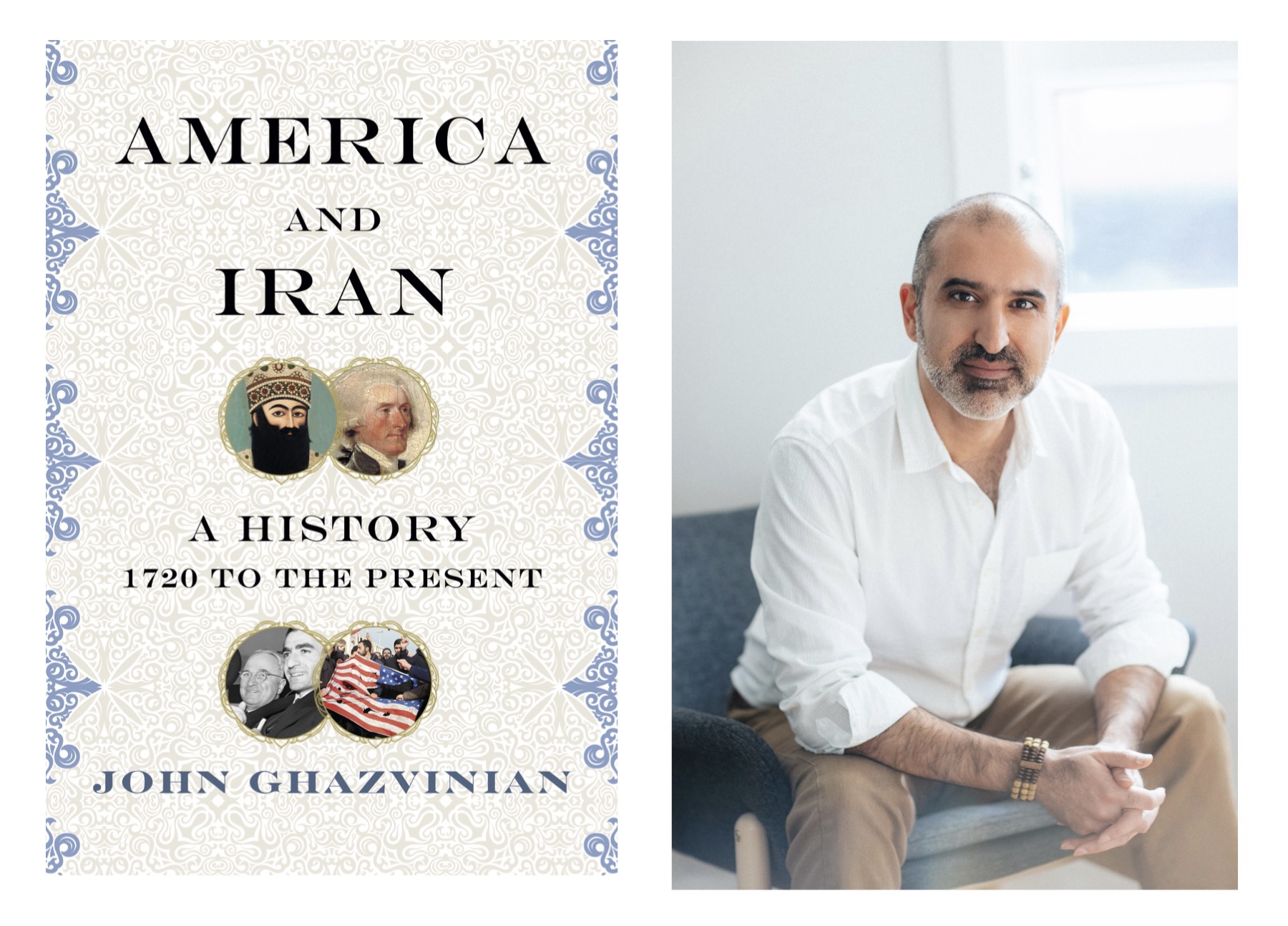 In his new book, America and Iran: A History 1720 to the Present, John Ghazvinian explores a history that goes beyond the all too familiar political talking points of these two contemporary adversaries. For anyone paying attention to the news cycle, the fraught relationship between the United States and Iran may appear like a historic and even inescapable hostility. Both Americans and Iranians are quick to point to their mutual grievances. For Americans the moment of original sin is the U.S. embassy seizure of November, 1979. But for Iranians the original sin of the U.S. dates back to the coup of 1953 that ousted Prime Minister Mossadeq, reinstalled a despotic king, and altered not only the course of Iranian history, but also of U.S.-Iran relations.

However, as Ghazvinian aptly argues, these chosen historical moments only tell part of the story. This monumental book looks at how Iran and Iranians were thought of in North America even before the establishment of the United States. Newspapers in the 1720s wrote about Iran with fascination, as an ancient civilization with stories of empire and well-known biblical figures like Cyrus the Great. For Iranians, their first exposure to Americans came in the early 19th century as Presbyterian missionaries arrived. These missionaries did little in the way of conversion, instead the schools and clinics they built left a positive view of Americans and influenced Iranian society.

Crucial to this story, as Ghazvinian includes in his chronological telling of Iran’s modern history, is the historical context of Russian and British encroachment on Iranian land, resources, and sovereignty in the 19th and 20th centuries. Today, it may be a point of irony that Iranians saw the U.S. as a possible savior from British and Russian political intrigues. Of course, after the Bolshevik revolution, the fall of old empires, and two devastating world wars, a new world order rose in which the role of the United States changed dramatically.

The impact of U.S. policy on Iran’s contemporary state of affairs cannot be denied. Ghazvinian examines this influence in great detail, from the 1953 coup, to unfettered support for the dictatorial Shah, and a strategy of containment that has been an integral part of U.S. foreign policy in varying iterations for over 40 years. The author also provides viewpoints from inside Iran and the complex political spectrum of Iranian society. In Ghazvinian’s telling, neither the U.S. nor Iran are passive observers of events, instead the author is careful to look at the agency of different historical actors.

Ghazvinian’s book is a must read for anyone interested in the history of U.S.-Iran relations and modern Iran. Clearly written and accessible to expert and novice alike, the book does more than present the past. Ghazvinian’s study offers a hopeful look to a future where mutual grievances can give way to mutual understanding, and where U.S. policy is predicated on national and global interests over supposed ideological divides. But, as the author rightly notes, that future will require more than the nuclear deal, “All this points to the fundamental problem that the nuclear issue cannot be dealt with in isolation from the much larger issue of political hostility between the United States and Iran.”

In revealing the long history of shared admiration between the United States and Iran, Ghazvinian debunks the myth of a clash of civilizations. Enmity need not be inevitable between the U.S. and Iran; the notable détente achieved with the 2015 nuclear deal is a testament to that fact. It is far too easy to get lost in the ongoing theatrical melodrama of both sides, but if we are to forge a new path of peaceful relations we must move beyond such shallow rhetoric. Ghazvinian’s book does precisely that by providing a longer view of this historic relationship and a reminder of how we are, in fact, more similar than we may believe.

Get your copy today! Available here.